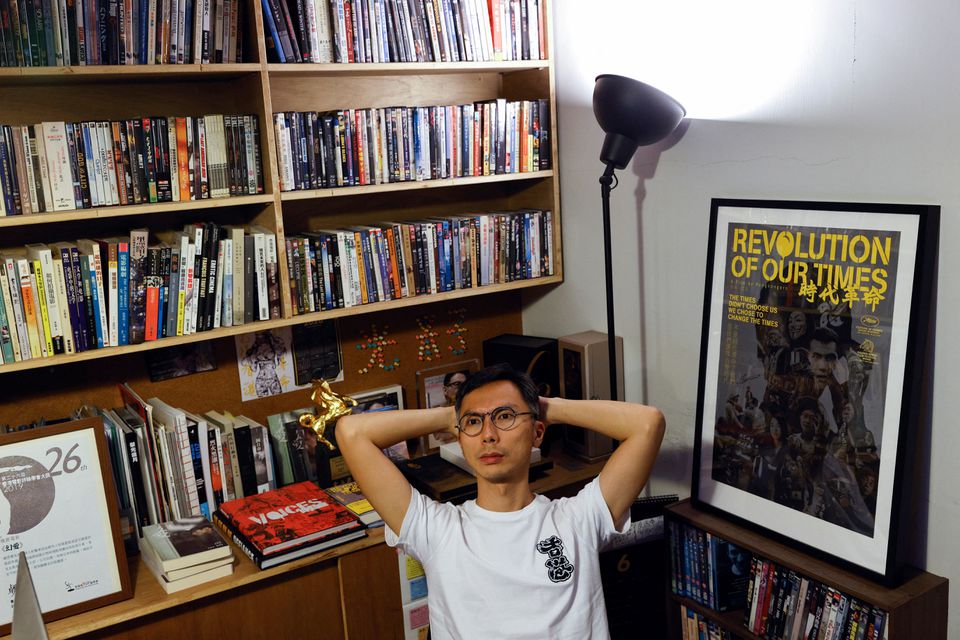 The director of a documentary about pro-democracy protests in Hong Kong defended his film on Friday as a truthful historical record after the city's police chief advised people not to watch it.
Fears of falling foul of a national security law imposed on the city by Beijing in 2020 have escalated and some residents have said they have opted not to watch the film, "Revolution of our Times", in another sign of creeping self-censorship.

"What kind of a world is it, if even watching a film at home is illegal?" Chow told Reuters in an interview at his production house, stacked with DVDs of classic movies and film posters.

"It's a basic freedom to watch a movie."

The 2019 protests in Hong Kong challenged what many city residents saw as China's squeeze on the freedoms in the former British colony, which reverted to Chinese rule in 1997 but kept a measure of autonomy.

Chow's film was released internationally to critical acclaim at the Cannes Film Festival last July. It had not been available in Hong Kong, however, until June 1 when it was released on the video streaming site Vimeo.

Under the security law, authorities outlawed the protest slogan "Revolution of our Times", which Chow made the film's title, and authorities tightened censorship in October to "safeguard national security".

Critics say the security legislation has eroded freedoms in Hong Kong and led to scores of arrests, but authorities say it is needed to restore stability and safeguard its economy.

Hong Kong police chief Raymond Siu told the South China Morning Post this week he would "advise" people not to watch or download the film if they were not sure about the legal risks.

A police spokesman declined to clarify whether watching the film or downloading it is illegal, when asked by Reuters.

"The police won't comment on individual circumstances," the police said in an email.

The Vimeo website showed more than 81,000 clicks on the film webpage as of Friday afternoon. Chow declined to confirm how many people had purchased or rented the film in Hong Kong, saying the website is available to people in 78 countries. Chow added that he had sold the film's copyright to someone overseas.

Some Hong Kong residents said the legal ambiguity had spooked them, with the possibility that online payments for the film could be traced.

One office worker who asked to be identified only by her surname, Ho, said her husband was worried after she bought the film online but had agreed to watch it.

She said it stirred painful memories of a pro-democracy movement upon which many young people had pinned their hopes for the future.

"I haven't finished watching it. I watched the beginning and got too emotional and wanted to cry," she said.

In the democratic island of Taiwan, the film won a prestigious Golden Horse award and broke a box office record.

Chow said he considers the two-and-a-half hour documentary his most important work after a two-year struggle to get it produced.

"Films can record history, but they can also change history. I insisted on releasing it now to confront the current political environment. This is the power of film," said Chow.

"My greatest hope is this film creates a dialogue with the viewer's conscience," he said.

He wants to continue directing in his hometown and has no plans to leave, as many people have done.
Add Comment