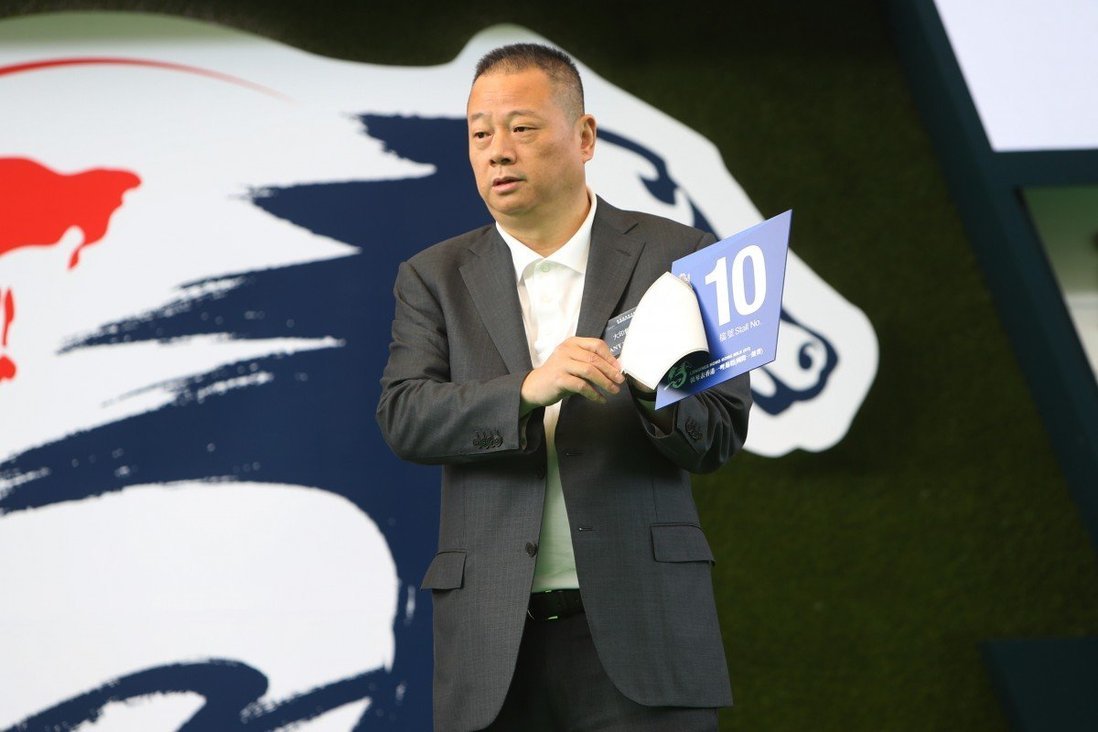 In just five years, Hong Kong property tycoon Pan Sutong has gone from ranking among Asia’s wealthiest people to having his company’s flagship headquarters seized by creditors chasing more than US$1 billion of debt.

In just five years, Hong Kong property tycoon Pan Sutong has gone from ranking among Asia’s wealthiest people to having his company’s flagship skyscraper seized by creditors chasing more than US$1 billion of debt.

It’s a swift fall from grace for Pan, 57, who was Asia’s fourth-richest man in 2015 with a net worth of US$27 billion, according to the Bloomberg Billionaires Index. But after shares of his Goldin Financial Holdings plunged and with most of his properties locked up as collateral for loans, he has fallen off the list of the world’s 500 wealthiest people.

Pan’s initial wealth came from dealing in and then manufacturing electronics, an area he ventured into after moving to Hong Kong from California, where he’d spent his teens skipping school and hanging out at his family’s chain of Chinese restaurants. He transitioned to property investing in 2008, a few years into a red-hot boom that would mint numerous fortunes in Hong Kong and make it one of the world’s most expensive real estate markets.

He now joins other investors in Hong Kong who overextended themselves during the boom, only to be undone as months of civil unrest and the coronavirus pandemic plunged the city into its worst recession on record. 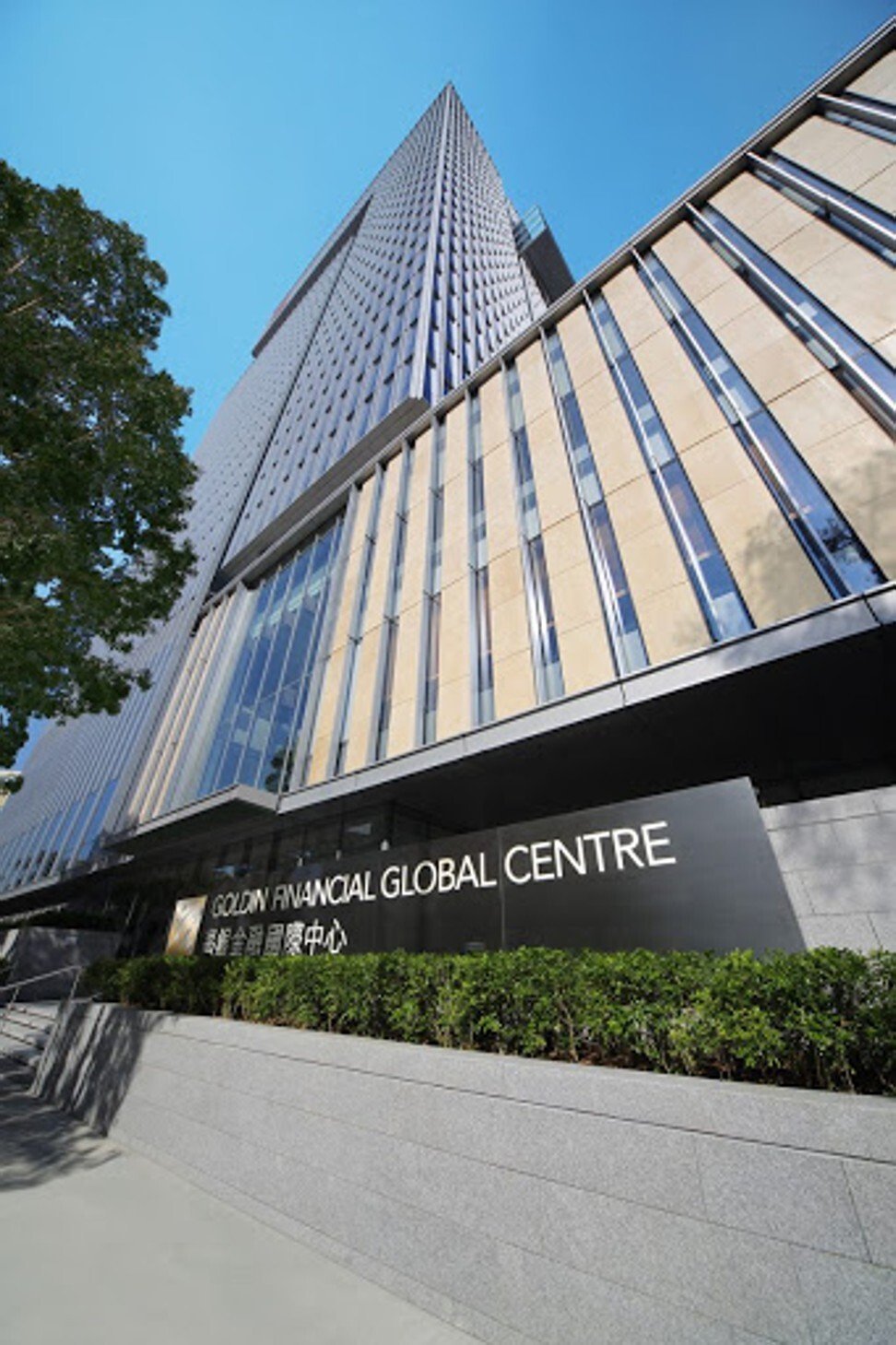 Tang Shing-bor, a veteran investor known as the “Shop King” for his vast holdings of retail properties, is seeking to sell billions of dollars of real estate. A group of investors who paid US$5.2 billion for The Center in the world’s most-expensive office deal, have been unable to flip floors in the building as the market ground to a halt last year.

“Asset seizures are very company specific,” said Edward Chan, a credit analyst at S&P Global Ratings in Hong Kong. “If property seizures happen, then the company must be in a very bad financial position, with high debt and leverage.” He declined to comment specifically on Goldin’s situation because S&P does not cover the developer.

Pan, and Goldin, racked up around HK$38 billion (US$4.9 billion) of debt between May 2017 and September 2020 for four Hong Kong properties, according to stock exchange filings and data compiled by Bloomberg. At least US$1 billion of that remains outstanding and tied to Goldin, the filings show. 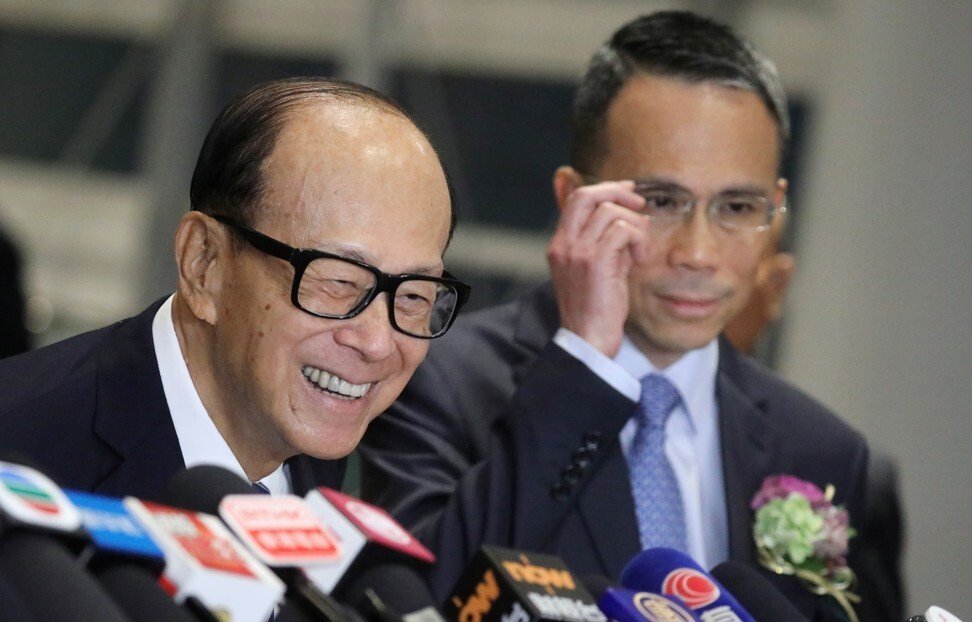 Tycoon Li Ka-shing with his son Victor Li Tzar-kuoi, chairman of CK Asset Holdings, during its annual dinner in January 2020.

Even a US$1.1 billion loan in September from CK Asset Holdings, backed by Hong Kong tycoon Li Ka-shing, was not enough to help Goldin.

The loan, offered to a unit that owned the firm’s flagship Goldin Financial Global Centre office tower in Kowloon, was to repay HK$3.4 billion of borrowings by intermediary parent companies, Debtwire reported in August. The security trustee on the loan is applying to a Bermuda court for Goldin Financial to be wound up.

Pan moved from manufacturing consumer electronics such as mobile phones and MP3 players to property in 2008, when he renamed his electronics firm Goldin Properties Holdings and bought a listed company, christening it Goldin Financial. Goldin Properties was delisted in 2017 and Pan owns a controlling stake in both firms.

Goldin Financial’s downfall can be traced back to Pan’s strategy of splitting ownership of properties between the company and his own private interests. 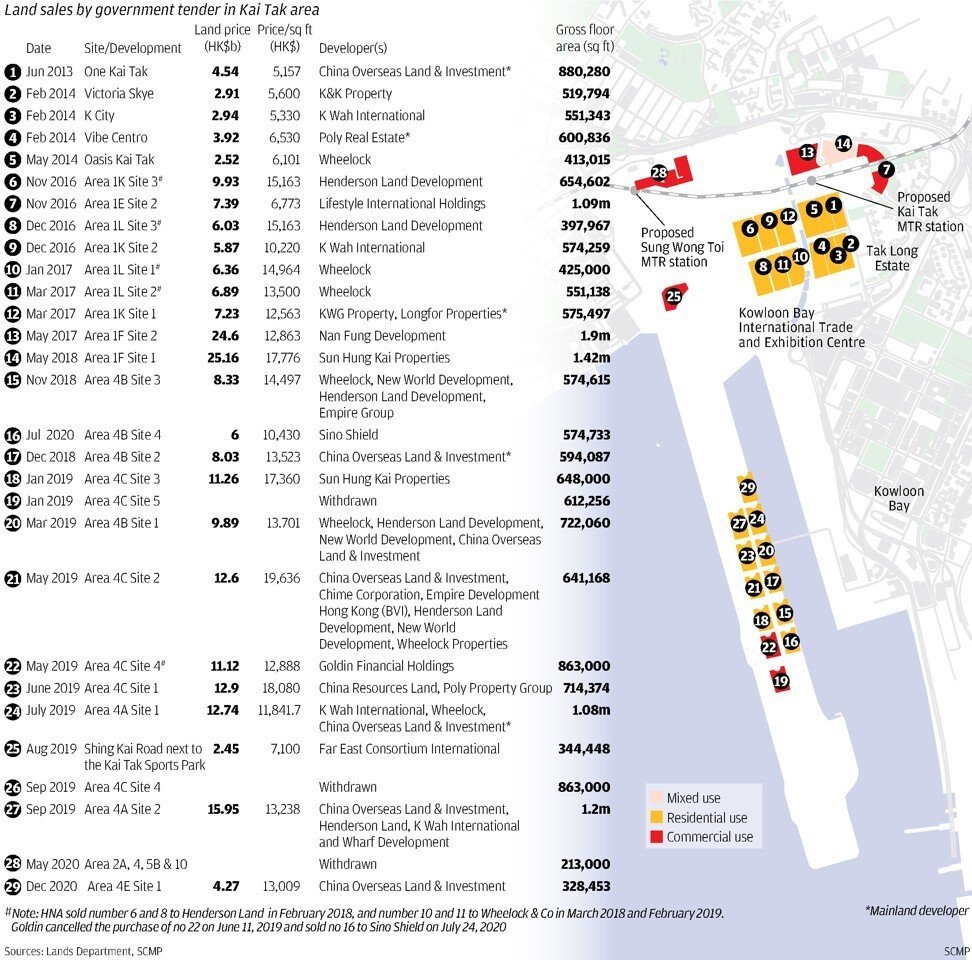 But starting in 2018, Pan decided he wanted to take full ownership of one of the residential properties and a majority stake in another, which are located in Kowloon’s prestigious Ho Man Tin neighbourhood and offered good profit potential.

In turn, he sold his share in the other two assets to his listed company. These included 40 per cent stakes in the Goldin Financial Global Centre, his firm’s flagship office tower that was saddled with debt, and an expensive land parcel near the former Kai Tak airport that would have been costly to develop.

As a result, Pan became sole guarantor for a HK$7.19 billion loan for one of the residential developments, according to people familiar with the matter. At least four banks involved in the loan did not agree to the terms of the deal and exited, they said, declining to be identified as they are not authorised to speak publicly. This made it harder for Goldin Financial to close subsequent credit lines.

Pan did not respond to a request for comment. A spokesperson for Goldin Financial said the company does not comment on Pan’s investments that are not related to the company.

The Kai Tak project subsequently hit snags. In late 2019, Goldin Financial failed to raise a loan partly to fund development of the site, the people said. The firm later sold the plot for about HK$3.5 billion, less than half what it had paid in 2018, stock exchange filings and a government land tender announcement show.

The company’s headquarters is at the heart of an asset grab by creditors after Goldin Financial failed to make timely payments on its outstanding debt. In July, lenders of the HK$3.4 billion loan demanded immediate repayment, while holders of a HK$6.8 billion senior bond threatened to take over the office block, which had been pledged as security.

Eventually, the receivers linked to the bonds successfully applied to Hong Kong’s High Court to take control of the 27-story building, and were granted ownership in September. They have since entered an agreement to sell the building after a months-long tender.

Goldin said in an exchange filing on Sunday that it’s been told by the receivers that the skyscraper’s sale will be sufficient to repay both the bond and the outstanding loan. The listed company also said that its board is confident that once the sale is completed, legal proceedings relating to the bond and the loan “will be resolved amicably.”

The sale will put Goldin Financial in the unenviable position of going from landlord to tenant as the building housing its headquarters passes from its ownership, a move that mirrors Pan’s own decline in fortunes.