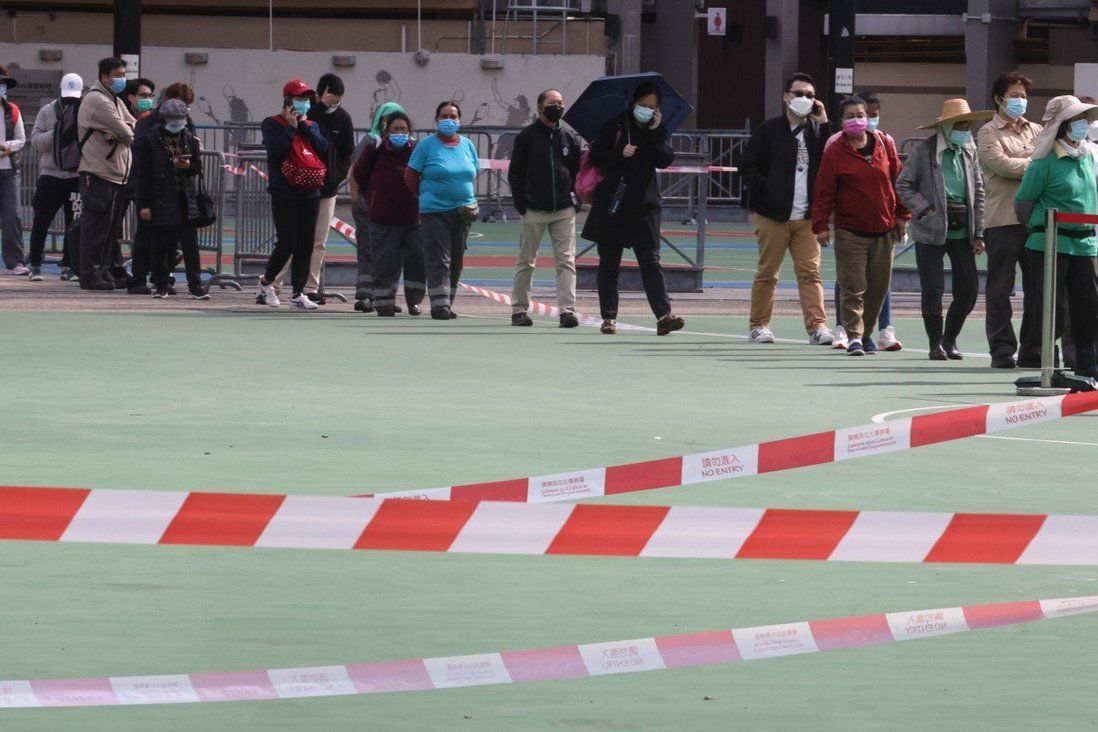 The grim projection by property agents comes as total transactions plunged to a 25-month low of 3,992 deals in February, according to data from Centaline.

Hong Kong’s property market is set to enter deep freeze as the city braces itself for a large-scale lock down as part of a universal Covid-19 screening drive later this month, according to agents.

The grim projection comes as total transactions for residential, commercial and industrial real estate as well as parking spaces plunged to a 25-month low of 3,992 deals in February, according to data compiled by Centaline Property Agency.

“Property sales in March will definitely be fewer than those in January and February as most people are concerned about their health and what to do if they become infected with Covid-19,” said Victor Lai Kin-fai, managing director of Centaline Surveyors.

“The property market, especially first and secondary residential sector, will go into deep freeze this month.”

The government is expected to impose a “large-scale lockdown” as part of its universal coronavirus testing drive in the second half of the month, according to sources, as officials confirmed more than 32,500 new infections on Tuesday.

“Some retail chains have either closed part of their shops or shortened their opening hours. Home seekers will delay their buying decisions as the city is clouded by lots of uncertainties,” said Lai.

As there is a delay between signing a property deal and registering it with the Land Registry, the figures tend to reflect the situation a month earlier.

The primary residential market saw the biggest drop, with the volume of new homes sold falling 55.4 per cent to 479 deals, the lowest in more than three years.

The government’s Land Registry has not yet released the official figures for February.

Most developers held back their project launches last month when the Covid-19 situation became serious after the Lunar New Year at the start of February.

Sales of used homes fell 22.5 per cent to 2,268 from January, while their total transaction value declined 18 per cent to HK$22.5 billion.

The ferocious wave of Covid-19 cases has given buyers reason to stay away. Hong Kong recorded 32,597 new Covid-19 cases on Tuesday, the fifth consecutive day of five-digit infections.

The fifth wave of the pandemic in Hong Kong and tightened social distancing restrictions will materially suppress retail and residential sales in the first half of 2022, according to Moody’s Investors Service.

“The fallout … will be credit-negative for rated Hong Kong property companies that have significant retail and residential exposures as their revenues will drop from already depressed levels,” said Stephanie Lau, a Moody’s vice-president and senior credit officer.

The credit ratings company expects a contraction in the overall value of primary residential sales in 2022 because of the stringent social distancing measures, largely driven by a drop in the number of units that change hands.

Residential prices will be subject to a low- to mid-single digit decline in the coming six months, said Moody’s.

Last week Ricacorp Properties forecast a 4 per cent fall in prices in the first quarter of the year before a rebound once the fifth wave of coronavirus is brought under control.