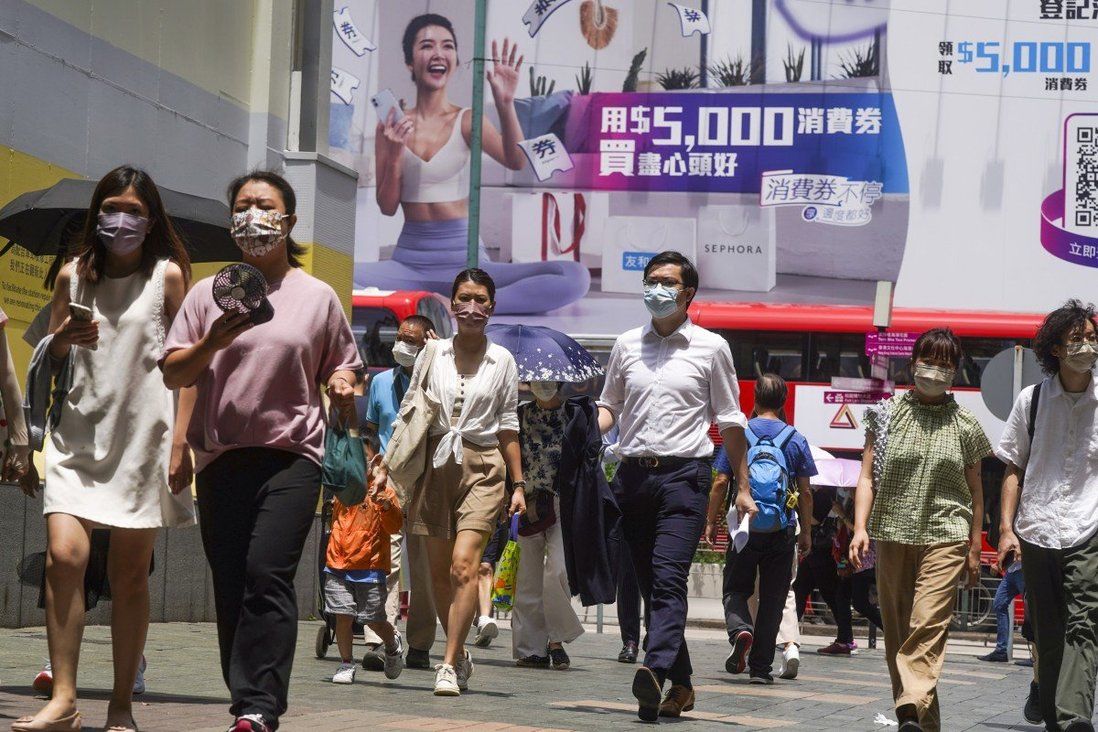 Fifteen malls under Sun Hung Kai Properties will offer more than HK$8 million in perks to recipients of government-issued electronic vouchers in April.
Developer Sun Hung Kai Properties has become the first to offer a variety of perks and discounts for Hong Kong shoppers looking to splash out when they receive the first half of their HK$10,000 (US$1,280) in electronic consumption vouchers in April.

Sun Hung Kai is the first among mall and e-payment operators to offer incentives to potential customers since the government announced the return of e-vouchers in February.

The developer said the perks would coincide with its special offer for medical workers, who could receive a “thank you pack” containing vitamin C tablets and dining coupons worth HK$20 upon displaying their work passes.

From April 1 to May 15, members of the company’s app “The Point” will be offered bonus points based on the amount they spend using government-designated e-payment platforms, namely Octopus Cards, AlipayHK, WeChat Pay HK and Tap & Go.

Alipay is operated by Ant Group, an affiliate of Alibaba Group Holding, which owns the Post.

From March 28, shoppers can register to redeem bonus points when the scheme starts on April 1, allowing points to accumulate and be spent at malls in the property developer’s portfolio.

Meanwhile, more than 6.3 million Hongkongers who signed up to the consumption voucher scheme last year will automatically receive the first batch of HK$5,000 e-vouchers in April, pending the announcement of the launch date.

The other HK$5,000 is expected to be distributed during the summer.

Financial Secretary Paul Chan Mo-po previously said the distribution of the first round of e-vouchers would depend on the intensity of the fifth wave of Covid-19, with strict social-distancing curbs having been set to remain in place until April 20.

But authorities pledged on Monday that they would gradually phase out restrictions from April 21.

At least 17 types of premises, including gyms, beauty parlours and entertainment venues, would still be closed when the first round of e-vouchers were potentially issued, leaving owners unable to benefit from the spending boost.