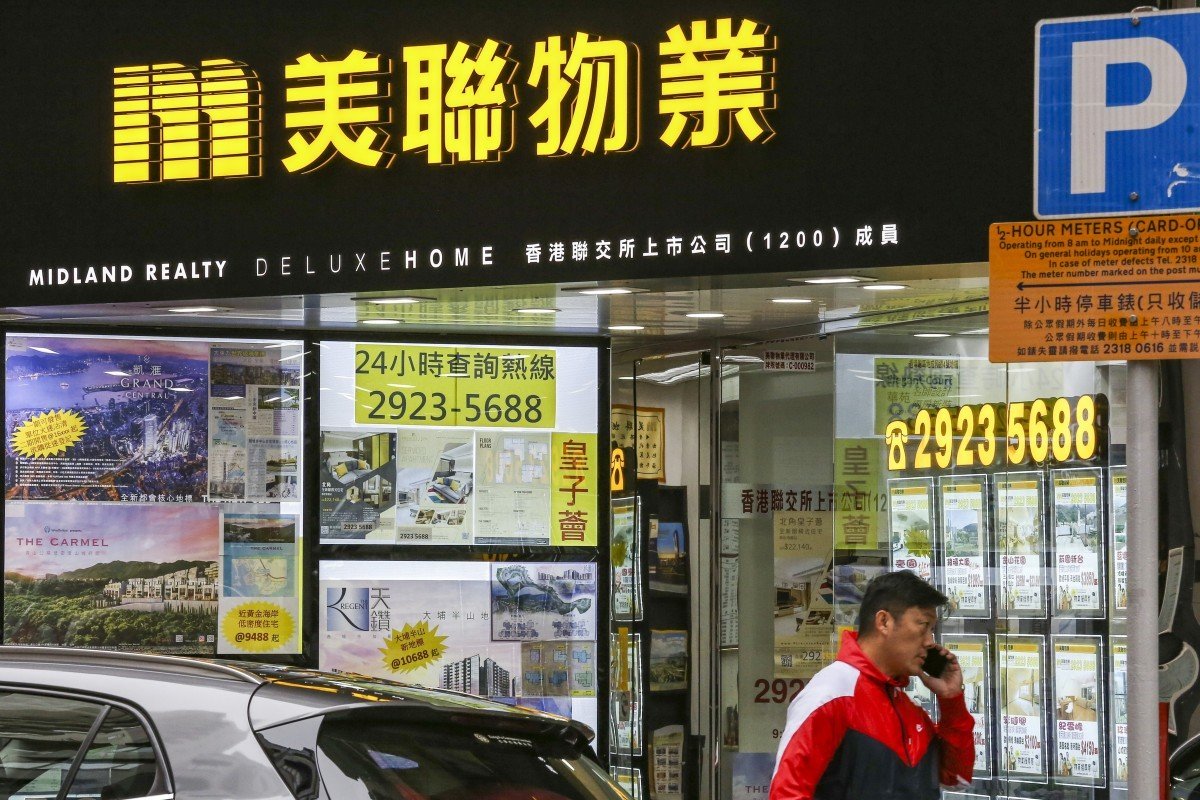 Revenues declined by 15 per cent in the first half, reflecting the uncertain conditions Midland had to operate in as the city grapples with an unprecedented recession.

Midland Holdings, one of Hong Kong’s largest property agents, lost HK$24.3 million (US$3.1 million) in the first half, a reversal of the HK$94 million profit it reported a year ago and its worst interim results since 2016. Midland, one of Hong Kong’s largest property agents, lost HK$24.3 million (US$3.1 million) in the first half.

Revenues declined by about 15 per cent to HK$2.5 billion in the period, reflecting the uncertain conditions that it had to operate in as the city grapples with an unprecedented recession. The economy has been crippled as the coronavirus pandemic compounded damage already done by last year’s social unrest.

Its non-residential property sibling, Midland ICI, also reported a loss of HK$7.8 million in the period, compared with profit of HK$21 million a year ago. Revenues plunged by more than half to HK$141.4 million.

While measures to stem the spread of Covid-19 were relatively successful, they caused a halt in business activities that slashed company revenues, and triggered salary cuts and redundancies for many workers.

“The net loss recorded during the reporting period was mainly attributable to the adverse market conditions caused by the unprecedented Covid-19 pandemic and the associated combating measures in Hong Kong and mainland China,” the company said in a filing to the stock exchange.

These measures, it added, led to a significant drop in property prices and transactions in January to June.

“The initial Covid-19 outbreak at the beginning of 2020 hit the primary residential market particularly hard. In addition to potential buyers adopting wait-and-see attitudes, the disease prevention and control measures such as the prohibition on group gathering imposed by the Hong Kong government prompted hesitation among developers in launching new projects,” the company said.

“In the three-month period from February to April 2020, only a few new projects were launched.”

New home sales and prices were both down by about half in the first six months of the year, data from the Land Registry showed.

Midland’s chairman, Wong Kin Yip, predicts a 19 per cent drop this year in the number of new homes changing hands, to 15,000, and a 4 per cent increase in secondary transactions.

“As the pandemic comes under control, and Hong Kong’s borders have opened up, capital may flow in from [mainland China],” he said. “Property prices
may see a u-shaped rebound in the fourth quarter and a 3 to 5 per cent increase in 2020.”

In July, a resurgence in Covid-19 cases in Hong Kong further dampened the local residential market, with transactions dropping 12 per cent month on month to 6,133.

Home prices also continued to fall. So far this month, there have been close to 30 residential transactions sold at a loss, according to agents.

“We expect prices of both mass and luxury residential properties to drop by about 5 per cent in full-year 2020,” according to Knight Frank’s latest report.