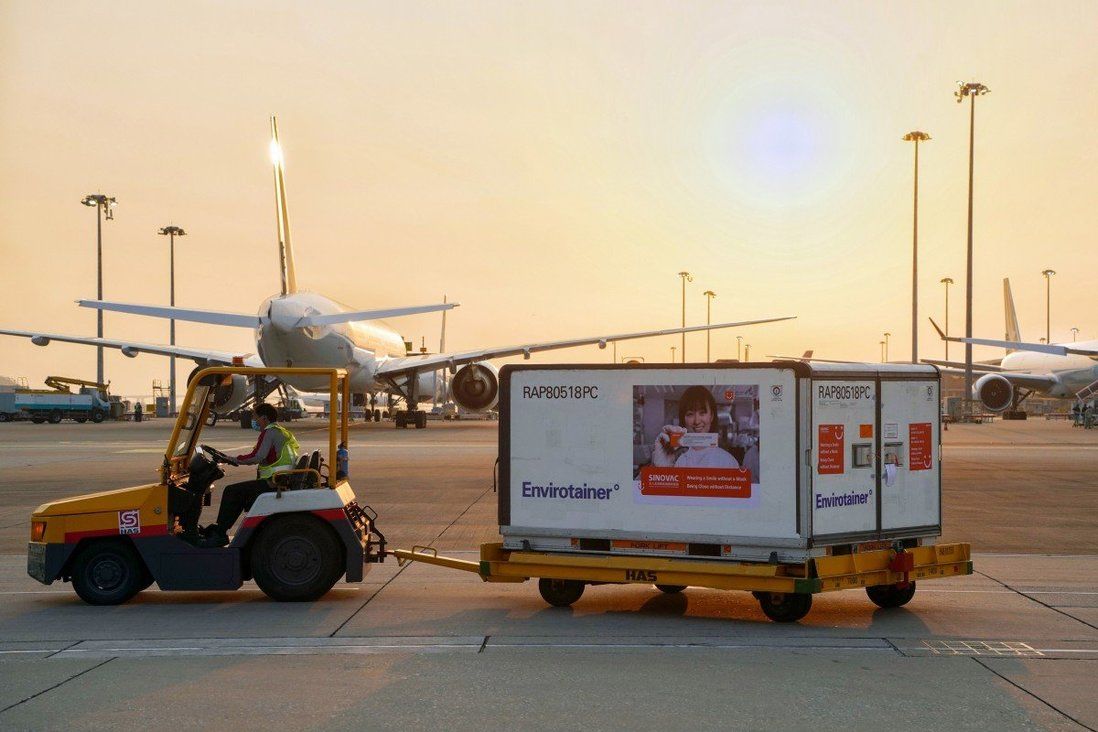 Hong Kong health authorities on Tuesday night revealed that they were investigating the death of a chronically ill man two days after he received China’s Sinovac Covid-19 vaccine, but cautioned that no connection had been ascertained yet.

The Department of Health said the 63-year-old man had received the shot on February 26 at Kwun Chung Sports Centre in Jordan, one of the government’s designated vaccination sites.

He was sent to Queen Elizabeth Hospital on February 28 after suffering shortness of breath.

A source said the man had suffered a cardiac arrest soon after he was admitted, and died on the same day after failed resuscitation attempts.

“At the moment, the causal relationship with the vaccination cannot be ascertained,” the department said in a late-night statement, adding that it was seeking more information from the Hospital Authority. 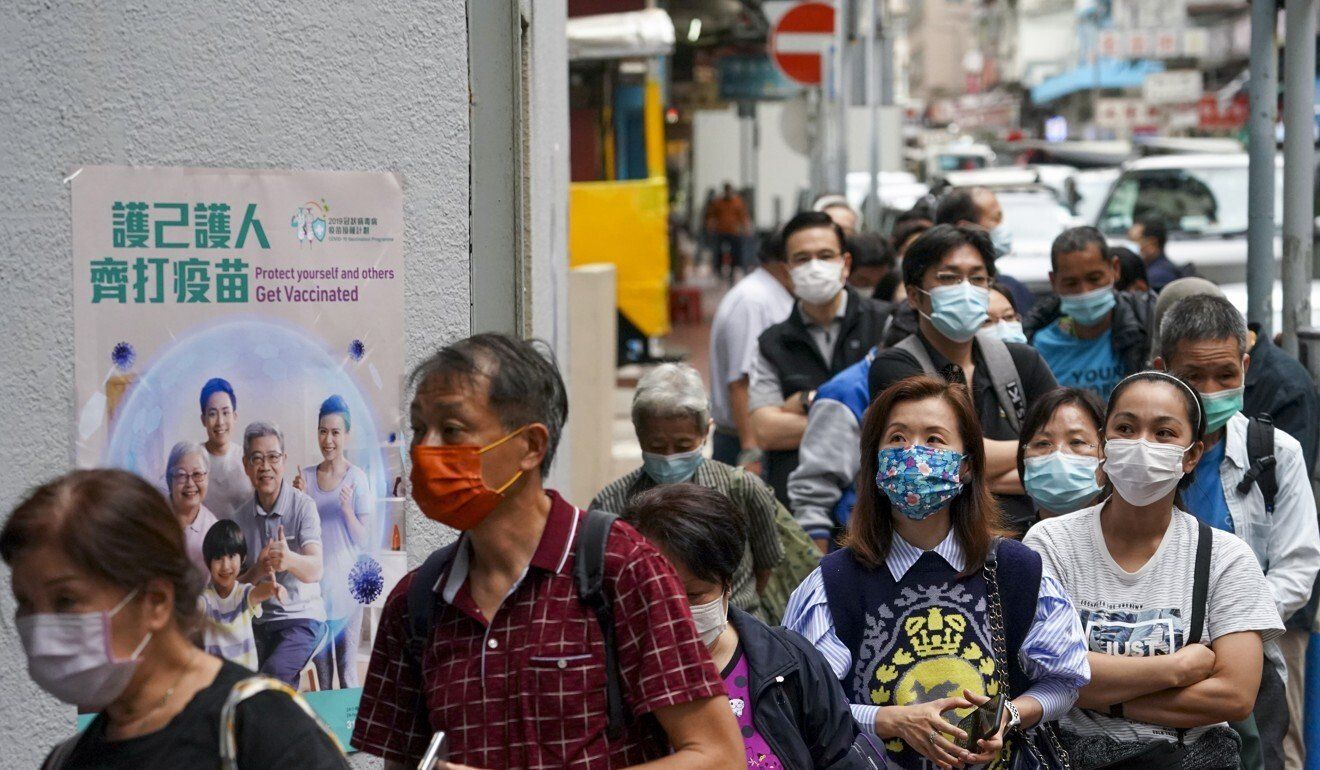 The source said that when the man was admitted to hospital, clinicians were notified that he had been vaccinated with the Sinovac jab, but at that time they thought the conditions were unrelated, as the patient suffered from chronic illnesses.

The department, meanwhile, said it would also pass the case details to a new expert committee for assessing clinical events to establish the causal links and publish a report in due course.

A hospital spokesman said the man, who also had a record of respiratory tract diseases, was admitted at about 1.30am on Sunday. He was transferred to a medical ward at about 3am but his condition deteriorated rapidly and he died at around 6am. The Coroner’s Court would follow up on the death, the spokesman said.

In a press briefing at about 12.30am on Wednesday, hospital deputy chief executive Dr Johnny Chan Wai-man said the patient told emergency unit staff he had received a jab, but personnel in the medical ward were not aware of the vaccination as they focused on his rapidly deteriorating condition.

Chan said no signs of allergic reactions were detected during resuscitation attempts and staff believed from clinical judgments the patient had chronic bronchitis, for which he was treated. None of the patient’s conditions that day could be associated with inoculation, he said.

The hospital alerted the health department the following day after reviewing his record and realising he had been vaccinated.

Dr Ronald Lam Man-kin, controller of the Centre for Health Protection, stressed that it was too early to conclude there was a causal relationship and the expert committee would examine the incident.

The vaccine was still recommended as the benefits outweighed the risks, he said, adding that the department’s monitoring mechanism was in line with international standards.

“A vaccination programme cannot be arbitrarily stopped before a causal relationship is established,” Lam said.

Chan, however, admitted that communications could be improved. 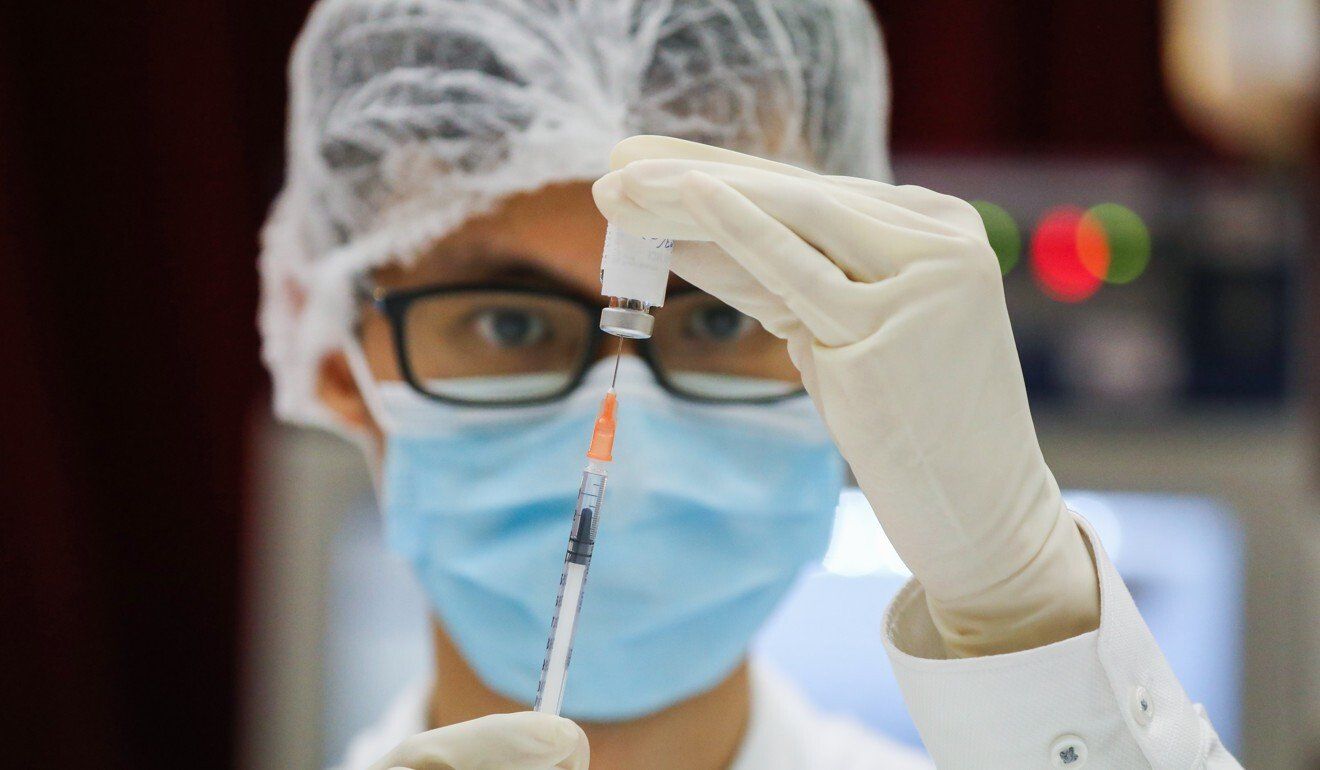 A laboratory staff member demonstrates the dilution, extraction and labelling of BioNTech vaccines at the Sai Wan Ho Sports Centre.

Professor David Hui Shu-cheong, a respiratory medicine expert at Chinese University and a government adviser on the pandemic, said whether the man’s death was related to the vaccination had yet to be concluded by a postmortem examination.

He said the man had suffered from four risk factors of a coronary artery disease, including his smoking habit, high blood pressure, hyperlipidemia and high blood glucose levels, which could pose threats to his health even without the vaccine.

The diabetic man had been seeking treatment from a government outpatient clinic and was taking two kinds of medicine. His blood glucose levels were normal when he was admitted to the hospital emergency unit.

“If the [diabetes] is well controlled, there is no problem in getting the vaccine,” Hui said.

Experts had said adverse reactions reported by several people after receiving shots of the mainland-made Sinovac vaccine were unlikely to be linked to the jab. Some 40,000 people have received the jab so far.

Meanwhile, bookings for the Pfizer-BioNTech vaccine, which was jointly developed by German and US firms, will open on Wednesday at 9am. With 140,000 slots available for priority residents, the jabs will be offered from March 10 to 30 at seven vaccination centres operated by the Hospital Authority.

With another vaccine option available, Hui said earlier, one of the factors in choosing which jab to go for would be the recipient’s travel habits.

He said people who needed to travel overseas frequently could benefit from the potentially greater protection offered by the BioNTech vaccine. Sinovac shots, he added, would be adequate for those who usually stayed in Hong Kong or only travelled to the mainland, where mutated strains of the virus were not yet prevalent.

“The BioNTech vaccine could neutralise the mutated strains that emerged in Britain and South Africa,” Hui said. “The coverage of protection could be wider.” 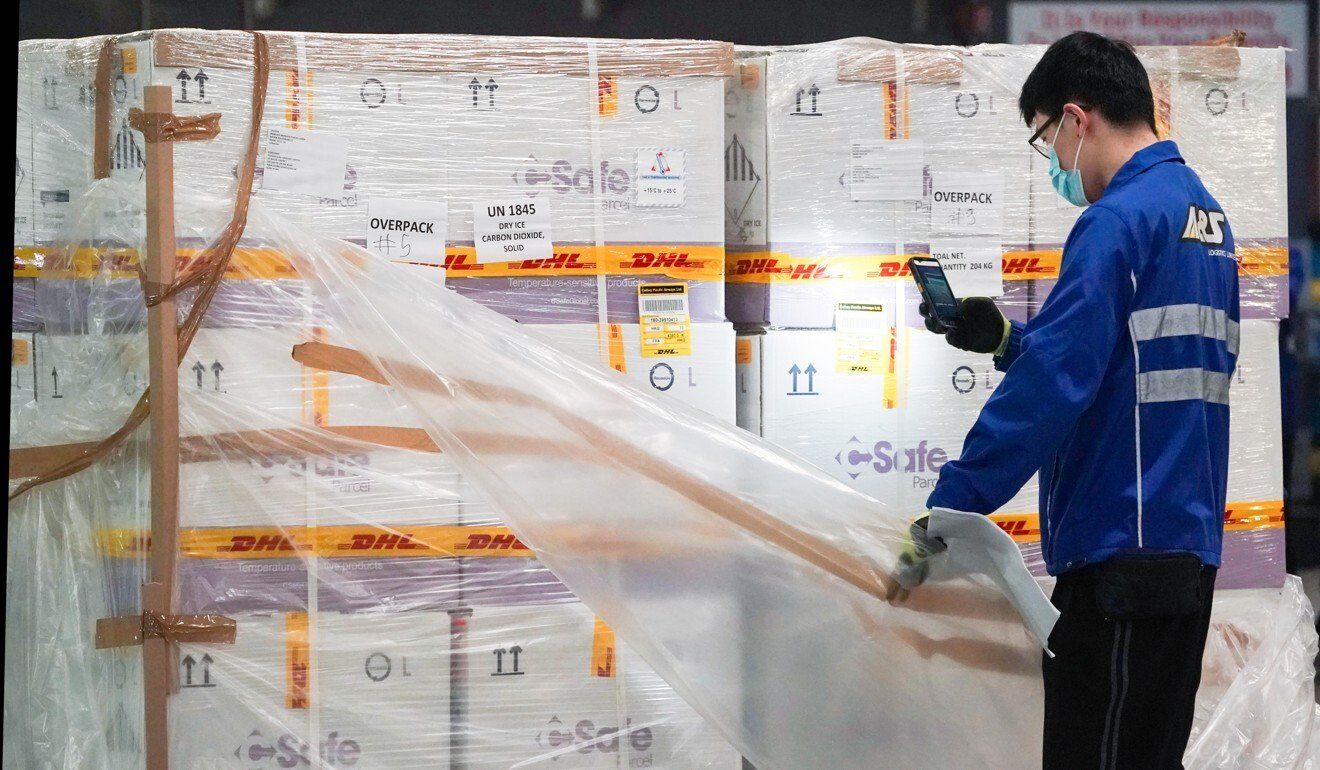 At least seven people had been sent to hospital after they developed complications – such as a rapid heartbeat, dizziness and high blood pressure – following Sinovac shots over the past few days.

The University of Hong Kong’s Professor Ivan Hung Fan-ngai, co-convenor of the expert committee on adverse reactions to vaccines, said the conditions reported by the patients were also common in other situations.

“Dizziness is a common response among some people who get injected for vaccinations or blood-drawing. Many people also have palpitations,” he said, referring to the condition of a fast-beating or fluttering heart.

He said the committee would meet on Wednesday to look into the adverse events.

Hui also said those reactions were likely to have been caused by unconscious responses in the nervous system, such as rising heart rates due to a fear of needles or blood.

“If you are afraid of needles, maybe don’t look at the needle,” he told a radio programme. “There’s no need to worry, the needle is there to help you develop immunity.”

For the administration of the BioNTech shots, which must be kept long-term at minus 70 degrees Celsius and thawed and diluted before injection, each inoculation centre will be equipped with two pharmaceutical fridges to store the vials at temperatures between 2 and 8 degrees for no more than five days.

To prevent spoilage, the jabs would be prepared in batches throughout the day, depending on the booking demand, said Angela Liu Hor-ki from the Hospital Authority’s Hong Kong East cluster, which manages the vaccination centre at Sai Wan Ho Sports Centre.

Each vial contains five doses, and the shot in each syringe can be kept at room temperature no higher than 30 degrees and must be administered within six hours. With four to six pharmacists allocated at each vaccination centre, a maximum of 200 syringes could be prepared per hour, Liu added.

Dr Luk Che-chung, chief executive of the authority’s Hong Kong East cluster, said health workers were confident about delivering a smooth vaccination programme even though many technical issues were involved in handling the BioNTech jabs.