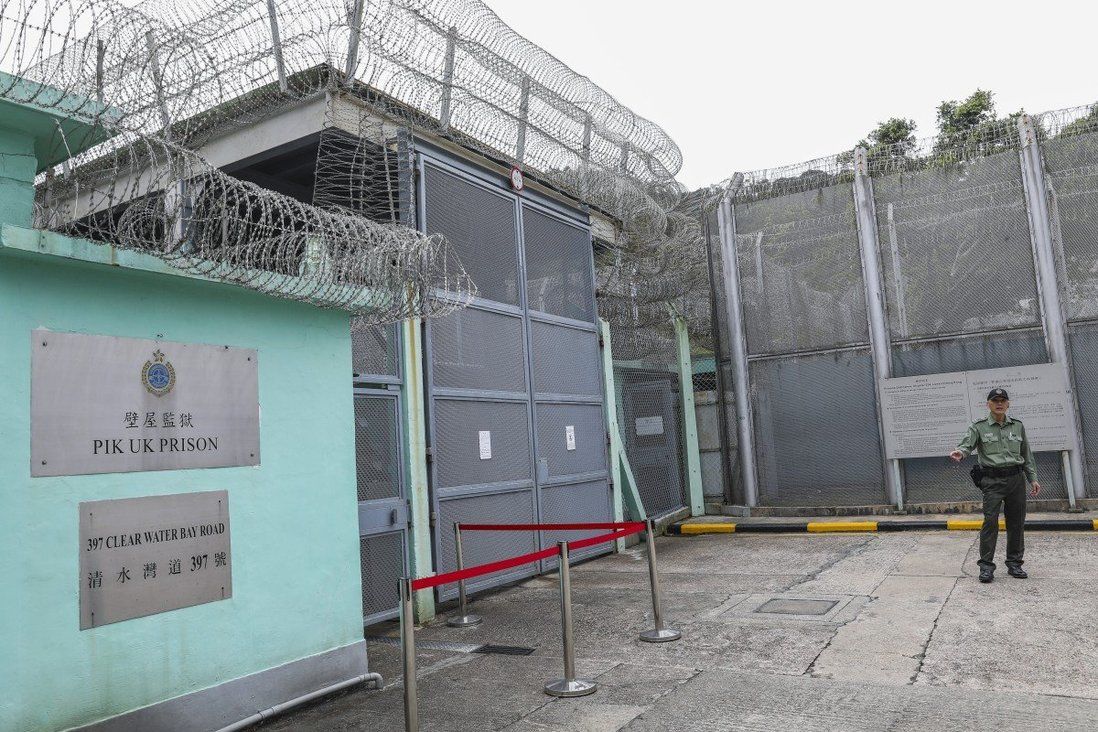 Cases have been largely reported among newly admitted inmates, with a government source saying the discovery of infections in prison cells was ‘inevitable’.

About 1,000 inmates and suspects remanded in Hong Kong prisons have tested positive for Covid-19 as the city battles a worsening outbreak, forcing correctional authorities to turn one of their buildings into a third isolation facility.

The Correctional Services Department (CSD) revealed that as of Wednesday, about 1,000 persons-in-custody had become infected whilst behind bars, with most cases appearing to be asymptomatic.

More than 1,000 CSD employees were also unable to report to work as a result of becoming infected with the coronavirus or being identified as a close contact, which had severely affected operations.

The figure, accounting for about one in seven employees, had led to back-office staff, such as training and rehabilitation personnel, being redeployed to ease manpower shortages.

On Thursday, correctional authorities said a secretary to the Commissioner of Correctional Services Woo Ying-ming had tested positive after taking a rapid antigen test.

However, the commissioner himself had been taking rapid tests every day, with all results coming back negative, the department said, adding that all employees were required to take one test per day before arriving at work.

However, a senior government source said cases in prison cells were “inevitable”, with facilities receiving new admissions from the courts daily amid the outbreak.

“These people do not need to undergo tests for Covid-19 before trials,” the source said. “This is one of the major reasons why we have been identifying more infections behind bars and that most of them were located in facilities housing newly admitted people.”

To cope with the number of cases among the prison population, a CSD statement on Thursday said Phoenix House on Lung Yan Road, which provides discharged inmates with facilities for their gradual transition back into the community, would be repurposed as an isolation facility from Friday.

Isolation facilities for inmates are managed by a so-called dirty team, while the Post was told that all infected employees had been quarantined at a staff training institute in Stanley.

“The department will continue to take Covid-19 tests for the inmates and minimise passenger flow as well as contacts in the institutions,” the statement said, adding that social visits to prisons would be suspended until March 20 as infections were expected to remain high.

Dr Albert Au Ka-wing, principal medical and health officer at the Centre for Health Protection, said the agency had been maintaining close communication with correctional authorities, while medical staff from the Department of Health had been stationed on site to help infected inmates.

“We have been given relative guidelines … In the event of a serious case, the [CSD] could also send infected inmates to public hospitals,” he said.

Multiple sources have said democracy activists Lee Cheuk-yan and Albert Ho Chun-yan had both tested positive after undergoing rapid tests. The pair, who are serving sentences at separate prisons, have shown no signs of symptoms.

Nearly 8,000 inmates and persons remanded in Hong Kong prisons were asked to undergo five rounds of Covid-19 testing between February 18 and 27, and could not attend court trials until clearance from their results.

Since 2020, all newly incarcerated inmates and remanded persons are required to undergo testing for Covid-19 and isolation upon admission.

As of January 31, 36 per cent of Hong Kong’s prison population, 2,850 people, have taken one dose of a Covid-19 vaccine. To boost inoculation rates, inmates who receive their first jab by March 31 are eligible for an extra rest day.