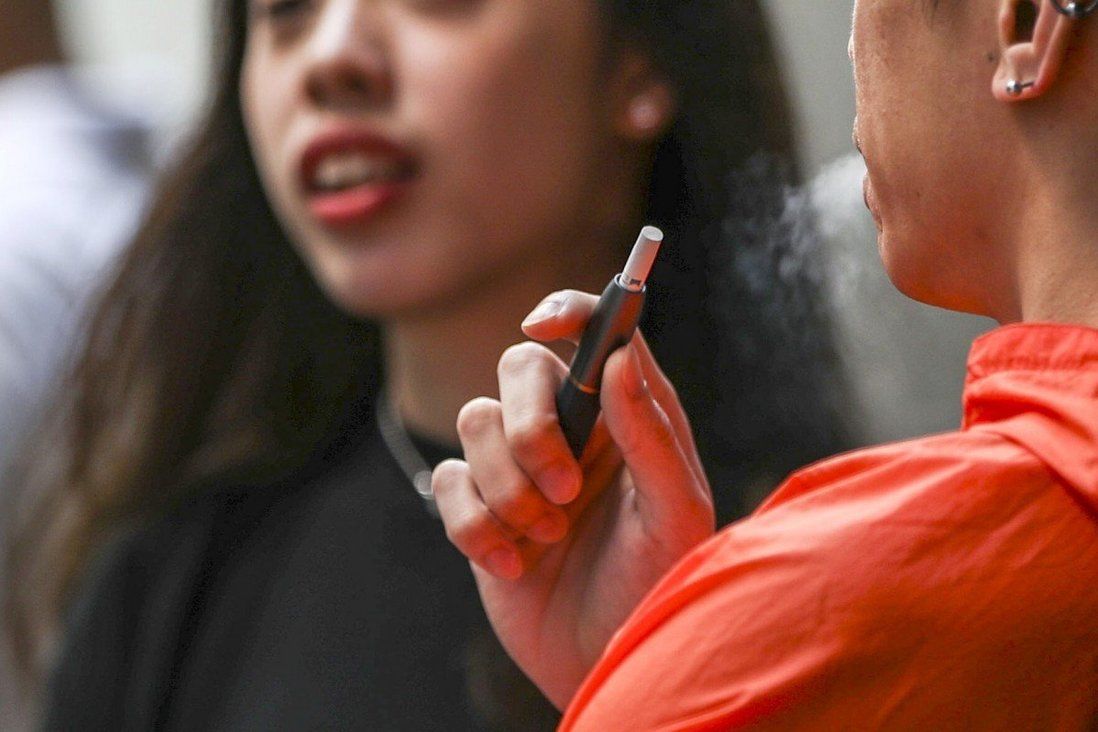 Head teachers unite in calling for use of new smoking products to be outlawed, fearing young children will move on to conventional cigarettes.

Ten head teachers’ groups have joined forces to urge the Hong Kong government to take a tougher approach and impose an outright ban on new smoking products such as electronic cigarettes after primary school children were spotted using the devices.

The rare joint appeal was made on Monday with a proposed bill forbidding the sale and related activities of e-cigarettes and heated tobacco products still stuck in the Legislative Council.

The principals said youngsters who dabbled in alternative forms of smoking were more likely to try conventional cigarettes as they called for broader legislation that specifically outlawed the use of such products.

Despite a consensus among pro-establishment lawmakers for banning e-cigarettes, some representing commercial and industrial sectors have questioned the validity of outlawing heated tobacco while continuing to allow the sale of standard cigarettes they describe as more harmful.

In a bid to push through the proposed legislation before the current Legco term ends in October, a source revealed that health officials and those drafting the bill were considering provisions to further discourage the sale of traditional cigarettes as well as a slight relaxation of the pending heated tobacco ban.

The principals, in their call for action, urged authorities to work towards turning Hong Kong into a smoke-free city by first targeting new smoking products.

They cited a University of Hong Kong study in April, which found that about 1,500 primary school and 7,500 secondary school students had used heated tobacco products between 2018 and 2019. Their appeal also pointed to an alarming trend in young people picking up smoking habits.

“As educators, we don’t want to see any children use any type of tobacco products,” Lin Chun-pong, chairman of the Hong Kong Association of the Heads of Secondary Schools, told a press conference.

“Some children started smoking after watching YouTubers’ reviews of new smoking products,“ he said. “They were influenced by those videos.”

Lau said he had seen a child below the age of 10 using e-cigarette products in a park. 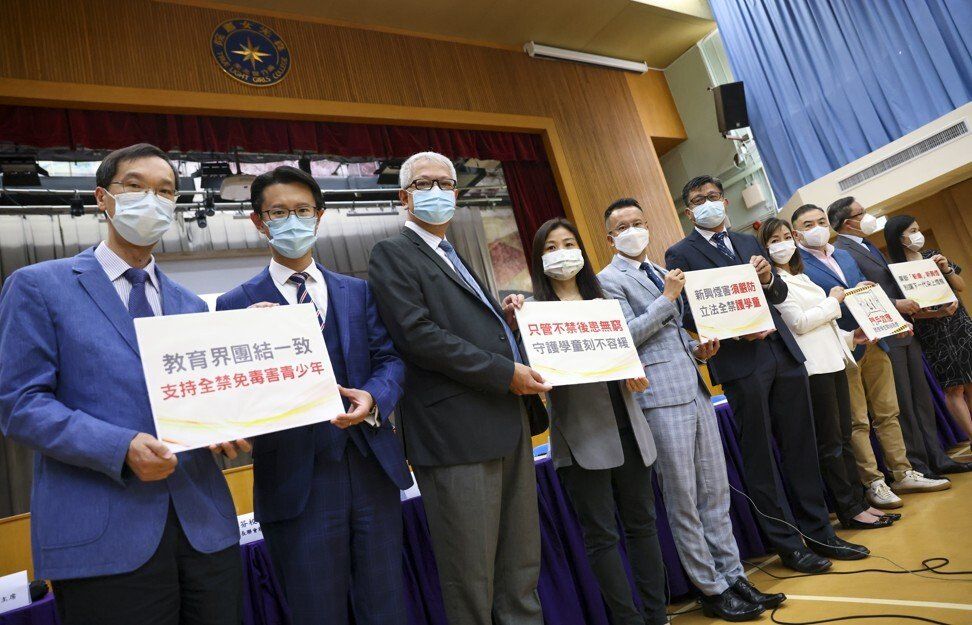 The 10 principals calling for a harder approach to e-cigarettes.

The appeal for a blanket ban goes beyond the proposed bill’s amendments to the Smoking Ordinance, which was introduced in February 2019 to outlaw the importation, production, distribution, sales and promotion – but not the consumption – of electronic cigarettes and heated tobacco products.

The proposal was among four bills that Legco stopped working on last June, citing a lack of time before the four-year legislative term was due to end a month later.

But after Beijing endorsed the Hong Kong government’s request to extend the Legco term by a year, a new bills committee was set up last November. It last met in June this year to discuss the bill.

E-cigarettes are battery-powered devices that heat a solution in a cartridge to deliver an aerosol that users inhale in a way similar to conventional cigarettes. E-cigarette use is also known as vaping. For heated products, the tobacco is warmed up by an electronic device, rather than combusted.

“Officials said these alternatives were to blame for causing young people to smoke. But the biggest factors were the influence of family members and peer pressure. Shouldn’t the government do more in promoting these adverse effects too?”

Pro-business lawmaker Peter Shiu Ka-fai, who represents the wholesale and retail sector, said if the government refused to change the bill, he would propose his own amendment that sought to regulate the importation, sale and promotion of heated tobacco products to the same standards set for traditional cigarettes.

“In countries like Japan, governments are trying to ban cigarettes without banning heated tobacco products. It’s unreasonable for the Hong Kong officials to do it the other way round,” he argued.

The Food and Health Bureau told the Post the government planned to secure passage of the bill within the current Legco term, which will end in October.

In a report published last month, the World Health Organization called on governments to regulate electronic cigarettes and similar devices.

“While framing these products as a contribution to global tobacco control, the tobacco and related industries employ the same old marketing tactics to promote new tools to hook children on nicotine and circumvent tobacco legislation,” said WHO chief Tedros Adhanom Ghebreyesus.

The report said e-cigarette manufacturers often targeted youths with thousands of unique flavours, adding that children and adolescents that used those products were more than twice as likely to try conventional cigarettes.