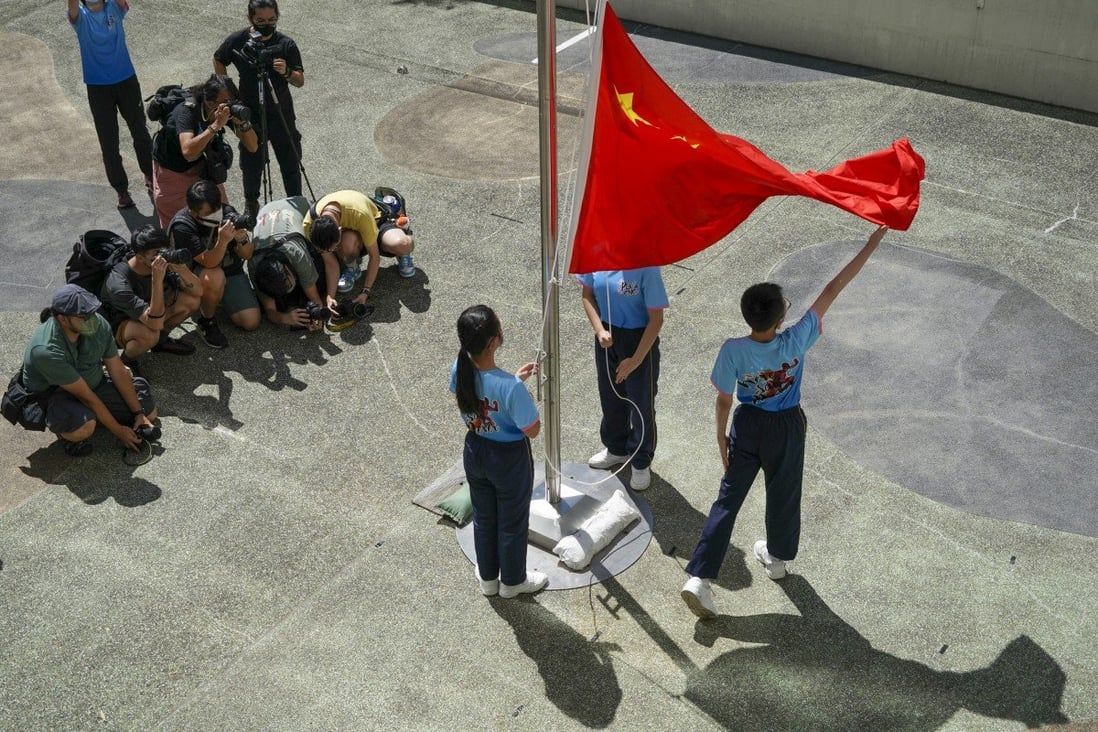 Curriculum guide for primary schools was last updated in 2014 and needed to be brought in line with the kindergarten and secondary ones, Education Bureau says.

The Education Bureau has asked primary schools in Hong Kong to put more emphasis on patriotism and national security in its first change to the curriculum in eight years.

The bureau on Thursday suggested schools spend up to one-fourth of the study time during the six years of primary education on activities and talks about, among other topics, “the understanding of Chinese culture, the constitution, Basic Law and national security education”. 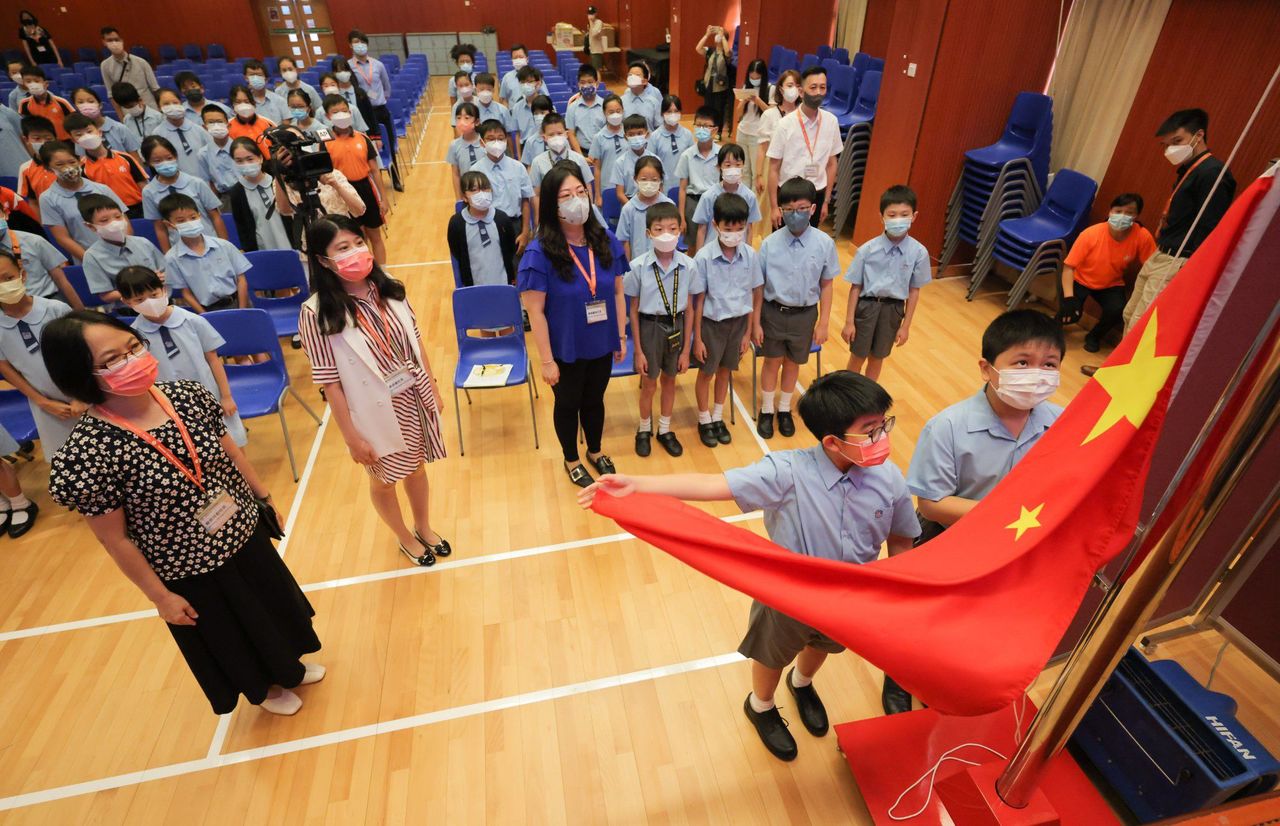 The Education Bureau has asked primary schools in Hong Kong to put more emphasis on patriotism.

A bureau spokesman said the revision was to update the old “Basic Education Curriculum Guide” for primary schools adopted in 2014.

He added that there was a need to update the primary curriculum guide to “enhance student learning”, noting that the ones for kindergarten and secondary education had been updated in 2017.

“The [primary curriculum] guide aligns with the [kindergarten and secondary education ones], as well as follows the direction of ‘sustain, deepen, focus on learning to learn’,” he said.

According to the bureau’s circulars to schools, the new guide sets out seven learning goals for primary pupils which emphasise the importance of nurturing a sense of belonging to the country. These are: the Chinese culture, values education, active learning, STEAM education, media and information literacy, balanced physical and mental development, and a healthy lifestyle.

The term STEAM refers to a curriculum based on teaching five academic disciplines – science, technology, engineering, art and mathematics.

The first goal, according to the updated guide, is to “understand our country and the Chinese culture, and cultivate a sense of belonging and national identity towards our country through national education and national security education”.

The description on national identity stood in contrast to the old guide issued in 2014, which said students should learn to “understand their national identity and be concerned about society, the nation and the world, and to fulfil their role as a responsible citizen”.

Under the old guide, the first learning goal was to “know how to distinguish right from wrong, fulfil duties as members in the family, society and the nation, and show acceptance and tolerance towards pluralistic values”.

Beijing imposed the national security law on Hong Kong in 2020 in which it states that it is the Hong Kong government’s duty to strengthen “guidance, supervision and regulation over matters concerning national security” in schools and universities, among other organisations. 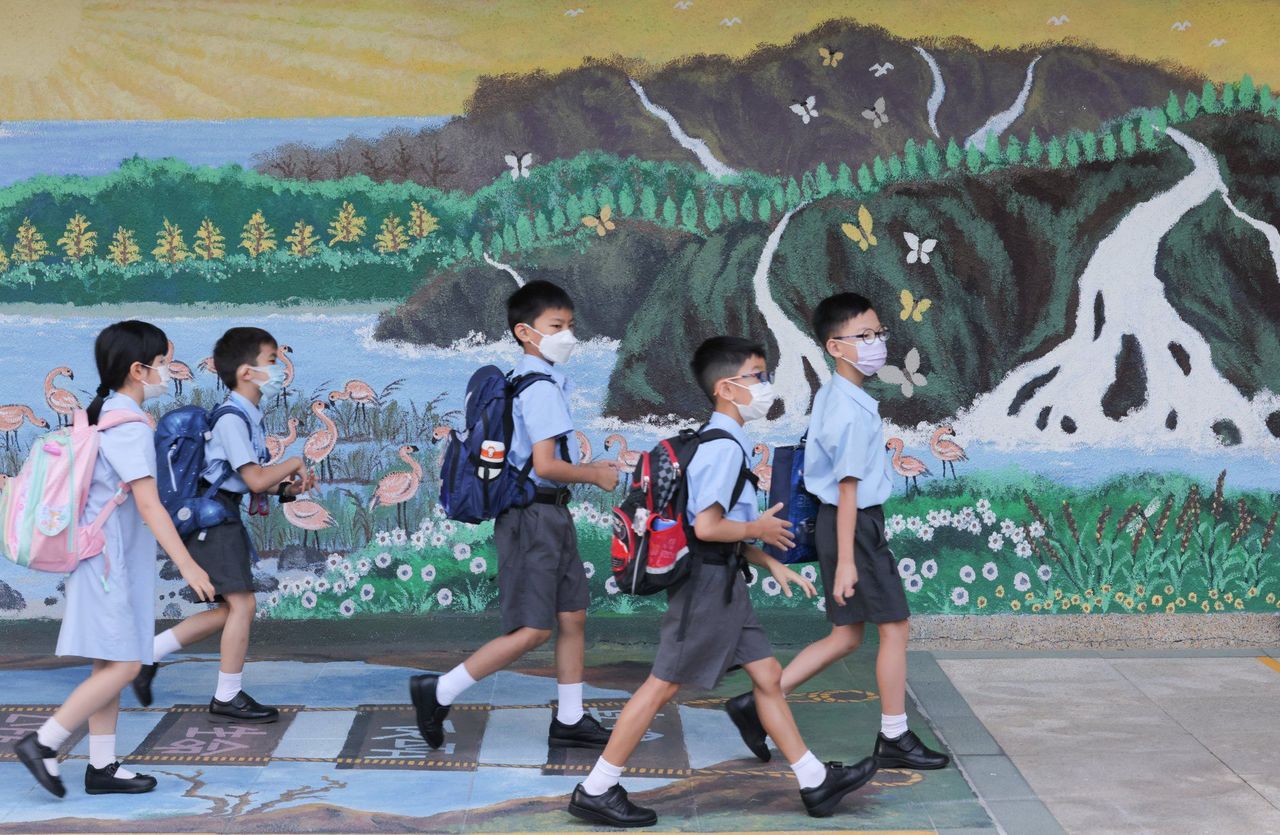 Schools have been asked to spend up to one-fourth of study time during the six years of primary education on activities and talks about patriotism.

In the new guide, the proportion of teaching time allocated to various subjects has also been revised to allow schools to spare up to 25 per cent of the 4,752 hours of lesson time during the six primary school years for organising activities to brush up their understanding of the constitution, the Basic Law and national security.

The so-called “flexible lesson time” can also be used to arrange talks on media and information literacy, mainland exchange visits, or cross-curricular learning, according to the new guide.

Compared with the old guide, flexible lesson time took up only 19 per cent of the lesson hours.

“Many schools have been doing STEAM education but in the old guide it was not among the key learning goals,” he said.

He added that there was a need to place more emphasis on values education, including national and national security education.

Legislator Tang Fei, also a vice-chairman of the Federation of Education Workers, said the increase in flexible lesson time could allow more room for schools to organise activities to promote national and STEAM education.

“Schools know the needs of their students the best. It will be best to allow them to allocate time as they see fit and to organise activities to promote national education for students outside usual class study time,” Tang said.