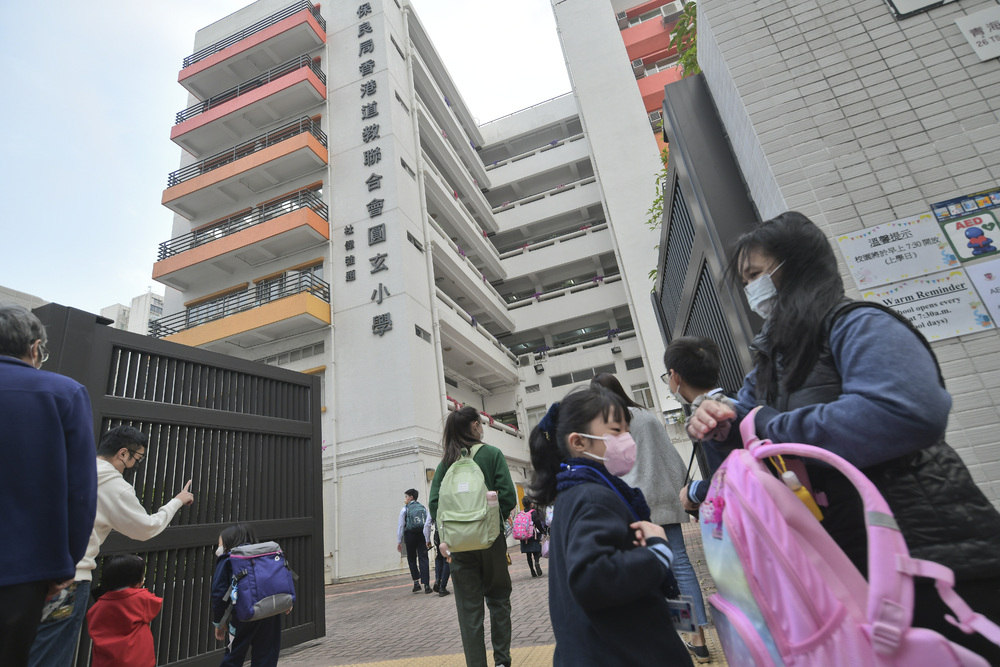 The satisfaction rate of this year’s Central Allocation for Primary One Admission has hit an 11-year high at 78 percent, involving a total of 22,898 children.

The news came as parents were reminded by the Education Bureau that the results of the allocation will be sent to parents by post from next Wednesday to Thursday (June 1 to 2).

"A total of 22,898 children took part in Primary One Central Allocation. Among them, 17,843 children were allocated to schools of their first three choices," a spokesman for the bureau said.

The figure has topped the relevant figure of 77 percent from last year.

Meanwhile, the Bureau noted that the overall satisfaction rate stands at 88.8 percent after taking into account discretionary places and the number of children allocated to schools of their first three choices in the Central Allocation.

The remaining 90 percent of the places for the Central Allocation are under Part B and parents are required to select schools in the school net/Choice of Schools List in respect of the applicant child.

Parents who completed a Choice of Schools Form for the Central Allocation on January 22 or 23 this year will receive the Primary One Registration Form delivered by post from June 1 to 2 through the Local CourierPost service provided by Hongkong Post.

In light of the development of the Covid epidemic situation, the Education Bureau will assign timeslots for parents to register with the allocated school on June 7 or 8 according to the last digit of the applicant child's application number so as to reduce the gathering of parents.

Parents who cannot proceed with the registration within the specified date and time can register on June 9 instead, from 9am to noon or 2pm to 4pm, according to the bureau spokesman.