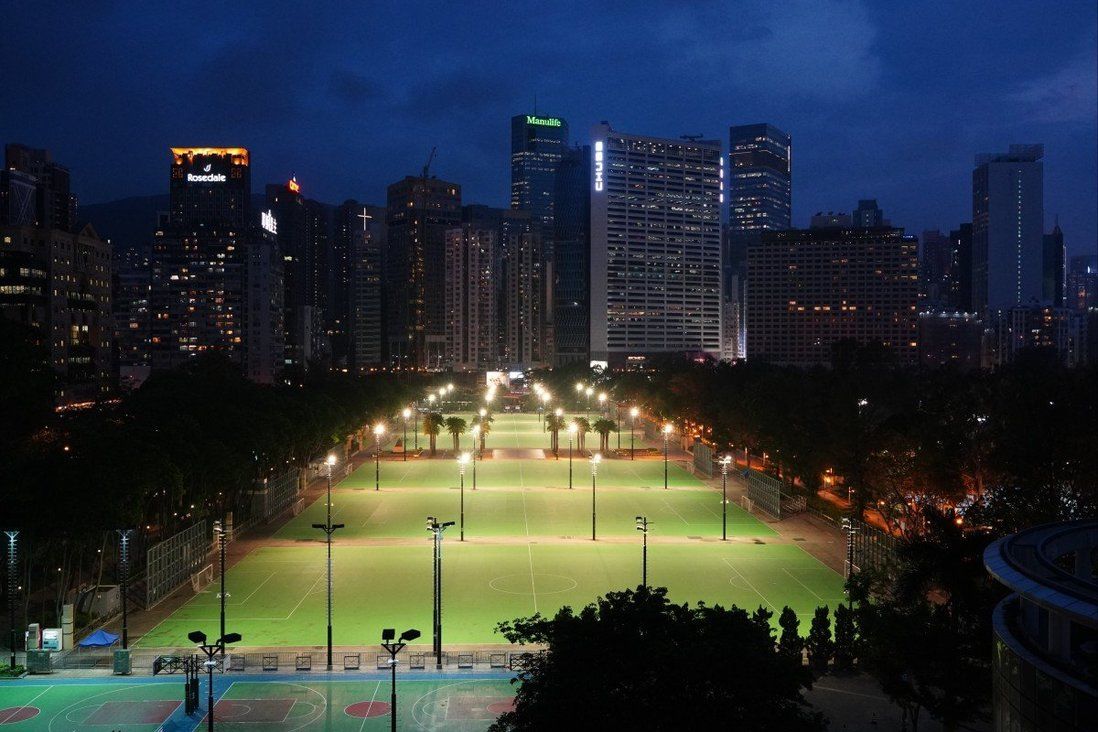 Police reveal there have been online calls encouraging people to gather around the park on anniversary of Tiananmen Square crackdown.

Hong Kong police have warned residents not to participate in any “unlawful assemblies” around Victoria Park on Saturday, after authorities banned the annual candlelight vigil marking the anniversary of the Tiananmen Square crackdown for a third straight year.

The appeal by the force on Thursday came as a virtual museum featuring a detailed history of the 1989 crackdown was found to be inaccessible in Hong Kong, sparking concerns on whether the site had been blocked ahead of June 4.

Senior Superintendent Liauw Ka-kei of the Hong Kong Island regional headquarters revealed there had been online calls encouraging people to participate in unlawful assemblies around Victoria Park on Saturday, but declined to give further details.

“I do not want to help them to advertise here,” he told reporters. “But we did notice these situations.” 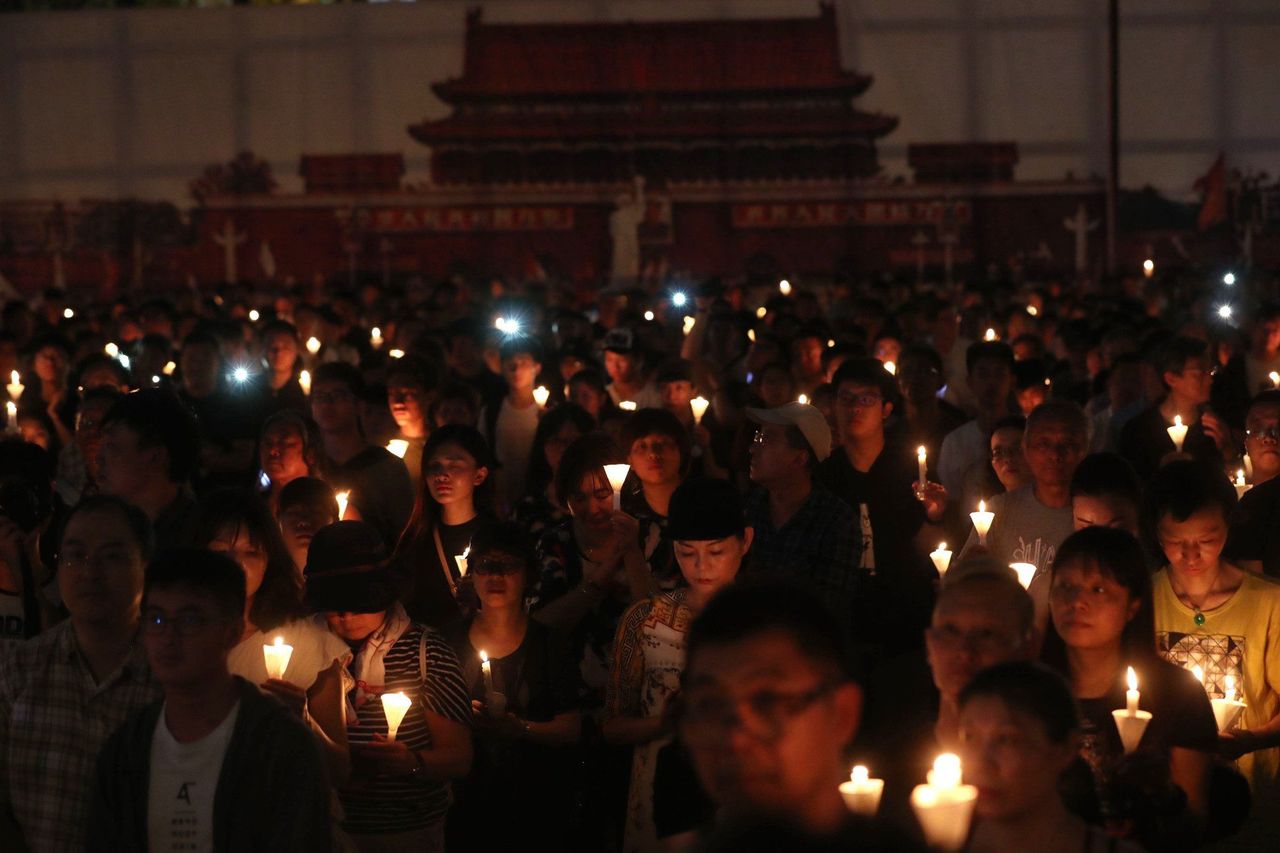 For the past three decades, the candlelight vigil in Causeway Bay’s Victoria Park was the only large-scale commemoration of the crackdown on Chinese soil.

No arrests had been made as of Thursday afternoon regarding the online incitement, he added.

Police had not received any applications from opposition groups to hold events related to the anniversary, but said officers would be deployed across the city, especially in the park.

For the past three decades, the candlelight vigil in Causeway Bay’s Victoria Park was the only large-scale commemoration of the crackdown on Chinese soil.

But the event had been banned since 2020 on the grounds of public health concerns triggered by the Covid-19 pandemic, while event organiser Hong Kong Alliance in Support of Patriotic Democratic Movements of China disbanded last September in light of the national security law.

Liauw said he did not see any legal issues for residents should they commemorate the crackdown by lighting candles on their own at home on Saturday.

“I think [residents] do not need to be over-worried or over-interpret our intention to make an appeal here,” he said.

But when asked to clarify whether wearing black clothing or lighting up a candle on the street would be illegal, Liauw said some behaviour might “cross a line” but there were “too many hypothetical factors” in the examples raised by reporters.

“Even if you are alone and then coming to the park, but according to the law, I have to stress that if you are staying together with a group of people in the same place and the same time, and with a common purpose to express certain views, it is already meeting the definition of a public meeting,” he said.

He also did not reveal whether the force would shut down part of Victoria Park on Saturday.

Football pitches at Victoria Park for June 4 have been fully booked, with officials saying the premises would be available for sports on that day but not for “other purposes”.

Meanwhile, it emerged that the online “8964 Museum” was no longer accessible on some devices in the city since Wednesday night, three days ahead of the 33rd anniversary of the crackdown.

The site, which was crowdfunded by the Hong Kong alliance before its dissolution, was still accessible via VPN and from overseas.

A check by the Post using an internet security application found that the site was “likely to be blocked” under internet service providers (ISP) such as Birdie, 3HK, CSL and China Mobile Hong Kong. But it was accessible via SmarTone and the HGC Global Communications.

IT expert Wong Ho-wa said that if the site remained inaccessible in the city for a few days to a week, there was a good chance it had been blocked.

He added that authorities had the power to order ISPs in the city to block access to certain addresses, noting that the possibility of hackers attacking the website was low. 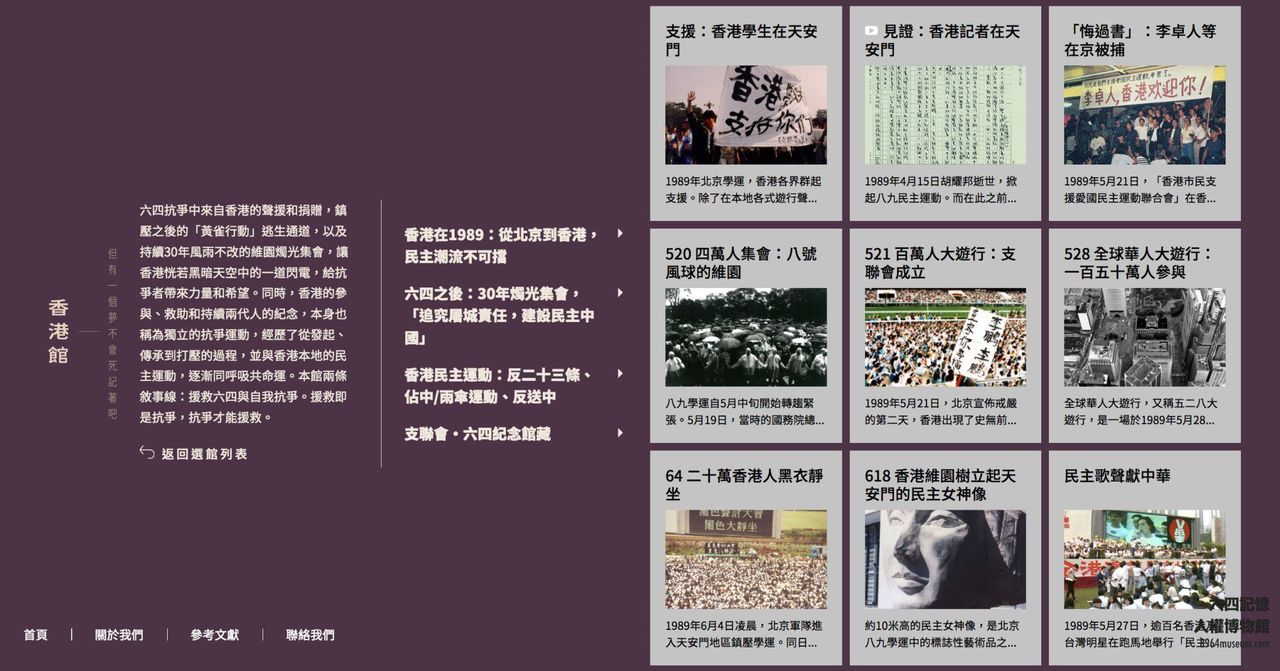 The “8964 Museum” website is a virtual museum featuring a detailed history of the 1989 Tiananmen Square crackdown.

In January 2021, the Hong Kong police invoked the national security law for the first time to halt access to HKChronicles, a site recording anti-government protests and officers’ details.

However, Anthony Lai, security researcher at cybersecurity company VXRL, said it was unlikely to be the case for the virtual museum, after a brief test on it showed the site remained accessible via some providers.

This is not the first time the museum site has been inaccessible in the city. It was also reportedly inaccessible via several telecoms providers in September 2021, less than two months after the site was first launched.

Germany-based Chinese writer Chang Ping, who was delegated by the alliance to run the site after risk assessments, said they had not received any notification from Hong Kong authorities regarding an apparent block.

Police declined to comment on individual cases, saying only that they could invoke the national security law to request ISPs to block access to certain electronic messages deemed likely to constitute or cause an offence.