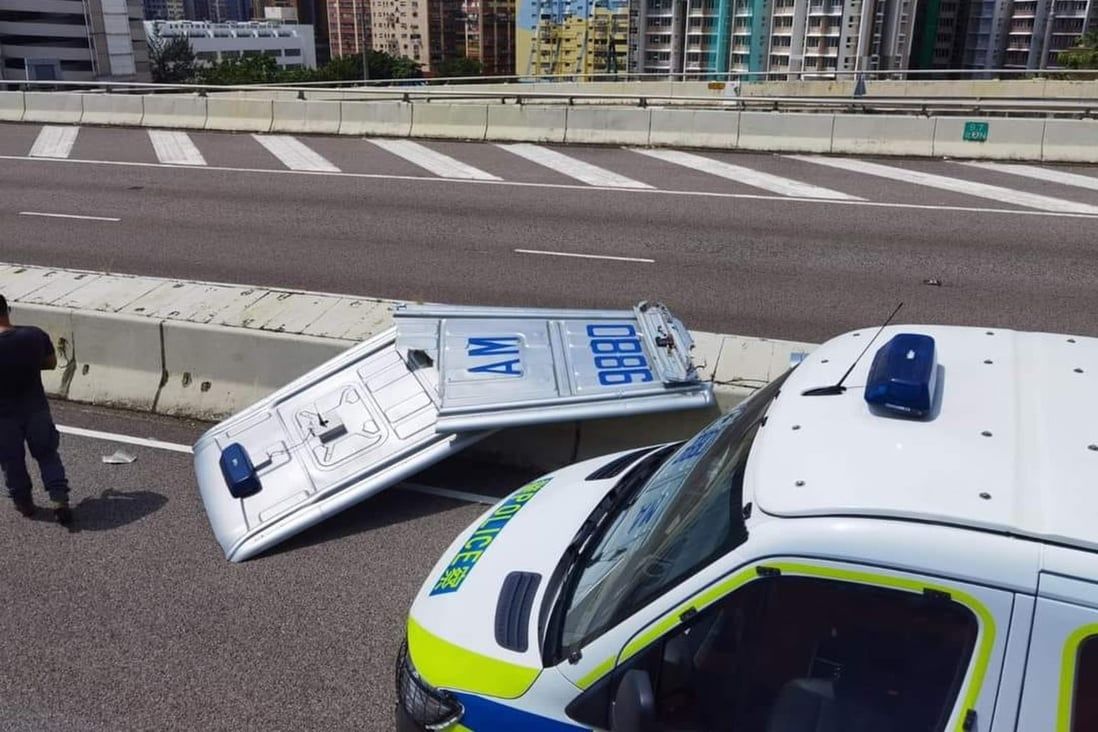 A taxi driver cheated death when a five-metre metal roof covering flew off from a moving police van on a Hong Kong highway on Tuesday, smashing the front windscreen of his cab.

The police vehicle was driving along Kwun Tong Bypass, heading towards eastern Kowloon when the incident occurred at 11.14am.

The metal covering fitted with a siren light came off the roof of the police van and hit the taxi nearby, according to the force. 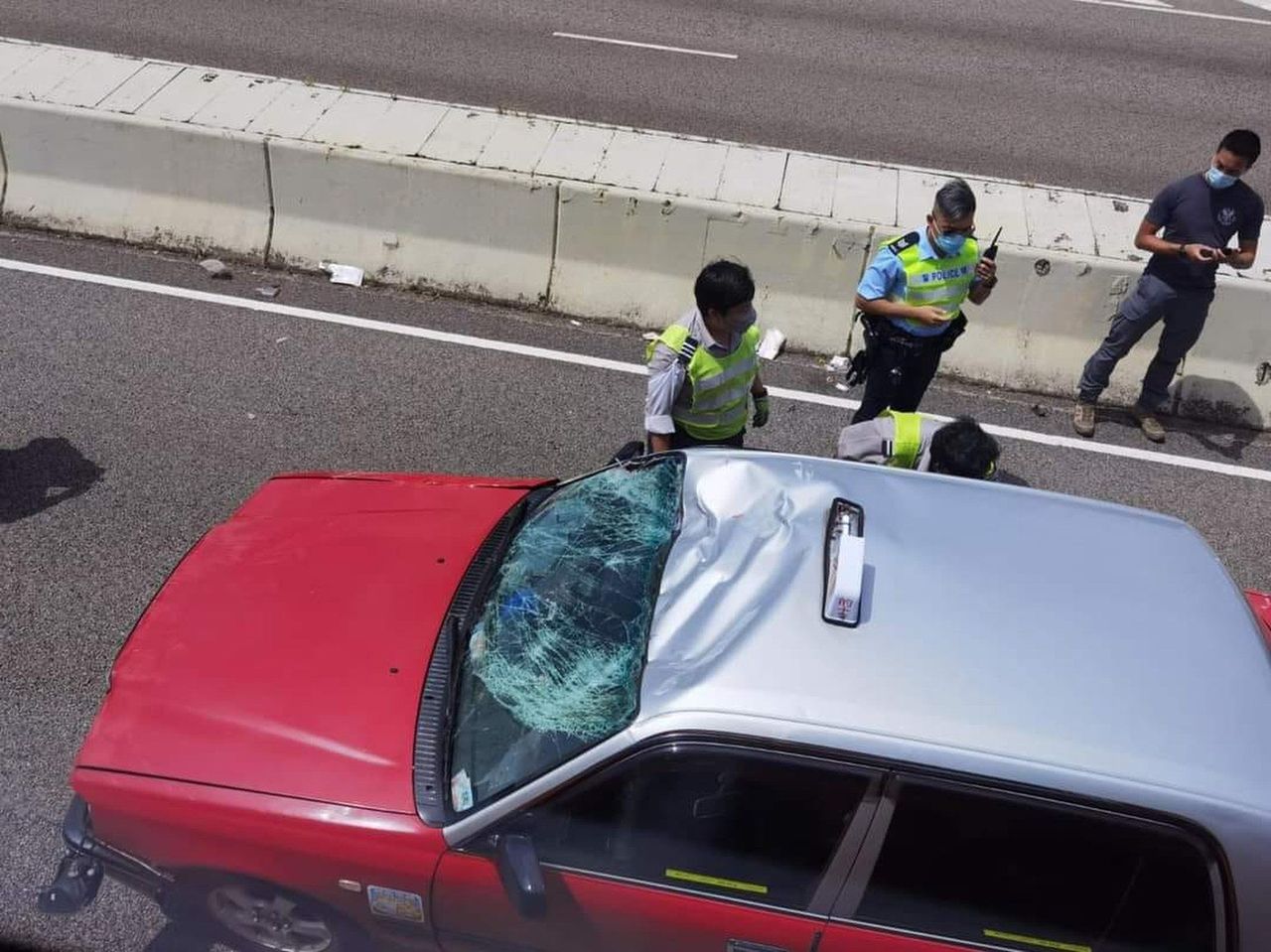 The taxi’s windscreen was smashed and dented.

A police spokesman said the taxi driver, 59, suffered hand injuries and was taken to Queen Elizabeth Hospital in Yau Ma Tei for treatment.

He added the police van was towed to a government vehicle plant in Kowloon Bay for inspection and the force was investigating the cause of the incident.

The section of the road was closed for traffic until the two vehicles were removed.