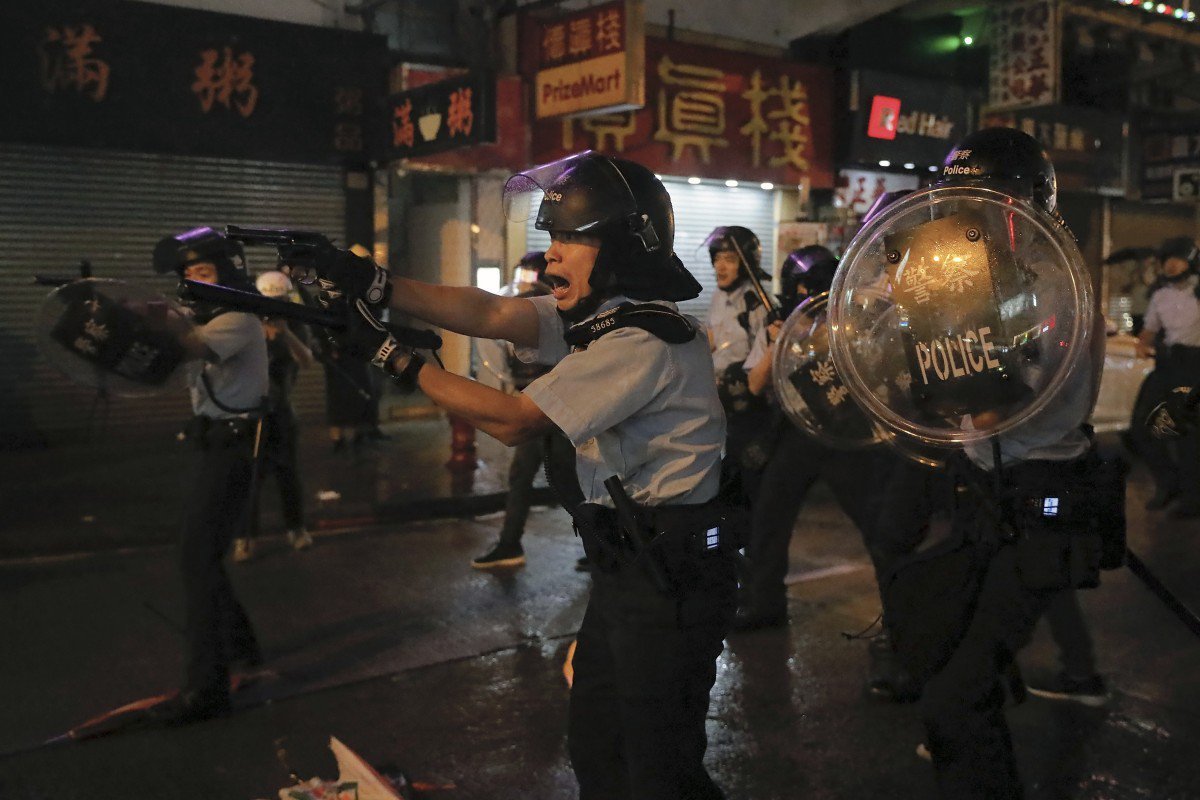 The head of Hong Kong’s biggest frontline police association has warned that officers could be forced to open fire if protesters try to snatch their guns.

Lam Chi-wai, the chairman of the Junior Police Officers’ Association, said it would be “the only and necessary decision” in that instance.

Last week, Lam warned of firing live ammunition at protesters who threw petrol bombs, and this time he was referring to a clash on Saturday in Tuen Mun, where an officer was attacked by several protesters when he was trying to arrest a demonstrator.

Television news footage showed one of the protesters trying to snatch the officer’s gun, but the protester was unsuccessful as other officers arrived and chased them away.

Lam also called on the public to show more explicit support for police to let officers know “people of justice” were not alone in their efforts to rid the city of violence.

The remarks were made in a piece, Will You Walk with Us?, by Lam, posted on the association’s official website on Monday. Lam condemned mobs for resorting to extreme violence under the excuse of pursuing democracy and freedom.

Referring to the attempt to snatch the gun, Lam wondered if protesters were mentally prepared to take the step of threatening the lives of police or other citizens.

“Whether you are prepared or not, once you choose to take this step, we will have no choice but to make the only and necessary decision. So, think before you act,” wrote Lam, who did not elaborate on what that decision might be.

“If a rioter takes our firearm, what do you think the consequences could be?” said Superintendent Fang Chi-kin at a press conference on Monday. “Police have strict protocols on how to deal with these situations, if the [person] takes our gun and fires immediately. The first thing we do according to the police force ordinance is to ensure our own safety, so we will use proportionate force.”

In a statement issued last week, Lam said when a protester held a petrol bomb and was prepared to throw it, police might see it as a deadly attack on them or others, and use relevant force or a weapon – including live ammunition – to stop the act.

Lam also wrote in his latest piece: “All of a sudden, Hong Kong becomes a strange place to me. I feel like I’m staying in a third-world place where the rule of law is non-existent.

“I sincerely appeal to all those Hong Kong people with a rational mind, especially those public figures who claim to have a conscience, to break your silence. Let us know the people of justice are not alone. And also let the mobs know that Hong Kong is not a place they can run amok.”