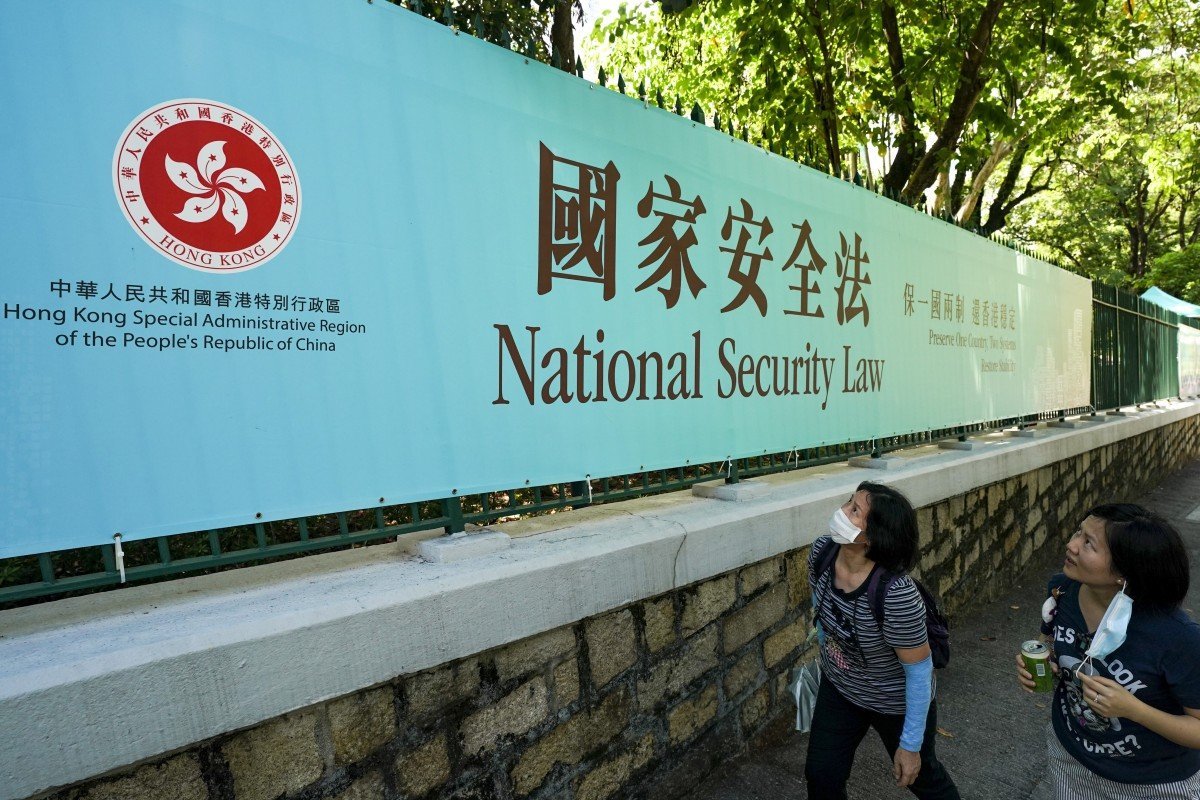 The city’s police chief vowed to crack down on any lawbreakers while Beijing’s liaison office issued a stern warning against taking to the streets illegally on October 1, accusing radicals of threatening to commit acts of terrorism and openly challenging the new national security law.

The three individuals were arrested on suspicion of posting online messages inciting others to commit illegal activities, take part in an unlawful assembly and attack officers on the public holiday, police said on Tuesday.

“The content of the messages included calls for some illegal activities to be carried out on October 1,” said Chief Inspector Benjamin Tai Tze-bun of the cyber security and technology crime bureau.

They were being held for questioning and no charges had been laid. The investigation was continuing and further arrests were possible, the force said.

The force has doubled its deployment for Thursday to 6,000 officers after online threats emerged, insiders previously told the Post. National Day this year coincides with the Mid-Autumn Festival, which families celebrate by meeting for meals before fanning out to visit lantern displays across the city.

Police earlier denied permission for the rally planned by opposition activist group Civil Human Rights Front, citing threats to public safety and Covid-19 social-distancing rules that limit public gatherings to four people. The front said it would not go ahead with the march but urged residents to wear black on the day to show support for 12 Hong Kong fugitives arrested at sea while trying to flee to Taiwan last month. They are being held in Shenzhen, Guangdong province.

Police Commissioner Chris Tang Ping-keung warned that anyone publicising or taking part in the march could be violating the law and officers would resolutely enforce the law, noting an appeal against the decision had failed.

“We notice that there are online calls for people not only to continue to take part in this unauthorised assembly, but also to use violence, or even petrol bombs, to attack police officers and vandalise public properties and facilities on the day,” Tang said.

“Police appeal to the public not to take part in any illegal acts and police will take resolute enforcement action against any illegal act to protect public order and public safety. If you break the law, police will bring you to justice no matter what remote corner remote of the Earth you flee to.”

The liaison office said the dozen Hongkongers were being handled in accordance with mainland legal procedures. They are wanted on suspicion of crimes stemming from anti-government protests last year, while one, Andy Li, was arrested under the Beijing-enacted national security law, which criminalised acts of secession, subversion, terrorism and collusion with foreign forces. Li is accused of money laundering and collusion with foreign forces but was granted bail.

After detailed investigations, mainland police had applied to judicial authorities for approval to arrest them, he revealed.

“It is common sense that people who break the law will be sanctioned,” he said. “But some people in Hong Kong have spread rumours that authorities had colluded to send them to mainland China. These people were trying to hide criminal acts, and it was they who caused the [fugitives] to cross the border illegally.”

Tang said that under the notification mechanism established between Hong Kong and the mainland, the city’s police would be notified of updates to their cases.

The liaison office spokesman labelled as ridiculous the bid by anti-China forces to stage an unlawful march and seek the release of the suspects.

“It is even more worrying that in online groups a small minority of radicals have planned … violent attacks on police stations and advocated the illegal purchase of lethal weapons, such as firearms and bows and arrows, to be used in terrorist attacks on police officers,” he said.

“This is a public challenge against the national security law and other local laws. Hong Kong police have made it clear they will act in accordance with the law … We firmly support that.”

The office warned that chaos in Hong Kong would not be permitted under the new law.

“We firmly support the city’s government and police in enforcing the law decisively to ensure that the vast majority of residents enjoy a joyful and harmonious festival,” it said.

“The 12 have not been tried yet and we believe in presumption of innocence until the trial is finished,” Sham said.