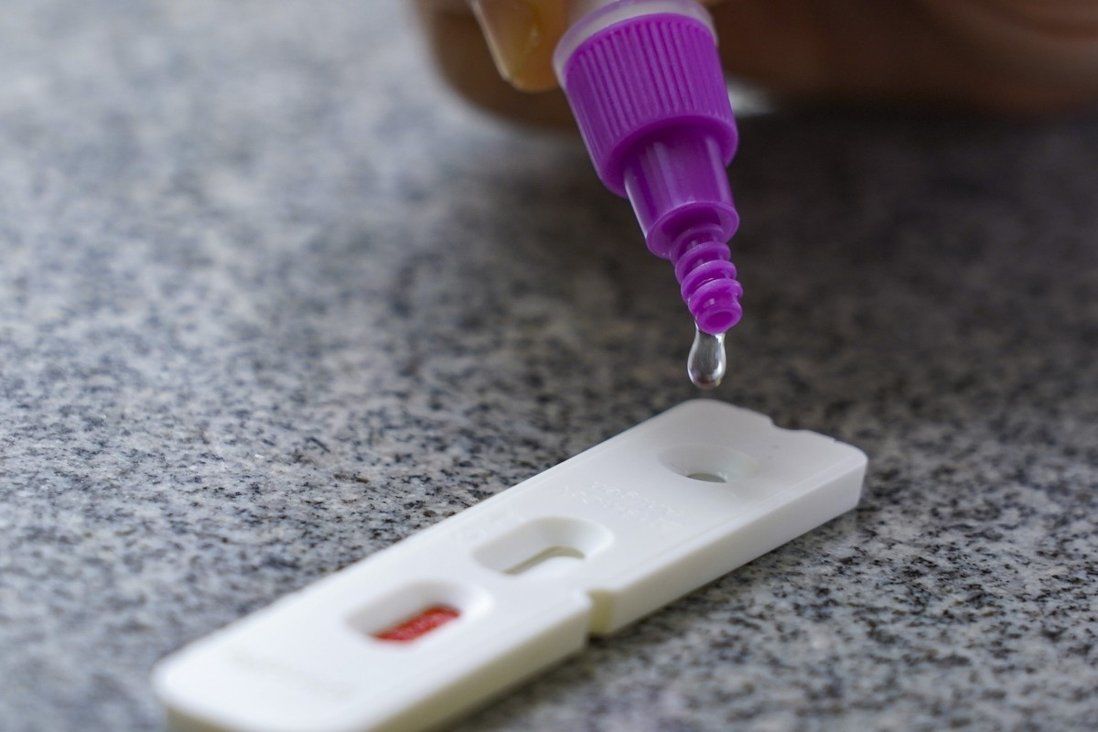 One suspect allegedly uploaded family member’s test result to claim sick leave for 14 days, while another was arrested for submitting photo taken from news.

Hong Kong police have made their first arrests over allegations that fake Covid-19 positive test results were submitted to the government through an online platform.

A man and two women, aged 25, 25 and 37, respectively, were detained and investigated on Tuesday, the force said.

Superintendent Wilson Tam Wai-shun of the Cyber Security and Technology Crime Bureau said the three were suspected of uploading positive results from rapid antigen tests (RAT) that did not belong to them last month in order to obtain sick leave.

“Their actions are irresponsible and wasteful of government resources, adding pressure to the anti-epidemic efforts of the government and society,” he said.

“The government has called on the public not to abuse this platform. Police will not tolerate anyone who stood in the way of anti-epidemic work and violated the law.”

Tam added that this was the first time police had arrested anyone on suspicion of committing such an offence involving the platform.

Police said the 25-year-old woman, a clerk, allegedly uploaded the positive test result of her family member on March 28 and took sick leave for 14 days, while the other woman, who is also a clerk, was accused of submitting an image of a RAT result from the news on March 14.

The man, a logistics worker, allegedly submitted a photo of a positive result he found online on March 12 and registered it on the platform with his father’s ID card. The force is still investigating the man’s motive, as he did not take any sick leave.

The Centre for Health Protection (CHP) referred the three suspects to police after conducting random nucleic acid testing of positive cases reported to the online platform.

Tam said the three people tested negative via RAT on Tuesday, but no records of infections were found for the 25-year-old man and woman.

He said the 37-year-old woman might have tested positive when she reported the fake positive result, but police were still investigating why she allegedly submitted a photo taken from the news.

“After she submitted the positive result, she underwent a nucleic acid test, which was negative. But when the CHP asked her to do another test, she refused,” he added.

According to the Prevention and Control of Disease (Disclosure of Information) Regulation Cap599D, anyone caught knowingly providing false or misleading information to health authorities faces a fine of up to HK$10,000 (US$1,275) and six months’ imprisonment.

Tam added that anyone who had used false information to claim sick leave could also face a conviction for fraud and be sentenced to up to 14 years behind bars.