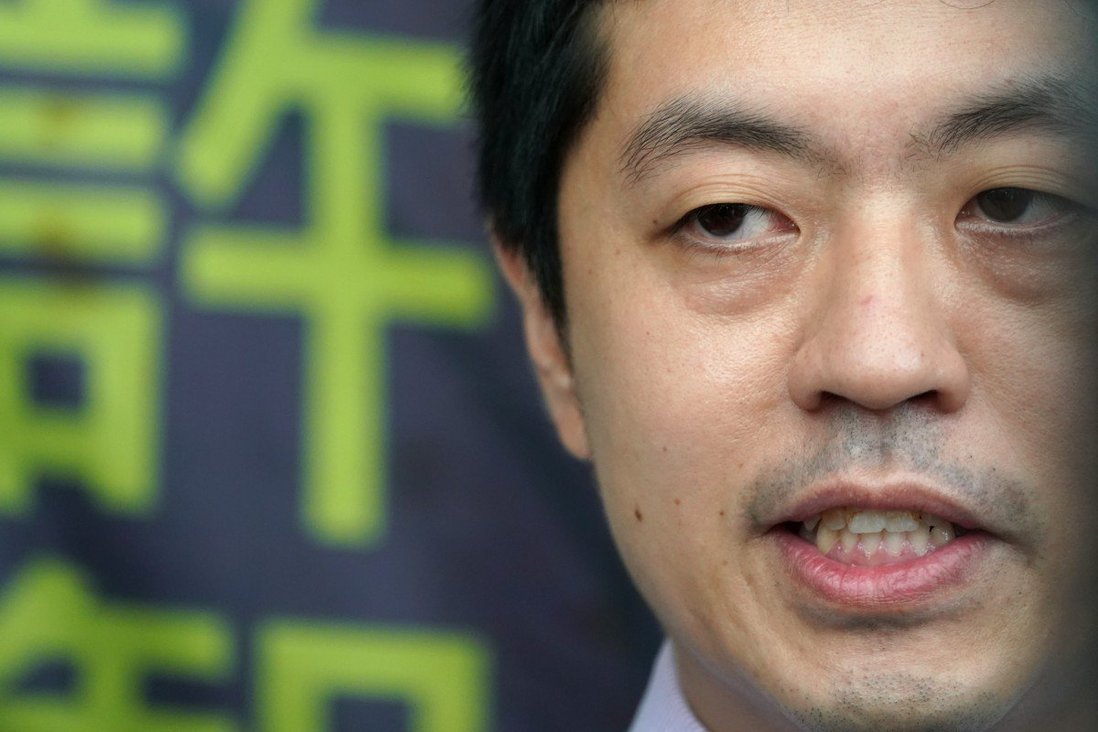 ‘We are not targeting his family, we are targeting the HK$850,000’, police say, alleging the amount was misappropriated from crowdfunding campaign.

Hong Kong police have confirmed they froze the bank accounts of former opposition lawmaker-turned-fugitive Ted Hui Chi-fung, as well as those of his parents and wife, accusing him of misappropriating money from a crowdfunding campaign.

Denying the accusations, the self-exiled former politician posted an audit report on Facebook as evidence he had “never embezzled funds” from a law firm’s account that had held the crowdfunded money.

“All proceeds from the crowdfunding campaign have nothing to do with my account and those of my family,” Hui wrote on Monday evening. 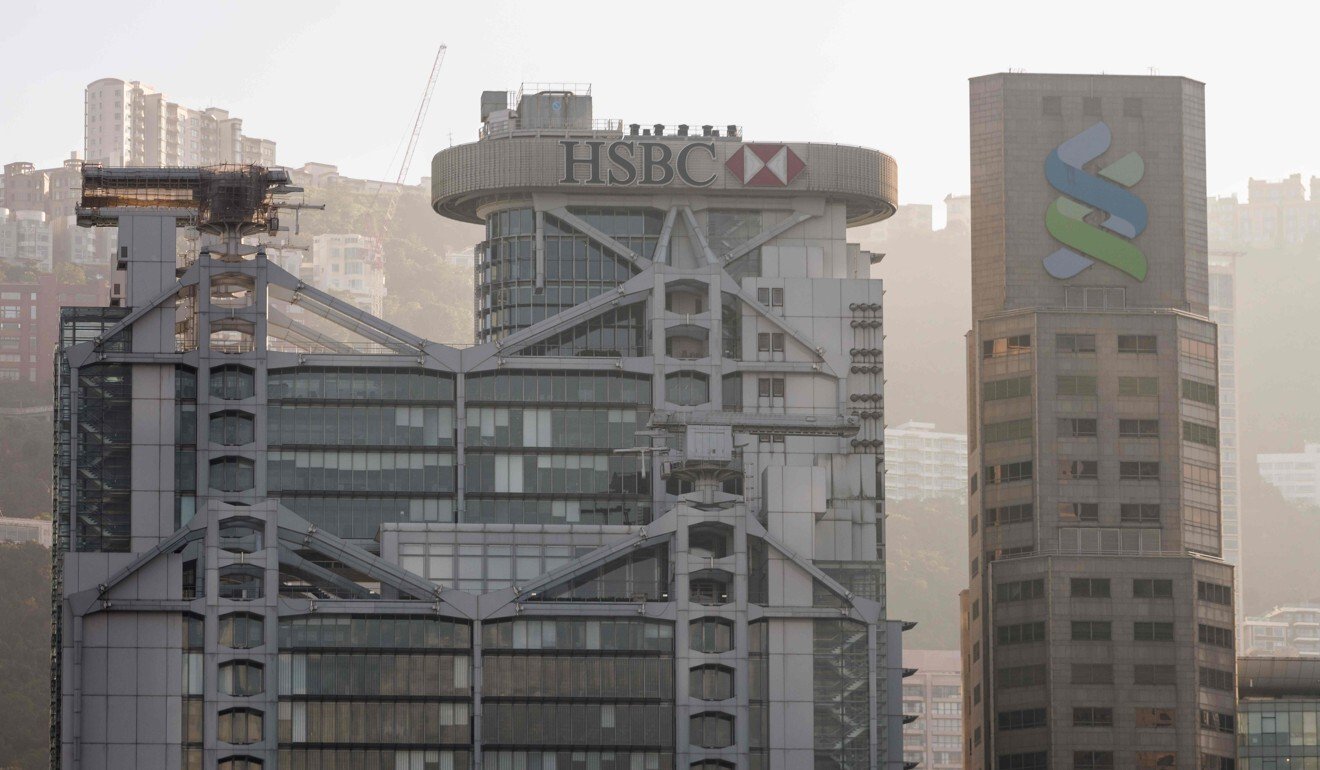 Out on bail and facing a raft of criminal charges related to anti-government protests in Hong Kong, Hui fled to Britain by way of Denmark last week. Hui’s family is understood to have also left Hong Kong.

A day after the force first acknowledged they had frozen HK$850,000 (US$109,600) in accounts involving the money-laundering case of an unnamed “absconded Hongkoner”, Senior Superintendent Steve Li Kwai-Wah, of the police force’s new National Security Department, told the press on Monday afternoon that Hui had misappropriated funds from the campaign and transferred them to his relatives.

“The frozen accounts have nothing to do with Hui’s status as a fugitive,” he said. “We are not targeting his family, we are targeting the HK$850,000 and the bank accounts he allegedly deployed in transferring the money inappropriately.”

A law enforcement source maintained that the sum had been transferred about a month ago into five accounts at three banks belonging to Hui, his wife and his parents. Of that amount, more than HK$400,000 was purportedly placed in the four accounts held by Hui’s parents and wife.

Police on Friday asked the three banks – namely HSBC, Hang Seng Bank and Bank of China – to take action on accounts believed to be linked to those funds, the source added. Hui said the following day that he and his family’s accounts had been inaccessible.

There was some confusion late on Sunday after Hui said some of the accounts had been unfrozen, and that he had swiftly moved funds out of HSBC. But in a Facebook post on Monday afternoon, Hui again said the HSBC accounts were “completely frozen”, and demanded the bank clarify its actions.

“This serious incident not only affects the assets of my family, but also the confidence of all HSBC clients in Hong Kong and the world,” he said.

“Under the national security law, how much are the banks and business sector willing to sacrifice to serve the regime?”

Hours later, Hui posted an audit report from August that showed HK$3.6 million (US$464,447) had been raised in the crowdfunding campaign he initiated last year to launch a private prosecution and civil injunction against alleged police brutality.

After deducting processing fees and legal expenses, HK$2.2 million was deposited in the audited account of a law firm, the report read.

The former lawmaker went on to maintain that he had not “transferred the funds to any other accounts”.

An HSBC spokeswoman said the bank was unable to comment on individual accounts. “We have to abide by the laws of the jurisdiction in which we operate. Further enquiry should be directed to the related law enforcement agency.”

A Hang Seng Bank spokeswoman said it, too, could not comment on individual accounts and had to follow local laws.

The Hong Kong Monetary Authority, the city’s de facto central bank, said the freezing of funds or property related to overseas criminal investigations was carried out by relevant law enforcement agents, and that financial institutions were expected to cooperate with investigations.

As for the possible breach of the national security law, Senior Superintendent Li said that Hui’s Facebook post already constituted preliminary evidence of an offence.

“For example, he said he would team up with other parties to do something on expanding international frontiers to sanction Hong Kong, which is part of the evidence of an infringement of Article 29 of the national security law,” he said, referring to the provision forbidding collusion with foreign elements to endanger national security.

Revealing his decision last Thursday to go into exile, Hui had written on Facebook: “I will continue to fight on abroad and will make it my life mission to widen Hong Kong’s international battlefront.”

Following the weekend’s developments, former lawmaker James To Kun-sun, of the Democratic Party, hit out at police on Monday for their “smear campaign” against Hui, insisting his former colleague did not call for sanctions as accused, and noting there were scores of possible interpretations of “widening the international battlefront”.

“It could simply mean exposing the injustice in Hong Kong to the world,” To said.

Meanwhile, barrister and Civic Party chairman Alan Leong Kah-kit accused police of abusing their power to arbitrarily freeze bank accounts, something he said could lead to a run on the international financial hub’s banks.

“What the regime has done is suggest that setting up a crowdfunding campaign itself is an indictable offence, which is absolutely ridiculous,” he said.

Speaking to the Legislative Council’s financial affairs panel on Monday, Financial Secretary Paul Chan Mo-po declined to comment on Hui’s case, saying he believed the city’s financial regulators would follow it up.

He was responding to questions raised by opposition lawmaker Cheng Chung-tai, leader of localist party Civic Passion, who asked if procedural mistakes had been made by the involved banks that could affect Hong Kong’s financial stability.

“Your allegations are purely based on speculation,” Chan replied, calling Hong Kong’s status as a finance centre “firm as a rock”.

Meanwhile, Commissioner of Police Chris Tang Ping-keung on Sunday accused the former lawmaker of lacking a conscience and avoiding responsibility for his actions by jumping bail.

Hui resigned as a legislator last month, and was out on bail awaiting trial when he was given permission to attend what were billed as climate change meetings in Denmark that later proved to be a ruse.