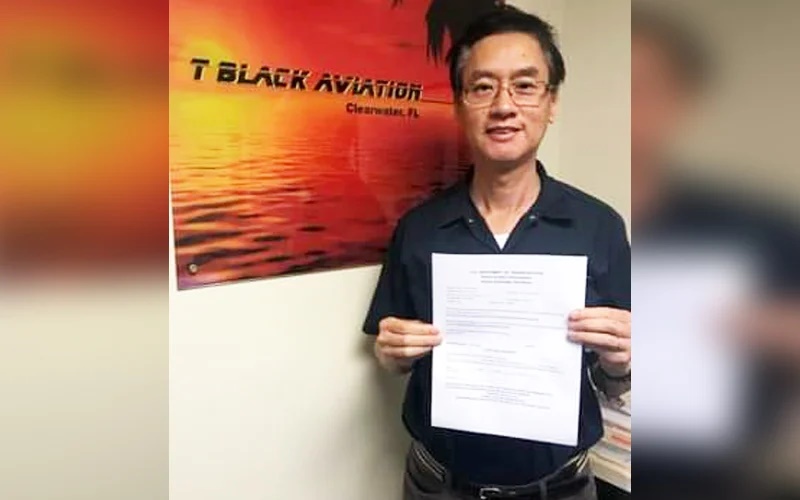 The pilot of the helicopter that crashed in Bidor, Perak in Malaysia last night is dead, the Perak police chief has confirmed. The victim is a Hong Kong citizen who was in the process of selling the helicopter, according to industry sources.
The victim has been identified as Richard Chan Tsz Kin, 58, a pilot who worked for a private firm. His body has been taken to the hospital for a post-mortem.

“The Royal Malaysian Air Force crew informed (us) that it was believed the victim died at the site,” Perak police chief Mohd Yusri Hassan Basri said, adding that Chan’s family members have been informed.

He also said there was no sign at the site that any explosion or fire had occurred during the incident.
Earlier on Monday, transport minister Wee Ka Siong said the pilot had been found alive at the site and rushed to a hospital in Ipoh.

The privately owned Eurocopter EC120B helicopter had taken off from Subang airport at 11.37 am yesterday for a general flight to Ipoh, where it was expected to land at 12.37 pm. Contact was lost at 12.16 pm and a rescue operation was launched in southern Perak.

The Civil Aviation Authority of Malaysia said on Sunday that the helicopter had been shown on the radar as suffering a sharp loss of altitude in less than a minute.

However, he said no distress calls were heard from the pilot as controllers tried to make contact.

Rescue operations were suspended at 8 pm yesterday because of bad weather and resumed this morning.

Meanwhile, in a Facebook post just after noon, Wee clarified that “early indications” showed that the victim was alive when the crash site was first detected at 8.18 am.

“However, we were informed that the victim had reportedly lost consciousness during the rescue and was attended to by rescuers. The authorities are awaiting confirmation from the hospital on the cause of death.”
#Facebook
Add Comment