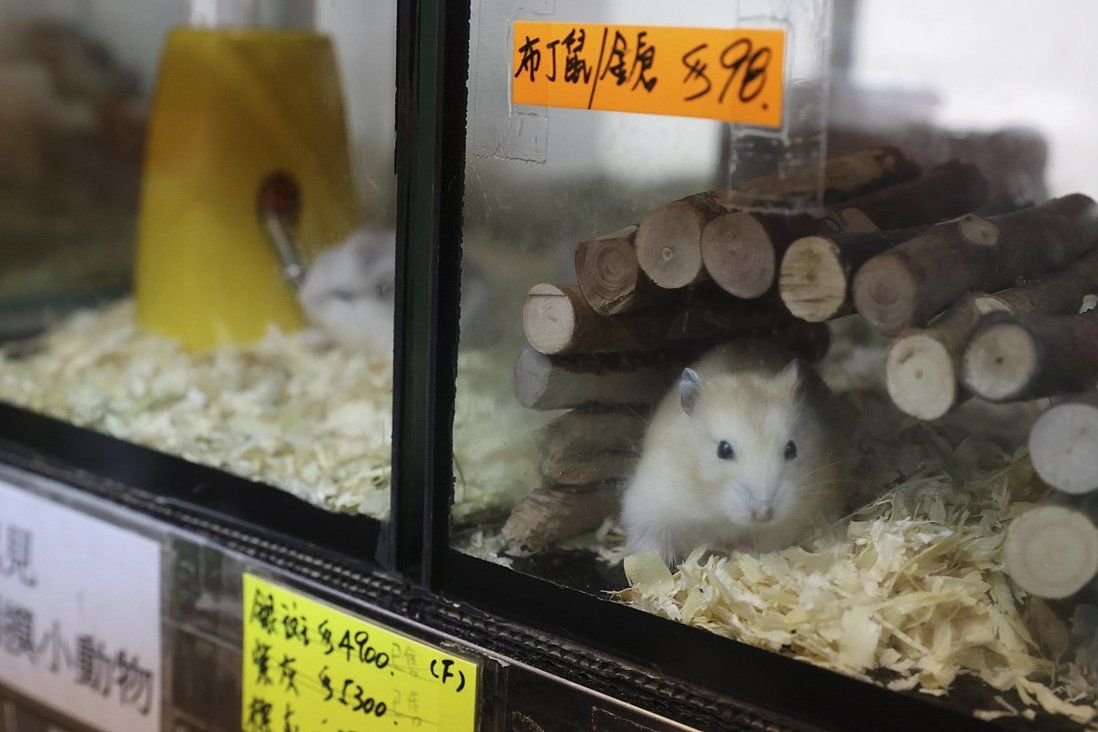 The owner of a pet shop chain that was forced to close after Hong Kong faced unprecedented suspected hamster-to-human coronavirus transmissions has urged the government to improve communication with the industry as some affected stores were allowed to reopen on Sunday.

The Agriculture, Fisheries and Conservation Department has allowed pet shops selling hamsters to reopen on Sunday following a government-ordered cull of 2,000 animals, prompted by possible cases of coronavirus transmission to humans.

Pet shops that have been thoroughly disinfected and have passed all environmental swab tests would be able to resume business, the department announced in a late-night press release on Saturday.

But Alan Cheng, owner of the pet store chain Mini Zoo, urged authorities to set up a communication channel with the industry to discuss how to resume hamster imports, adding that he was only notified about the reopening on Saturday.

He said that his two stores would only sell their existing animals, such as chinchillas and rabbits, when business resumed after the Lunar New Year holiday.

“At this stage, we do not have a plan to import any small animals. This is because all hamsters imports remain banned, and thus we do not want to make any orders,” he said. “Even if the import is resumed, I believe that the import restrictions would be tightened. I want to wait until the restrictions are made clear first.”

Cheng said that he was worried that if the government introduced mandatory testing for all imported hamsters, the surge in costs could deter business with overseas breeders.

Testing or quarantine at the agriculture department could also put pressure on local pet stores, as they could not guarantee the treatment of the animals, he added.

Meanwhile, the Little Boss pet shop in Causeway Bay, where the suspected transmissions were first identified, was among five stores ordered to remain closed as they had not yet passed mandated testing, the department said in its statement.

At I Love Rabbit, a sister shop of Little Boss, the Post observed on Sunday that no hamsters were on the shelves, with only rabbits available for sale. Some customers were queueing there to buy pet supplies and necessities.

The owner of Little Boss, surnamed Ng, told the Post that the store would not sell any hamsters, but would instead focus on the sale of pet supplies at the moment.

Ng said the store’s regular customers understood the situation and had continued to support the business.

An agriculture department spokesman said that officials had also taken 1,134 samples from other animals, including rabbits and chinchillas, in addition to 1,124 environmental swabs from all pet shops selling hamsters. The results for all the other animal tests were negative.

The government previously ordered all 34 licensed pet stores selling hamsters to suspend operations in January after the suspected hamster-to-human transmissions at Little Boss.

As of Saturday, at least 65 people were tied to the “hamster-related” cluster, as the government has classified it, including store staff, customers and close contacts.