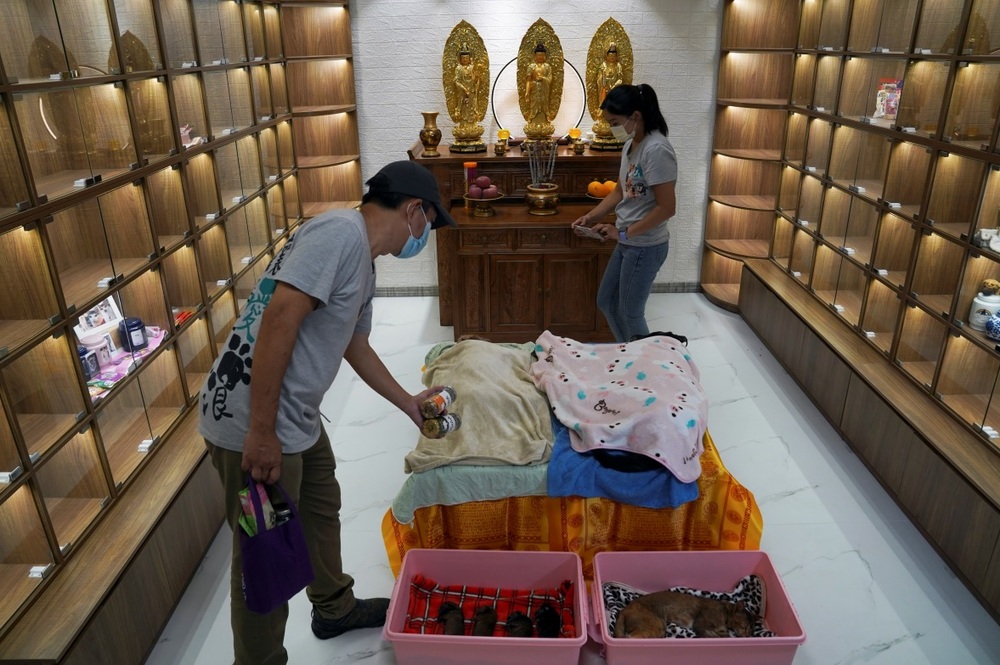 In Hong Kong, where land is at a premium and burials are expensive, pet owners can choose "green burials" at more than a dozen animal crematoriums - an option that Kent Luk, who runs a dog shelter, says brings compassion to their deaths.
Luk, owner of the city's Paws Guardian Rescue Shelter, takes care of about 500 strays at a time.

Luk ends up caring for many of the dogs until they die. He says arranging a respectful funeral for his strays adds dignity at the end of their lives.

If he handed their bodies over to the government, they would end up at one of the city's landfills.

"We don't want them to end up with the trash. We want them to be treated with some respect," he told Reuters.

The cremations take place at a nearby animal funeral parlour, which charges him a "symbolic" fee. Other pet owners pay higher rates, from HK$1,400 or higher for larger animals.

Owners can say goodbye to their pets in a designated room. Later, they can choose to bring home the ashes or have them scattered in a garden at the funeral facility.

Joey Wong, who chose cremation for her cat, Suet Suet, said she wanted to spread the cat's ashes at the foot of a palm tree on her balcony.

Wong said she wanted Suet Suet to have funeral rites, just like a human.

"She can look back at us from the balcony.And she can remain part of our lives and be together with the children as they grow older," Wong said.
Add Comment