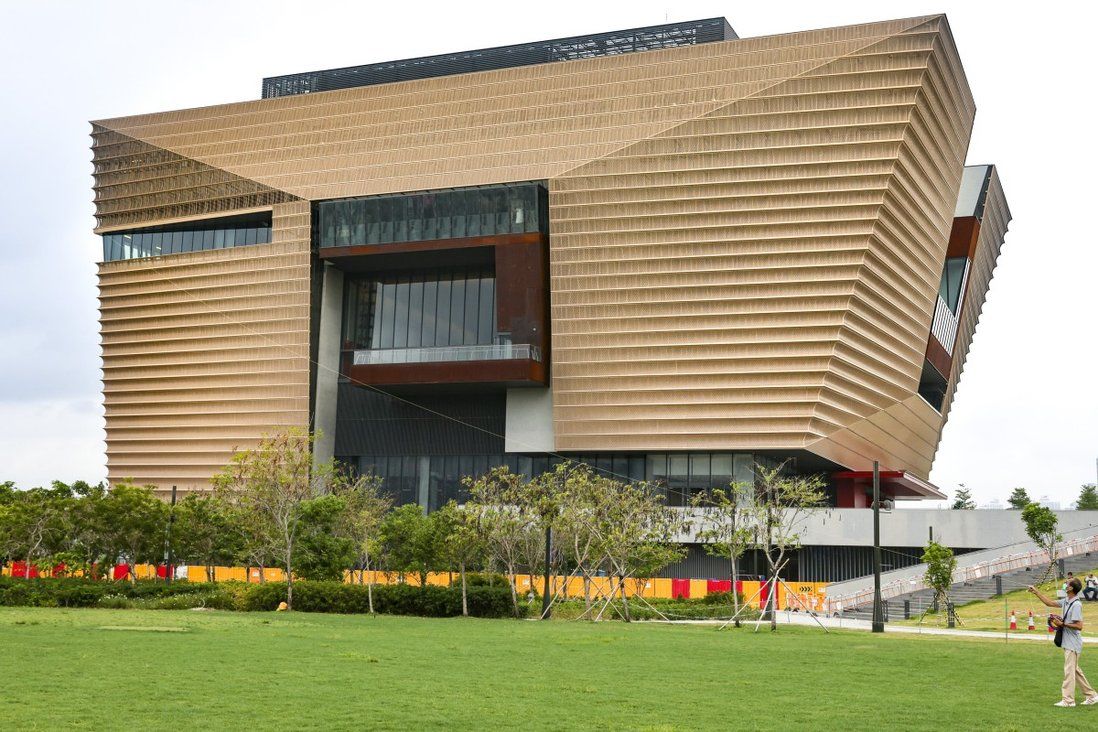 The Hong Kong Palace Museum will act as a “window” for promoting Chinese culture to the rest of the world, the director of its Beijing counterpart has said two days ahead of its opening ceremony.

Wang Xudong, the director of the Palace Museum in Beijing, described the Hong Kong version as an “important gift” celebrating the 25th anniversary of the city’s return to Chinese rule.

“The Hong Kong Palace Museum will be a close partner of the Palace Museum in Beijing in its future development. It is not one of our branches,” he said on Monday during a seminar.

“It is one of the windows for promoting Chinese culture and a platform to facilitate dialogue and exchange between different cultures in the world.” 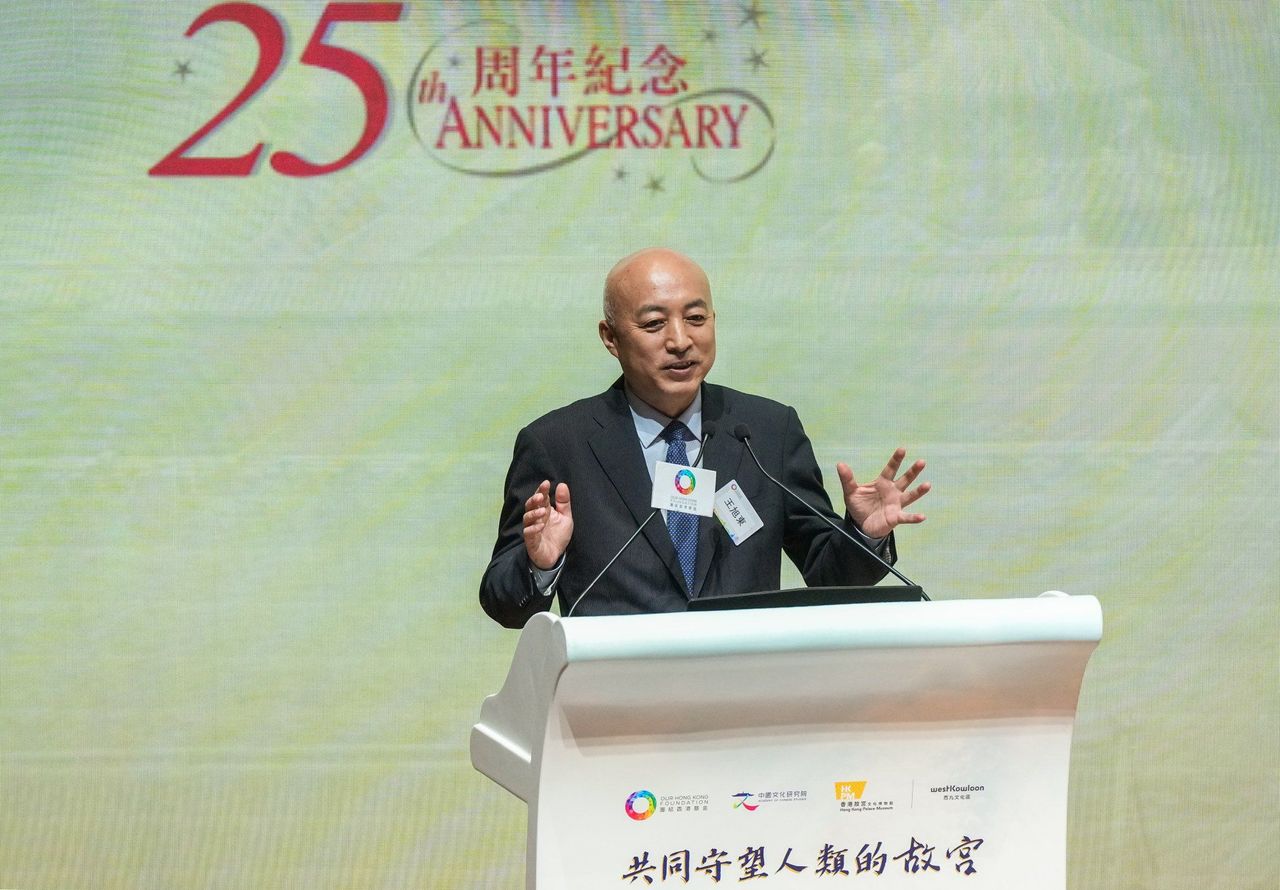 Wang Xudong, director of the Palace Museum in Beijing, delivers a speech at the West Kowloon Cultural District on Monday.

Wang was invited to speak about the history and development of the Palace Museum in a talk organised by Our Hong Kong Foundation, a think tank founded by former chief executive Tung Chee-hwa. The seminar was among the celebratory events planned for the 25th anniversary.

The Hong Kong version of the Palace Museum will hold an opening ceremony in collaboration with the Ministry of Culture and Tourism on Wednesday.

The museum, one of the main attractions of the 40-hectare (90-acre), multibillion-dollar West Kowloon Cultural District, will open to the public on July 2.

It houses more than 900 Chinese antiques and art pieces borrowed from its Beijing counterpart, marking the largest loan the latter has ever provided to another cultural institution outside mainland China.

The relics, selected from more than 1.86 million pieces in the Beijing collection, include 166 “grade one” items classified as “national treasures”. 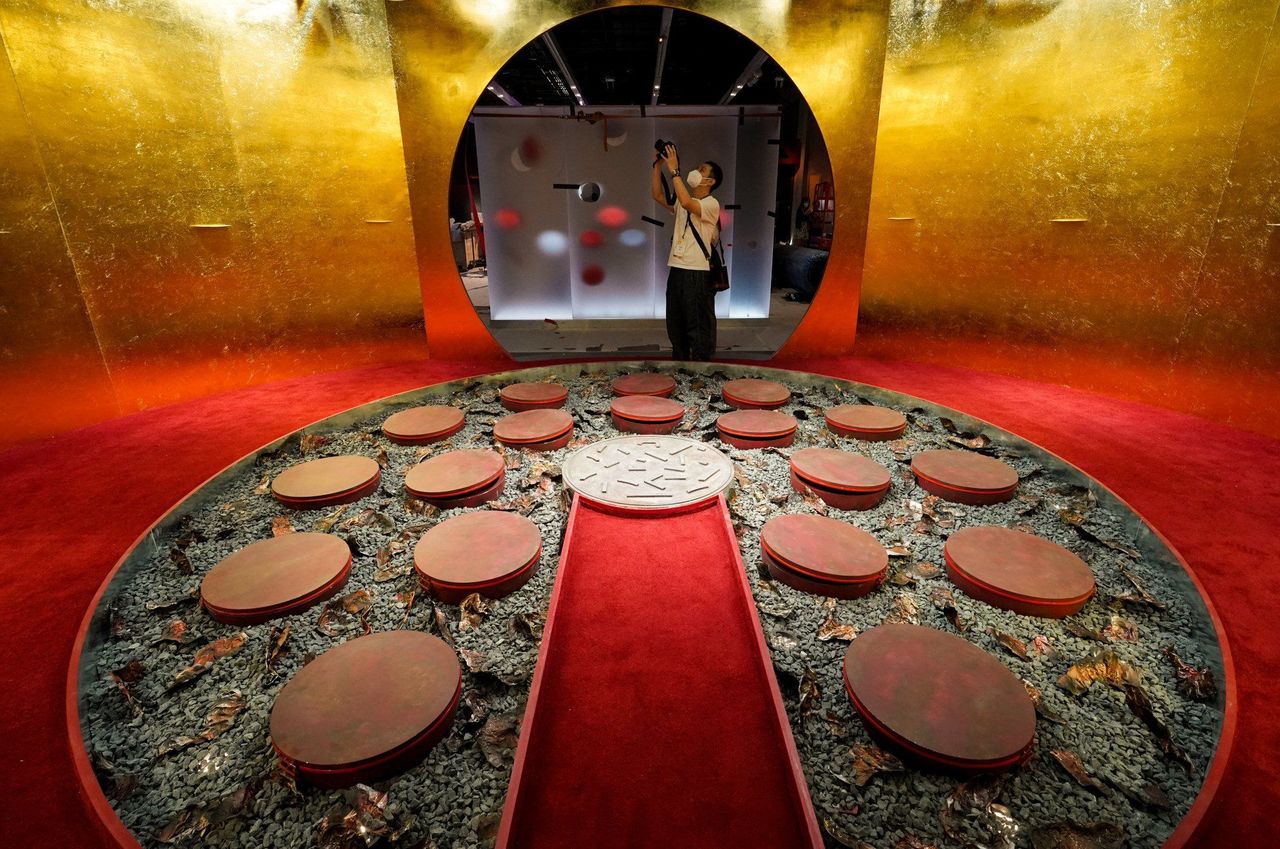 “A Grandiose Fanfare” by Hong Kong artist Gaybird Leung, displayed in “No Boundaries: Reinterpreting the Palace Museum Culture”, one of the nine inaugural exhibitions at the Hong Kong Palace Museum.

“We need to showcase the rich artefact collection of the Palace Museum through its Hong Kong counterpart … and illustrate the story of China,” he said.

Wang added that both cities had been brought together through past exhibitions, acknowledging the efforts of the Hong Kong government in establishing the new counterpart.

“[Hong Kong’s chief executive] has contributed a lot in driving the creation of the Hong Kong Palace Museum, which eventually received the full support of the central government. These efforts have laid the groundwork for the building of the museum,” he said.

“Without these exchanges and trust, it is impossible to have a museum dedicated to displaying the Palace’s cultural relics in Hong Kong.”

He added that Beijing’s Palace Museum would continue to collaborate with its Hong Kong counterpart to promote Chinese culture to the international community.