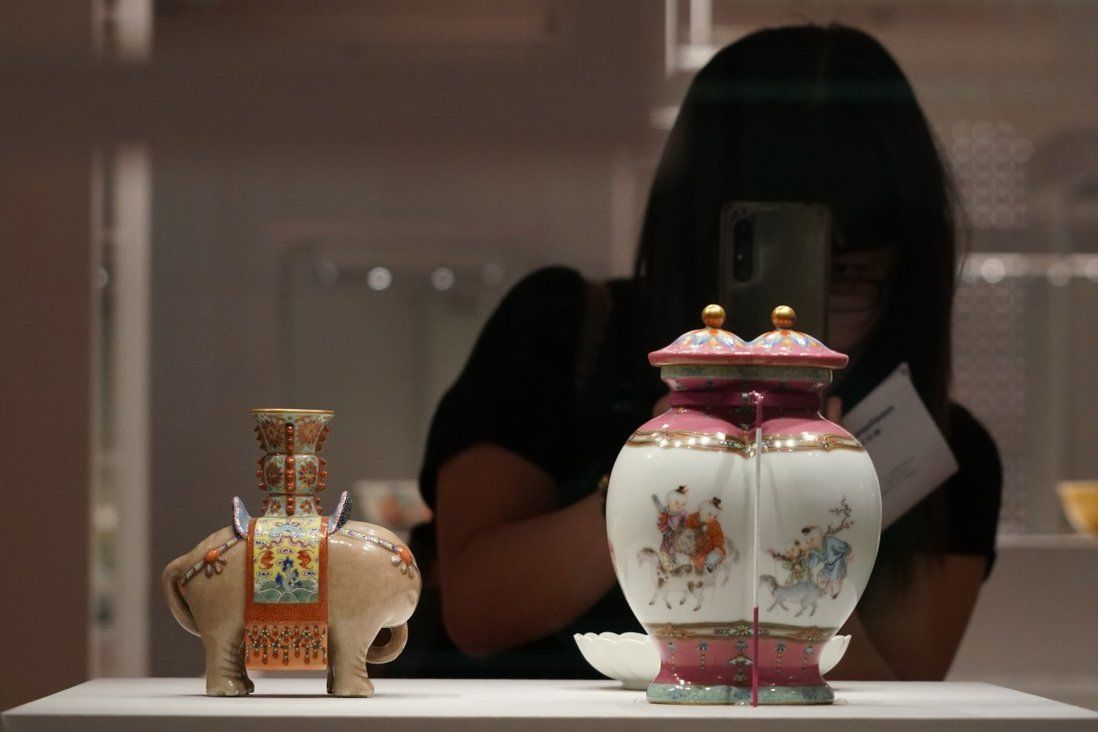 Ahead of its opening to the public on July 2, the US$450 million museum gives a preview of three of its nine inaugural exhibitions, including national treasures loaned by the Palace Museum in Beijing.

After years of discreet planning verging on secrecy, the Hong Kong Palace Museum has unveiled three of the nine exhibitions the public will see when it officially opens on July 2. They feature a number of top national treasures on loan from the Palace Museum in Beijing.

An exhibition titled “Clay to Treasure: Chinese Ceramics from the Palace Museum”, focuses on the evolution of ceramic production in the Ming and Qing dynasties, and features 169 objects displayed in a gallery that combines contemporary design and traditional Chinese elements.

One of the most famous pieces on show is a headrest in the shape of a reclining boy, which was made during the Northern Song dynasty (960–1127) and is one of 166 grade-one national treasures loaned temporarily to the Hong Kong museum in the West Kowloon Cultural District by the Palace Museum in Beijing. The white porcelain headrest belonged to the imperial collection.

Other pieces in the exhibition include 12 multicoloured chrysanthemum-shaped dishes commissioned in 1733 by the Qing Emperor Yongzheng and made at the imperial kilns in Jingdezhen, which were experimenting with bold new glaze colours at the time. 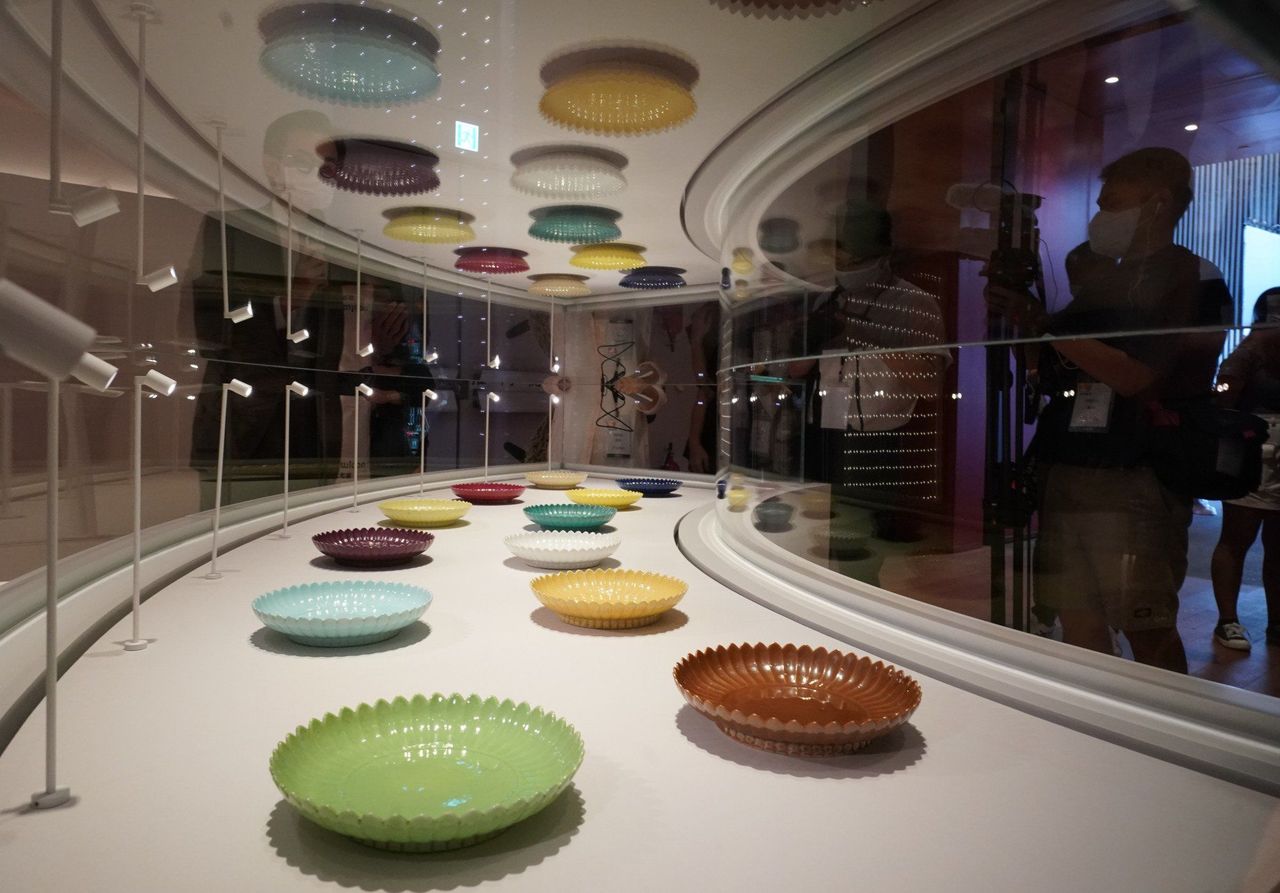 A view of 12 chrysanthemum-shaped dishes from the Qing dynasty featured in “Clay to Treasure: Chinese Ceramics from the Palace Museum”, one of the nine inaugural exhibitions at the Hong Kong Palace Museum opening on July 2, 2022.

Also from the imperial kilns is a vase with lotus sprays, a Kangxi period piece that is one of the earliest examples of falangcai-enamel decorated porcelain. The blue and yellow lotus flowers depicted show a revolutionary use of shading akin to Western painting style at the time.

Speaking on Friday, Daisy Wang Yiyou, deputy director of the Hong Kong museum, said only 70 per cent of the 914 pieces being loaned by the museum in Beijing had arrived in time for the opening because of a recent surge in Covid-19 cases.

Ceramic pieces on display as part of “Clay to Treasure: Chinese Ceramics from the Palace Museum”, one of the nine inaugural exhibitions at the Hong Kong Palace Museum opening on July 2, 2022.

New exhibits would be rolled out over time as shipments come through and as the loan items deemed most valuable and fragile are returned to Beijing for conservation, she said.

The other two exhibitions unveiled on Friday were “Private to Public: The History of Chinese Art Collecting in Hong Kong” and “No Boundaries: Reinterpreting the Palace Museum Culture”.

The former features a number of pieces on loan from local museums and private collections, such as The Matilde Moored in Hong Kong Harbour (circa. 1850), an oil painting from the Hong Kong Maritime Museum, and The Destruction of Civilisation (1941), an ink painting by Gao Jianfu that includes a cross on a hanging scroll. 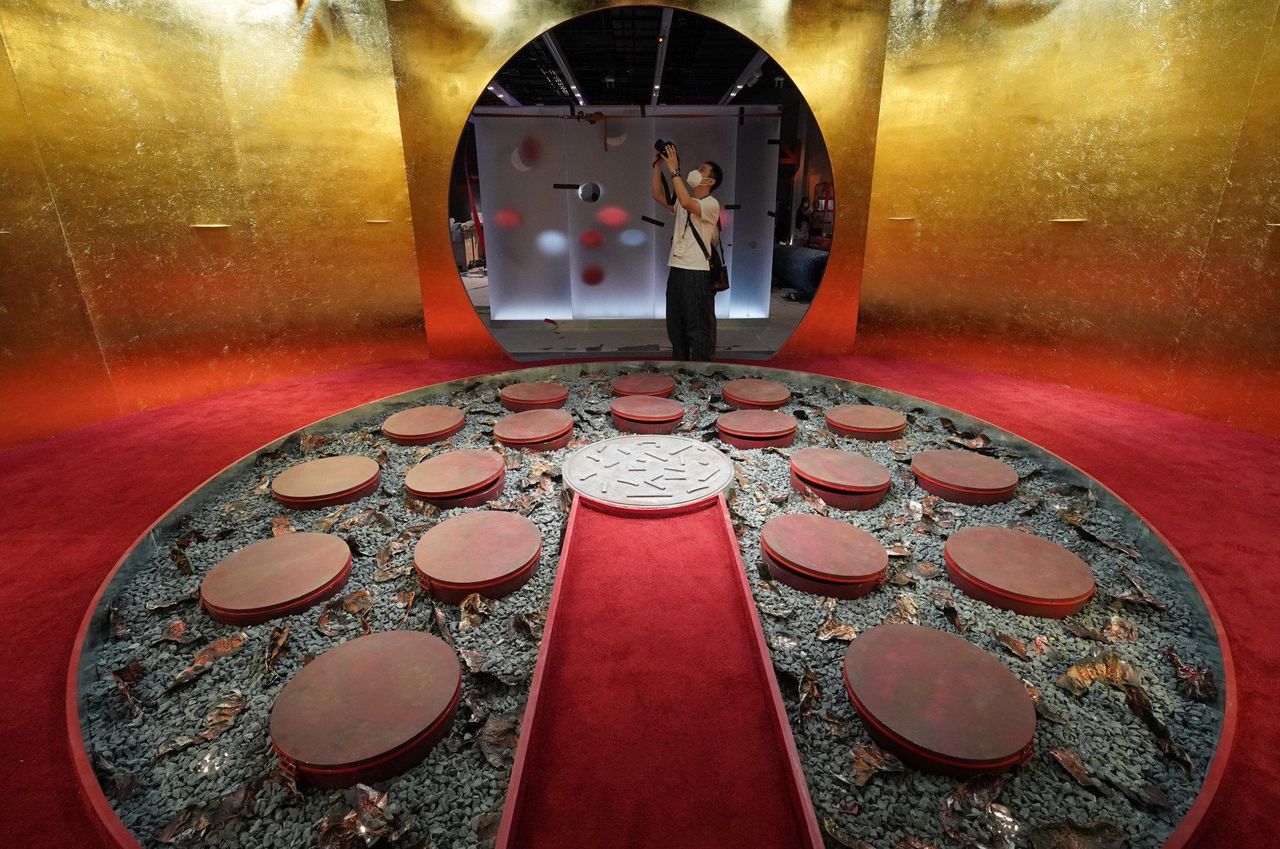 “A Grandiose Fanfare” by Hong Kong artist Gaybird Leung, displayed in “No Boundaries: Reinterpreting the Palace Museum Culture”, one of the nine inaugural exhibitions at the Hong Kong Palace Museum.

“No Boundaries” includes multimedia works by six Hong Kong artists that combine technology with elements of traditional Chinese culture. For example, Chris Cheung’s Waving Script is an installation that uses artificial intelligence to explore the history of calligraphy.

The opening of the Hong Kong Palace Museum forms part of celebrations to mark the 25th anniversary of Hong Kong’s handover from Britain to China, according to the West Kowloon Cultural District Authority (WKCDA).

While the rest of the West Kowloon Cultural District is under great financial strain, the HK$3.5 billion (US$450 million) cost of building the museum was met by the Hong Kong Jockey Club. 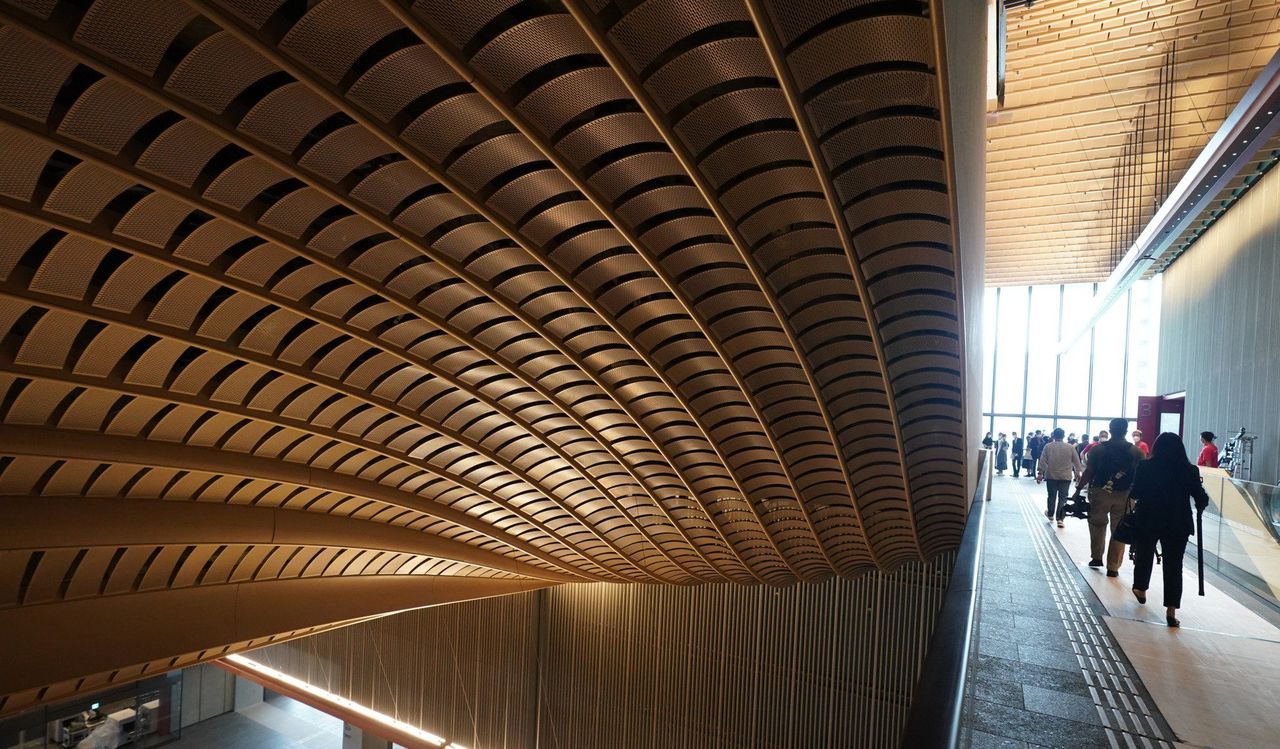 Part of the interior of the Hong Kong Palace Museum in the West Kowloon Cultural District, which opens to the public on July 2.

The museum forms a major plank of the Hong Kong government’s commitment to promote traditional Chinese culture and identity in the city, and is considered a venue that can help promote Chinese soft power to the rest of world, a goal of China’s 14th five-year plan.

Earlier this week, the Bank of China (Hong Kong) announced that it has become a “strategic partner” and sponsor of the museum.

Entry to the museum will cost between HK$50 and HK$120, but on Wednesdays visitors will be able to enjoy free admission to seven of its galleries.

WKCDA chief executive Betty Fung Ching Suk-yee earlier revealed that 40 per cent of advance tickets for the opening period had been sold.