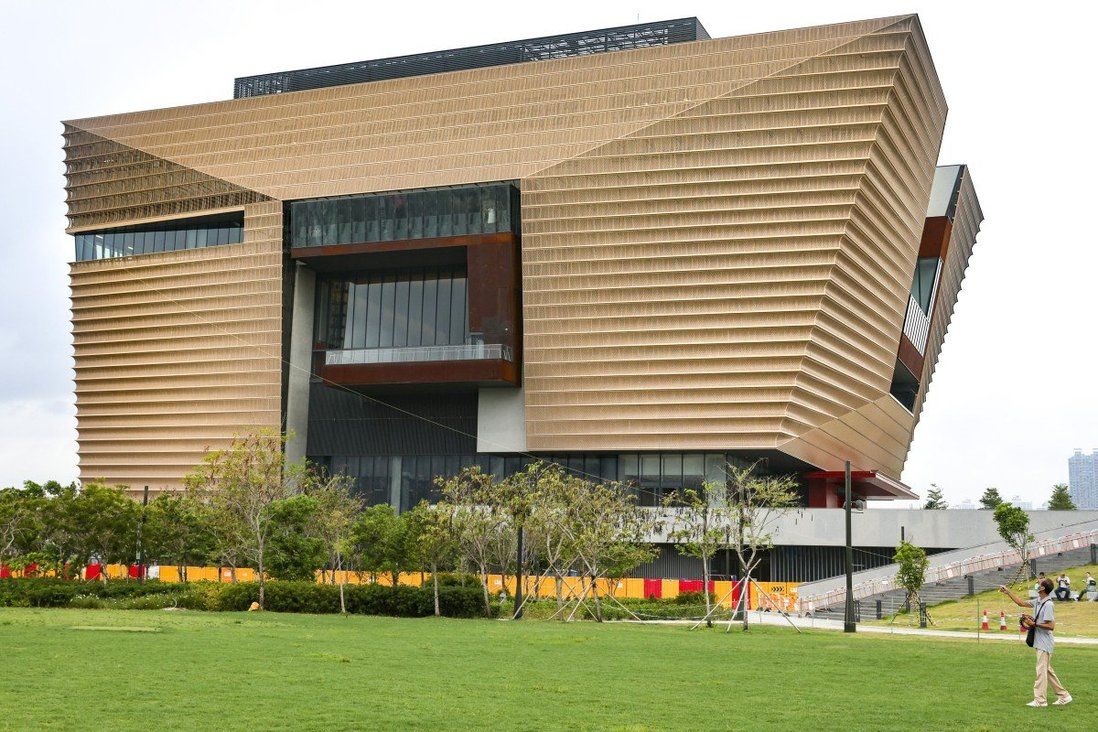 The Hong Kong Palace Museum could help foster a sense of national identity among residents in addition to serving as a must-see designation for visitors, the city’s outgoing leader has said.

Officiating at the museum’s opening ceremony, Chief Executive Carrie Lam Cheng Yuet-ngor said the venue should also act as a “cultural connector” by showcasing China’s culture and history for the rest of the world to see.

Previously advocating for the venue’s creation back in 2016 when she was the chief secretary to then city leader Leung Chun-ying, Lam on Wednesday said she was excited to see the completion of the project in time to mark the 25th anniversary of the city’s return to mainland rule. 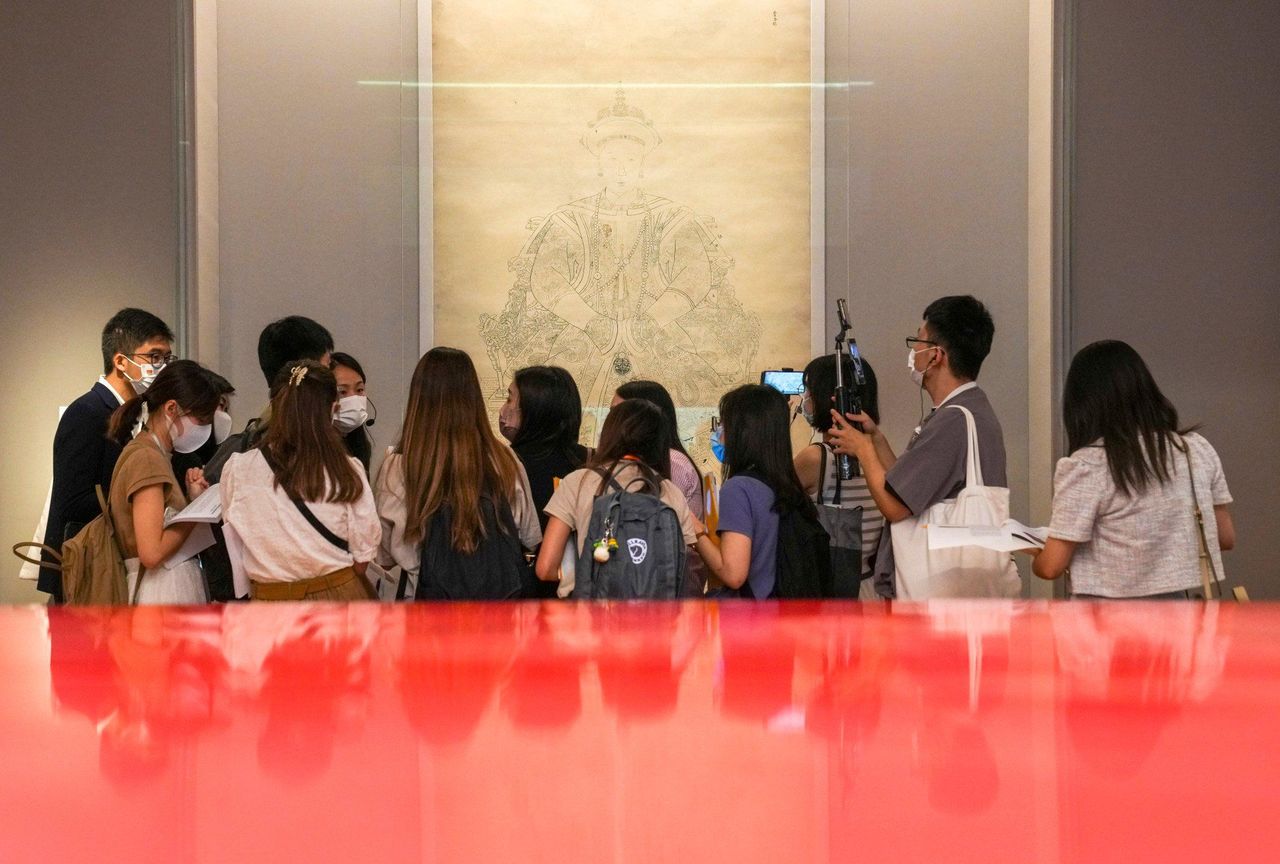 The Hong Kong Palace Museum will open to the public on July 2 and will host displays of more than 900 pieces from its sister site in Beijing.

She also urged the museum to cooperate closer with schools as part of efforts to promote Hongkongers’ sense of national identity.

“Hong Kong has reunified with the motherland for 25 years. But there is still room for improvement when it comes to the promotion of Chinese history and national culture,” she said.

“The opening of the Hong Kong Palace Museum marks the start of its mission. It has a responsibility of the time to shoulder. The value of the relics [to be exhibited in the museum] should not be limited to the artistic value that will amaze the viewers.

“It also allows viewers a deeper understanding of the 5,000 years of history of the Chinese civilisation, by which it can enhance our cultural confidence and the sense of national pride.” 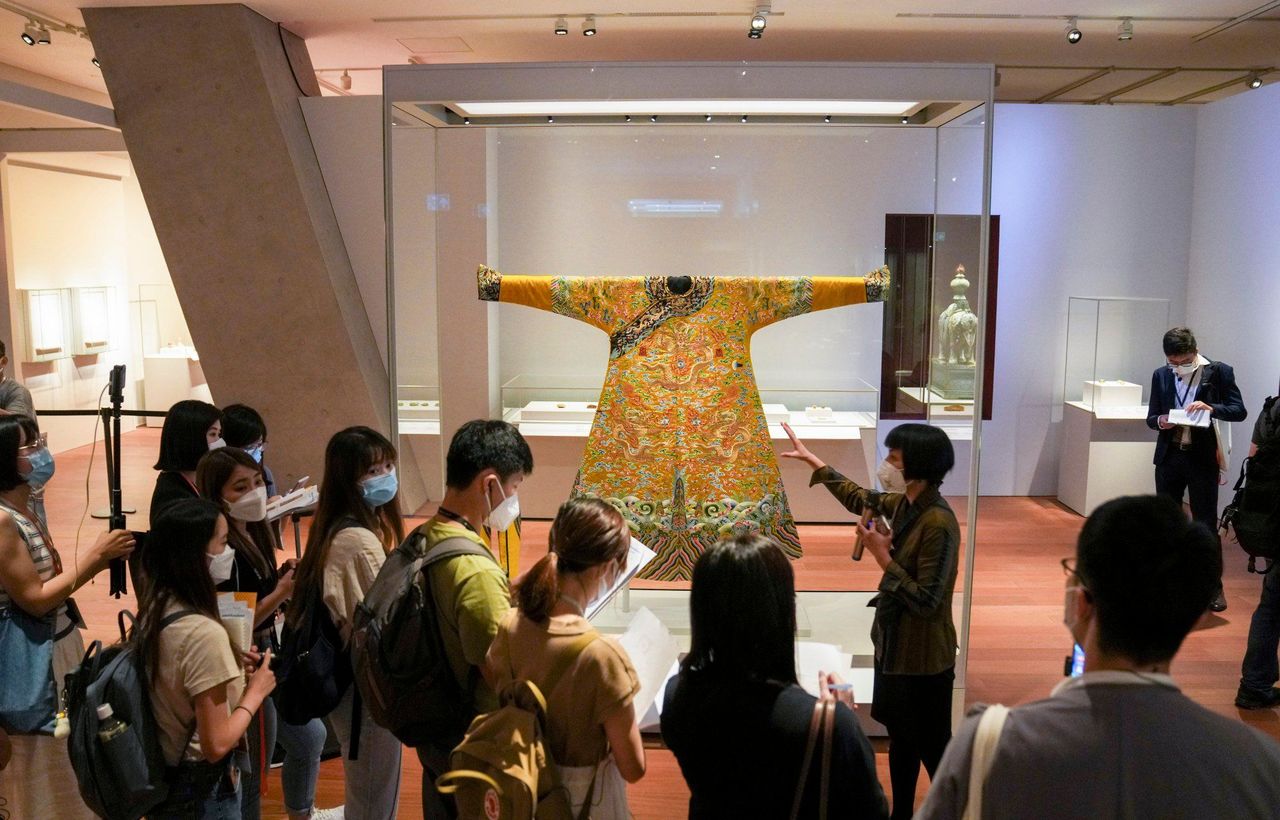 Mainland officials have said the Hong Kong Palace Museum will allow residents “zero-distance” contact with some of China’s relics.

The Hong Kong Palace Museum, which will open to the public on July 2, houses more than 900 Chinese antiques and art pieces selected from over 1.86 million items stored by its counterpart in Beijing, marking the biggest loan of items ever provided by the latter to another cultural institution outside the mainland.

Several mainland officials who attended the opening ceremony also spoke about the museum’s role in fostering a sense of national identity among Hongkongers, with their remarks coming one day after a survey found that only 18 per cent of residents considered themselves to be “Chinese”, while just 2 per cent of respondents aged 18 to 29 identified as such.

Li Qun, vice-minister of culture and tourism and director of the National Cultural Heritage Administration, said: “The opening of the museum will allow Hong Kong residents a zero-distance contact with the Chinese relics and to feel the strong pulse of the development of contemporary China. It will increase people’s self-confidence in their culture.”

Wang Xudong, director of the Beijing Palace Museum, said he hoped its sister site in Hong Kong could capitalise on the city’s status as a centre for international cultural exchange to help expand the global influence of Chinese culture.

Backed by a HK$3.5 billion (US$445.8 billion) donation from the city’s Jockey Club, the Hong Kong Palace Museum is considered Lam’s pet project and expected to be one of the major attractions of the West Kowloon Cultural District.

During his visit to Hong Kong in 2017 to commemorate the 20th anniversary of the city’s handover, Chinese President Xi Jinping witnessed the signing of a cooperation agreement between local authorities and the Beijing Palace Museum.

Louis Ng Chi-wah, the venue’s director, said the presale of entry tickets had received a satisfactory response, with about 70,000 already sold since they became available online on June 14. Museum ticket prices range from HK$50 to HK$120.

During the first opening month, the museum will only accommodate 5,000 visitors per day in compliance with anti-epidemic measures, with the figure increasing to 7,000 per day the following month.

Admission to the Hong Kong Museum will be free every Wednesday for the first opening year, with the venue closing on Tuesdays.