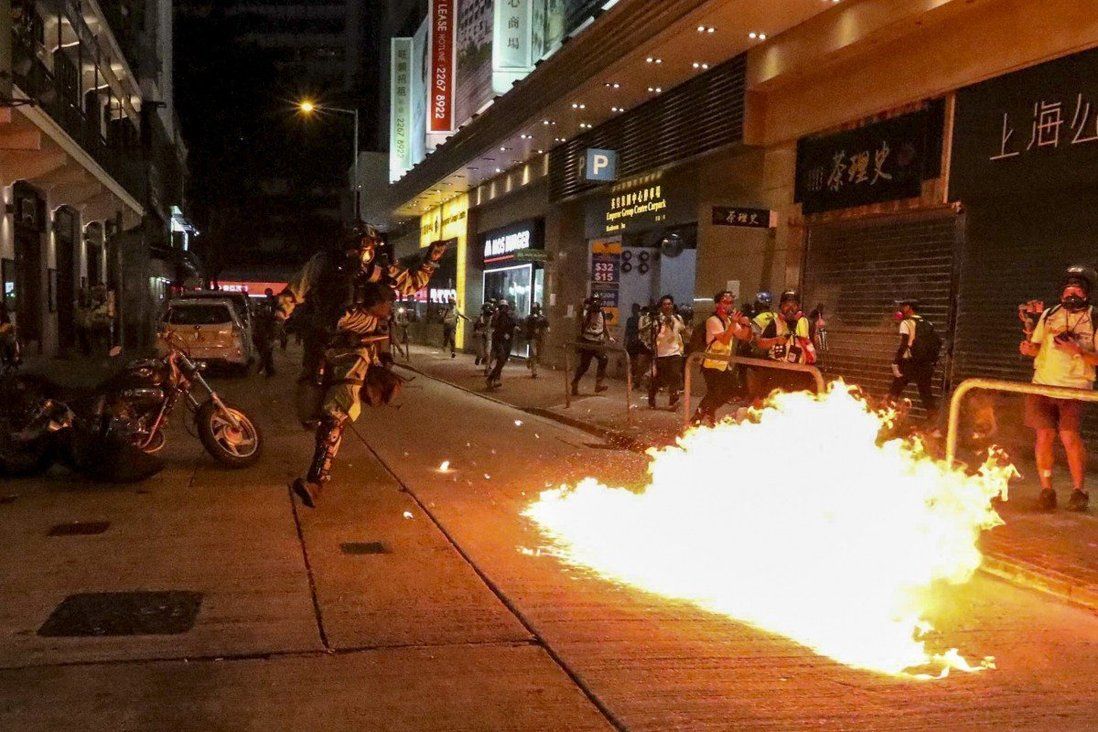 City University undergraduate Cheng Kam-fai, 22, sentenced to 40 months’ prison while construction worker Wong Kin-ki, 21, gets 3 years.
A university student and a construction worker have each been jailed for up to 40 months for possessing dozens of petrol bombs seized by authorities in the largest such haul during Hong Kong’s civil unrest in 2019.

Judge Eddie Yip Chor-man of the District Court on Thursday said the case was serious as it was dangerous to keep the petrol bombs in a multistorey building designated for both commercial and residential use.

City University undergraduate Cheng Kam-fai, 22, was jailed for 40 months while construction worker Wong Kin-ki, 21, received a shorter term of 36 months, based on the respective number of petrol bombs and volume of fire accelerants found in their possession.

The pair were among a group of four men and a woman arrested on November 2, 2019, when police raided an Airbnb flat in the Top View Mansion building in Wan Chai on a day marked by chaotic protests across Hong Kong Island.

Officers broke into the flat at 3pm after confirming the five had entered the premises. The five jumped off a balcony and fled, but were later found inside the building.

A subsequent search of the flat uncovered 59 petrol bombs, 79 partially made bombs, 50 empty glass bottles, 4.9 litres of petrol, 4.6 litres of diesel, and one litre of isopropyl alcohol, a highly flammable substance.

The remaining three defendants, who included Cheng and Wong, pleaded not guilty and were tried on the same charge.

A fifth defendant, unemployed man Yau Kin-wai, 26, was acquitted after Yip found no evidence he had come into contact with the explosives.
Add Comment