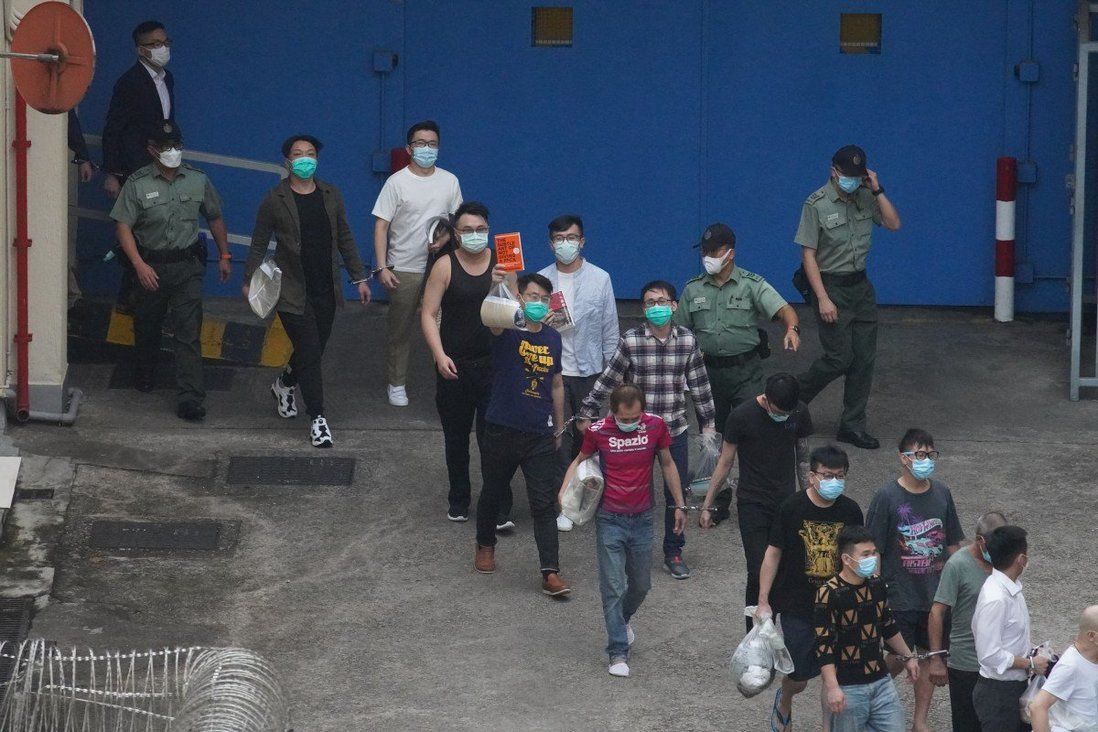 Defence lawyers at Monday hearing fail to convince Chief Magistrate Victor So to first establish what prosecutors must prove in order to obtain a guilty verdict.

Forty-seven Hong Kong opposition figures charged over their roles in an unofficial primary election last July are now facing the possibility of life in prison after a magistrate granted prosecutors’ request to move their trial to the High Court, where no cap on sentencing applies.

Chief Magistrate Victor So Wai-tak on Monday also rejected a request by defence lawyers that the lower court first establish what prosecutors must prove to obtain a guilty verdict on subversion charges brought under the city’s sweeping national security law.

That, he said, was more appropriately left to the High Court judge or judges who would preside over the group’s trial.

The prosecution has yet to indicate whether it will move forward with a jury trial, or if journalists and members of the public will be allowed to attend future proceedings 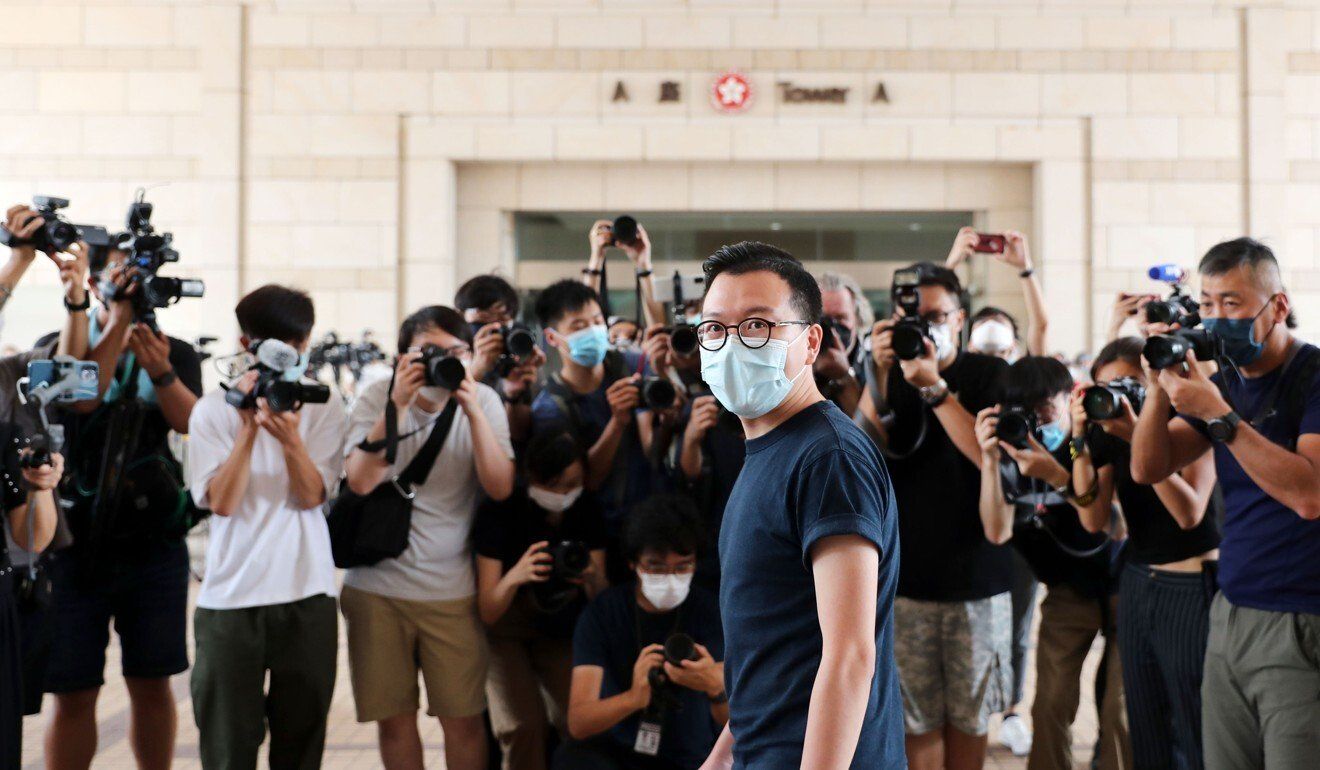 Kalvin Ho, one of 47 politicians and activists charged with subversion under the national security law, arrives at West Kowloon Court on Monday.

The 47 politicians and activists’ return to West Kowloon Court on Monday came nearly three months after they were first charged over an alleged conspiracy to subvert state power.

They have been accused of taking part in the so-called “35+ primaries” last July with the goal of undermining the operations of the Legislative Council and paralysing the government by acquiring a controlling majority in the 70-seat body.

Those who won in the primaries were said to have intended to block government bills and budgets indiscriminately had they been elected, in a bid to force Hong Kong leader Carrie Lam Cheng Yuet-ngor to step down.

The prosecution said the conspiracy was part of a “destructive manifesto in 10 steps to ‘mutual destruction’” inspired by legal scholar Benny Tai Yiu-ting, who aimed to undermine the government by “manipulating the electoral system”. 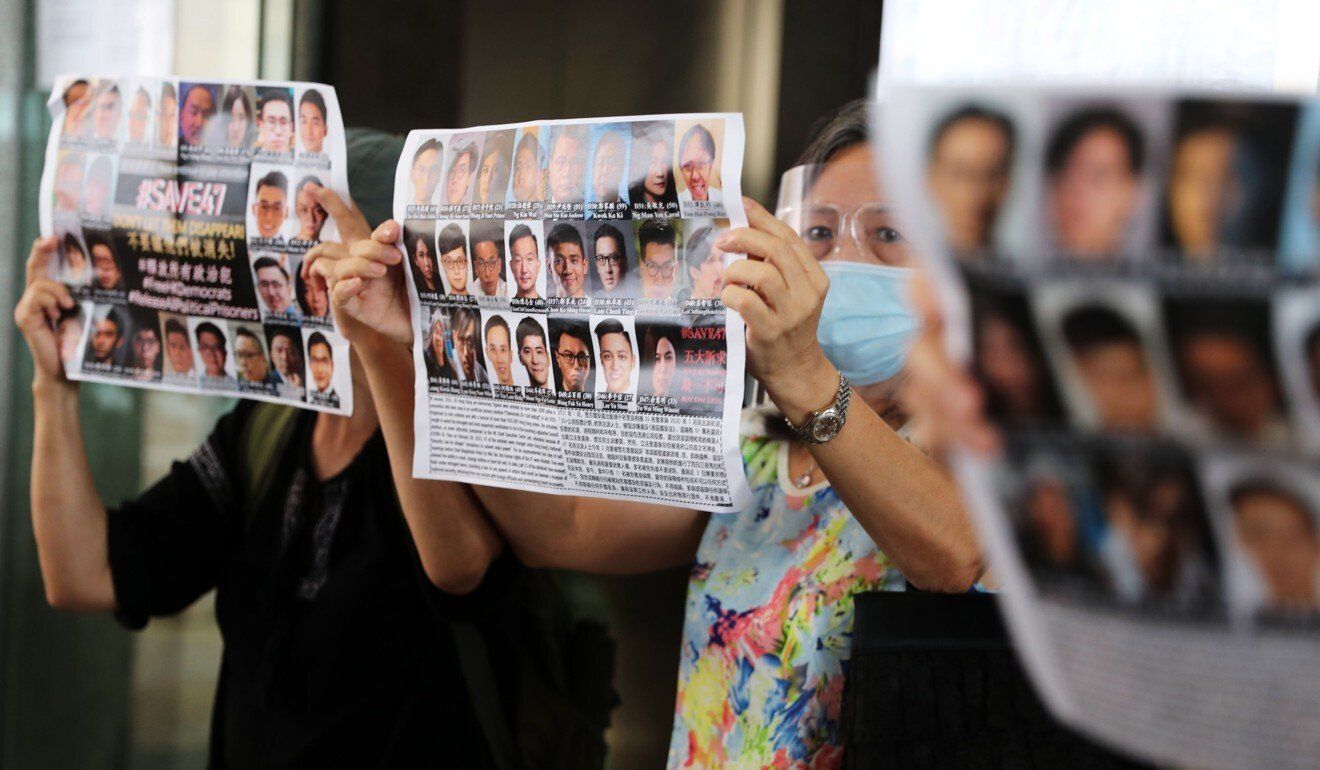 Supporters shout slogans outside West Kowloon Court, where a magistrate on Monday moved the trial of 47 opposition figures to the High Court.

Nigel Kat SC, acting for ex-district councillor Tiffany Yuen Ka-wai, who was disqualified after being jailed for four months in a separate case, urged the prosecution to explain what they believed constituted subversion so the accused could make “informed” decisions and stand a fair trial.

But So found it “best and proper” to let the higher court determine those issues at the coming trial, adding the defence could ask their opponents to particularise their allegations before defendants were committed for trial.

Counsel Anson Wong Yu-yat, representing former lawmaker “Long Hair” Leung Kwok-hung along with district councillors Jimmy Sham Tsz-kit and Lester Shum, said he needed to know the jury arrangements and whether the trial would be open to the public before he could advise his clients on their pleas.

But So said he had no power to compel prosecutors to reveal such information. 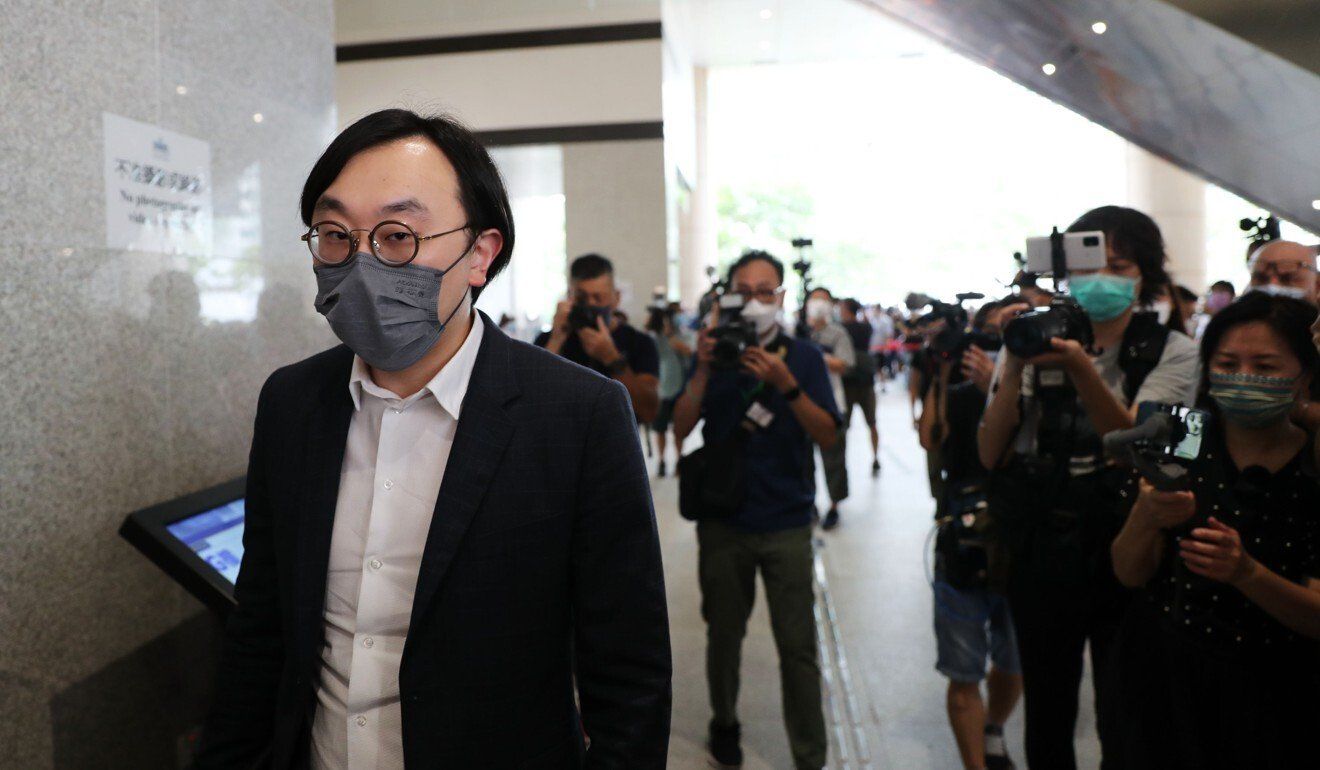 Under the Beijing-imposed legislation, which also outlaws acts of secession, terrorism and collusion with foreign forces, a principal offender can be jailed for between 10 years and life. Suspects deemed to have played an active role in an offence face three to 10 years behind bars, while those with a minor role face lesser punishment.

Hundreds of supporters turned up to Monday’s hearing, with some displaying slogans outside the courthouse that demanded the group’s release. Dozens of uniformed and plain-clothes police officers were seen on standby.

In March, Magistrate So released 15 of the 47 accused on cash bail of as much as HK$1 million (US$129,000), but a High Court judge revoked bail for four of them after a reassessment requested by prosecutors.

Eleven of the 36 defendants remanded in custody have since reapplied for bail. The magistrate turned down the application by Yuen on Monday, while the rest of the bids will be heard on Tuesday and Wednesday.

The magistrate scheduled the next hearing, which will handle committal procedures, for July 8. Media coverage is prohibited.