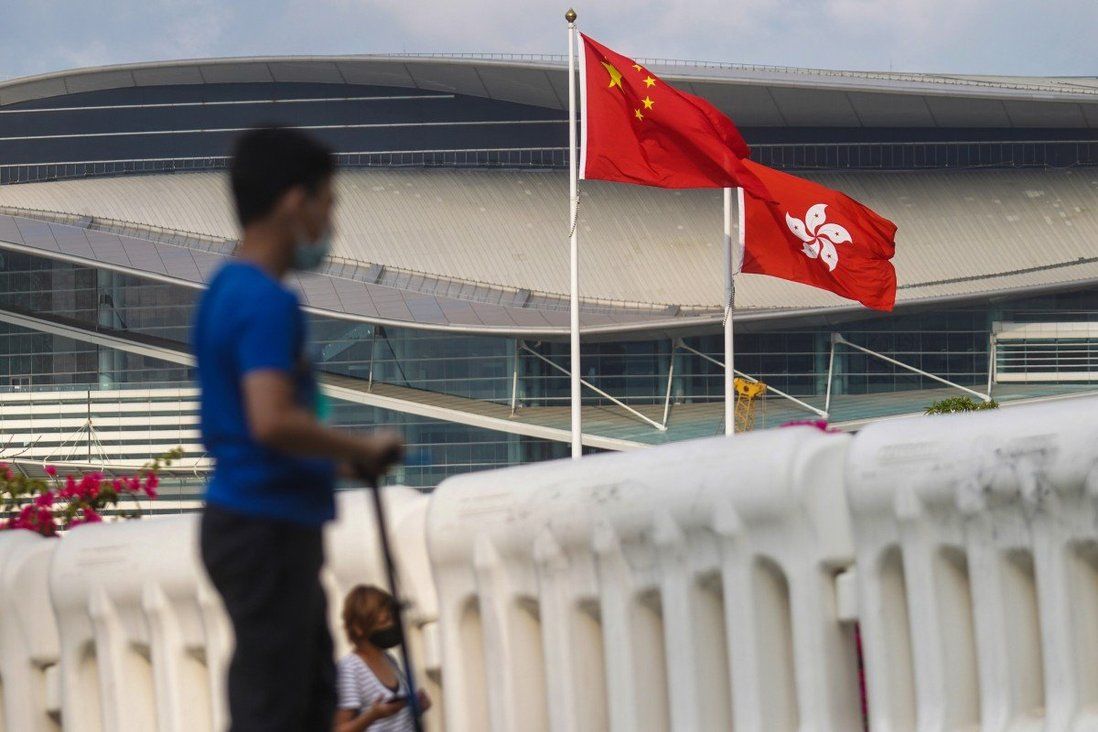 The future of Hong Kong’s opposition remains very much in doubt after Beijing’s drastic electoral overhaul that would guarantee it “absolute and total control” over the city’s political structure, deterring many members from attempting to jump into the fray, scholars and politicians said on Tuesday.

But even if they did decide to give the new system a chance, opposition hopefuls would have to secure nominations from all five sectors of the newly empowered Election Committee, including the ultra-Beijing loyalists in the new fifth sector. Many in the opposition were sceptical they would get the minimum number of nominations of two votes per sector required, while others felt it was too demeaning a hoop to jump through.

Chief Executive Carrie Lam Cheng Yuet-ngor, however, dismissed concerns that the overhaul was aimed at decimating the opposition, insisting there had always been “patriotic opposition” who would be able to secure nominations.

A voter may choose one candidate by secret ballot and the top two who obtain the most number of votes will be elected.

As was widely expected, the Election Committee that picks the city’s leader will get 40 seats, the biggest share in Legco. Each candidate must secure backing from at least 10 but no more than 20 members of the 1,500-strong committee, and the 40 candidates who obtain the most votes will take the seats.

The remaining 30 seats in Legco will go to the trade-based functional constituencies – which will be picked by designated voters. Six seats returned from the district councils will be scrapped, and Beijing has added two seats returning for the commercial sector, led by the pro-establishment camp, and a single seat for a delegate from the top national advisory bodies.

Ivan Choy Chi-keung, a political scientist from Chinese University, said the shake-up left no doubt that Beijing wanted “absolute and total control” over Hong Kong’s political systems and that it held the electoral future of the city’s pan-democrats in its hands.

“Even if Beijing opened the gate an inch and let a few democrats scrape in, the opposition would not make up more than 16 seats of the legislature, or about one-sixth,” he said.

Following a record turnout of 2.2 million voters in the 2016 Legco elections, pan-democrats and localists secured 54.8 per cent of the ballots and won 19 directly elected seats, while the pro-establishment camp bagged 40.3 per cent of the votes and took 16 seats. Opposition parties won 11 seats in the functional constituencies, giving the camp 30 seats in total.

Ray Yep Kin-man, a political scientist at City University, said Beijing’s overhaul was worse than many people expected and pan-democrats would find the new system “hard to swallow”. He also predicted they would keep just a handful of seats in the revamped Legco.

“Apart from raising some voices, they can play only an insignificant role in the legislature,” Yep said. “Pan-democratic groups will find it very difficult to convince their members to run in Legco elections, nor will they win the understanding of their supporters.

“Beijing is happy to see a further split within the pan-democratic camp if some of them decide to contest Legco elections. Even if a few pan-democrats win, they will not be able to make a difference as they are only a tiny minority.”

In an interview with Xinhua, Deng Zhonghua, deputy director of the State Council’s Hong Kong and Macau Affairs Office, was asked whether opposition figures could still participate in the city’s politics and whether it would remain diverse.

Deng said “patriots governing Hong Kong” was not about making politicians homogenous or eliminating dissenting voices. Nor was it about banning oppositional voices from governing, he added.

Legco hopefuls will also have to secure at least two nominations from all five of the Election Committee’s sectors, and given the new fifth one is dominated by “patriots”, their chances of success are expected to be minimal.

Even if Legco hopefuls did secure enough nominations from the Election Committee, they must still face the newly created vetting committee and the screening carried out by the police national security unit.

“The new requirement raises the barriers to entry for all opposition members,” said former opposition lawmaker Fernando Cheung Chiu-hung. “There are gates everywhere – from nomination and vetting to the number of seats we can get. It is very discouraging.”

“Most people in the bloc have been sent into custody simply for joining a primary election,” he said, referring to 47 activists who were charged with subversion after taking part in an unofficial primary election for Legco last July.

“But I think all of us need time to digest it. Saying ‘not running’ is simple and easy, but is that the best option for the opposition?” he said. “And of course, we also need to take into consideration that the new system no longer welcomes us.”

Democratic Party chairman Lo Kin-hei did not rule out the possibility of members running for election but said they would have to discuss the matter internally, adding that securing nominations from each of the five sectors of the Election Committee presented a “very big hurdle”.

Several other members of the opposition camp declined to comment on Beijing’s plan, saying even discussing it could have consequences.

Carrie Lam defended the electoral overhaul from accusations the changes were a naked attempt to weed out pan-democrats.

“One should not take it for granted that all pan-democrats are unpatriotic. That would be very unfair to them,” she said. “There are pan-democrats who were patriotic in the past, now and in the future. They will not be unpatriotic simply because they called for democracy.”

On the other side of the political aisle, pro-establishment parties said they were not worried about “being sidelined” by patriotic groups and Beijing loyalists.

“Overall speaking, there are more seats in Legco now, and I do not think any in the current pro-Beijing camp would not be welcomed by the Election Committee. Even the more outspoken Liberal Party could definitely get nominations from all five sectors,” she said. “But it will take time for our party to discuss our election strategies.”

Starry Lee Wai-king, chairwoman of the Democratic Alliance for the Betterment and Progress of Hong Kong, said she believed there would be more room now for her party’s participation as members could take up seats in both the functional and geographical constituencies and ones returned from the Election Committee.

But Choy, the political scientist, warned that the pro-Beijing bloc might have fewer incentives than in the past to cultivate community ties and win local votes, given the dilution of direct elections.

“They will instead turn their attention even more to pleasing Beijing and become less beholden to local grass-roots voices and demands,” he added.