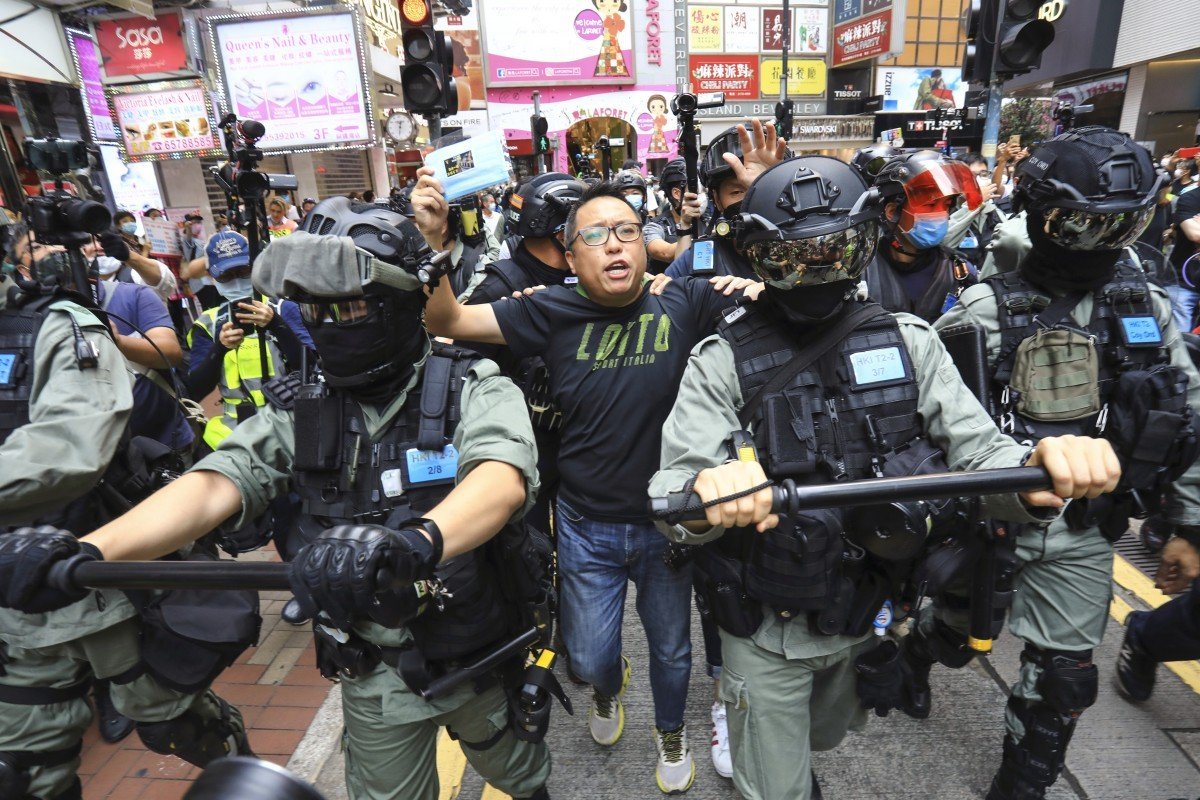 Sources said Tam, a leading figure of localist group People Power, was arrested on suspicion of uttering seditious words, an offence under the Crimes Ordinance.

Without confirming the identity of the suspect, Senior Superintendent Steve Li Kwai-wah said officers arrested a 47-year-old man in Tai Po in relation to sedition in public or on social media.

“From the end of June to last month, he set up street booths 29 times in different places, mostly in Kowloon,” Li said.

“He said those were anti-epidemic talks, but the words and publicity he used was mostly to incite hatred and contempt against the government … and also to raise discontent and disaffection between people from Hong Kong and other places. He also used Facebook live and other platforms to utter [such words.]”

Under the national security law imposed by Beijing, it is also an offence for anyone to incite others to engage in acts of secession, subversion and terrorism.

Li revealed that at the initial stage of the investigation, police had considered whether Tam’s actions were in violation of the national security law. After gathering evidence and discussing with the Department of Justice, officers decided that the Crimes Ordinance was the “most appropriate” in dealing with the case, he added.

Asked why the national security unit would arrest someone in relation to sedition, Li said police needed to continue to pursue a case when evidence showed suspects had broken other laws.

He declined to elaborate on the seditious words Tam had allegedly used, asking reporters to review the activist’s social media platforms instead.

The arrest on Sunday followed a call by protesters to gather in Kowloon on Sunday afternoon to oppose the legislation and the government’s decision to postpone the Legislative Council elections over public health reasons.

The action also came less than a month after police on August 10 carried out their most high-profile arrests since the national security law came into force, detaining Apple Daily founder Jimmy Lai Chee-ying, his two sons, four colleagues, and three activists, including Agnes Chow Ting.

“Residents are very discontented with, or even hate the government because it has infringed on people’s rights … The government is doomed when it cannot reflect on its own mistakes, and only blames people’s strong criticism, copying how autocratic regimes suppress dissent.”

Criminal law expert Simon Young Ngai-man, associate law dean at the University of Hong Kong, said in recognition of the importance of freedom of expression, some countries such as Britain had abolished offences of sedition.

“Others prosecute the offence and typically against the more outspoken critics of the government,” he said. “Hong Kong has taken a middle road. We kept the colonial offences and before the handover restricted them by making available defences for lawful and fair criticism,”

Young said he believed that in the event activists were prosecuted over sedition, “the defence for lawful and fair criticism will give some space to courts to ensure a fair, balanced and proportionate outcome”.