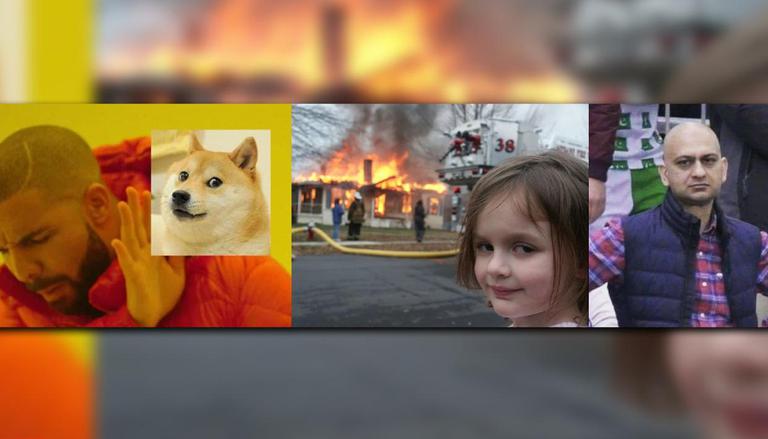 The world’s first meme museum is built in Hong Kong’s K11 mall and features all the latest meme templates from across the world. Disappoin fan also got featured

Memes have now become an integral part of social conversations, irrespective of the medium. But some people took it seriously, serious enough to build a museum for it. Hong Kong’s meme museum is creating a buzz on social media. The world’s first meme museum is built in Hong Kong’s K11 mall and features all the latest meme templates from across the world. It is a great initiative to put all cultural snapshots under one roof. These memes are proof of how we communicate in the twenty-first century. From 'Disaster Girl' to 'Drake', the exhibition has made space for all.

The exhibition of memes is being organised by 9GAG and K11 mall and showcases over 100 memes. The Meme Museum has seven zones that are themed around with different viral content, including the “Troll Face,” “Doge,” “Disaster Girl”, “Drake” and “disappointed Pakistani fan.” Other popular memes that have been included in the museum are Wojak Feels Guy, Yao Ming, and "Distracted Boyfriend."

The latest entrant to the museum’s feature list is a Pakistani cricket fan, whose disappointed reaction went viral. The Pakistani fan was caught, expressing his disappointment with Pakistan cricketer Asif Ali, as he dropped David Warner’s catch during a match at the ICC World Cup in 2019. The match didn’t end well for Pakistan as Australia won by 44 runs. That was Sarim Akhtar’s moment, to become a perfect meme template, as he stood displeased with both hands on his waist.

Taking to Twitter, Sarim Akhtar, expressed his excitement and wrote that he is glad to be featured in the World’s first meme museum in Hong Kong. Taking to Twitter, he shared a video from the insides of the museum, where his viral image was also seen at one corner. In the tweet, he wrote, “My sister found the video of the Hongkong K11 museum of memes on YouTube scroll to 0.37 sec”

Akhtar, whose profile description says he is the “owner of a famous viral meme pose”, was also seen in an advertisement by Coca-Cola. Based on a report by Hypebeast, the museum also features the “Beyond the Meme” sensory 4-D interactive experience and the world's first meme NFT artwork – titled In Meme We Love.