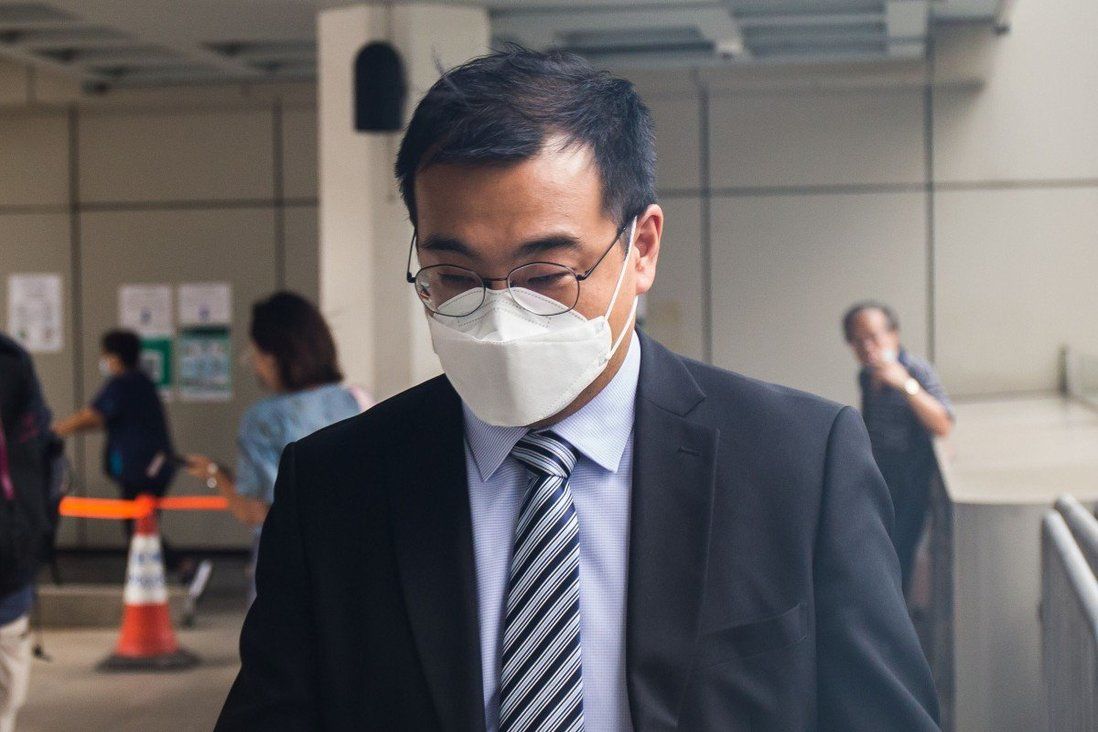 Constable Yeung Chun-yiu dismissed the defence’s suggestion that he and his colleagues had planned to bring down the rider using their bodies.

A police officer who was last year hit by a motorcycle during a protest against Hong Kong’s national security law has denied using his body as a human shield to stop the rider, who faces secession and terrorism charges in the first trial under the new legislation.

Defendant Tong Ying-kit is accused of ramming his vehicle into Constable Yeung Chun-yiu and two other policemen in Wan Chai last year on July 1, the second day the Beijing-imposed legislation took effect, among other charges.

Yeung, who experienced pain in the chest and the right thumb after the incident, on Wednesday dismissed the suggestion by the defence that he and his colleagues had planned to bring down the biker using their bodies.

“When we charged towards the motorcyclist, we had issued warnings for him to stop, so at that moment I firmly believed he would heed our instruction and stop,” Yeung said. 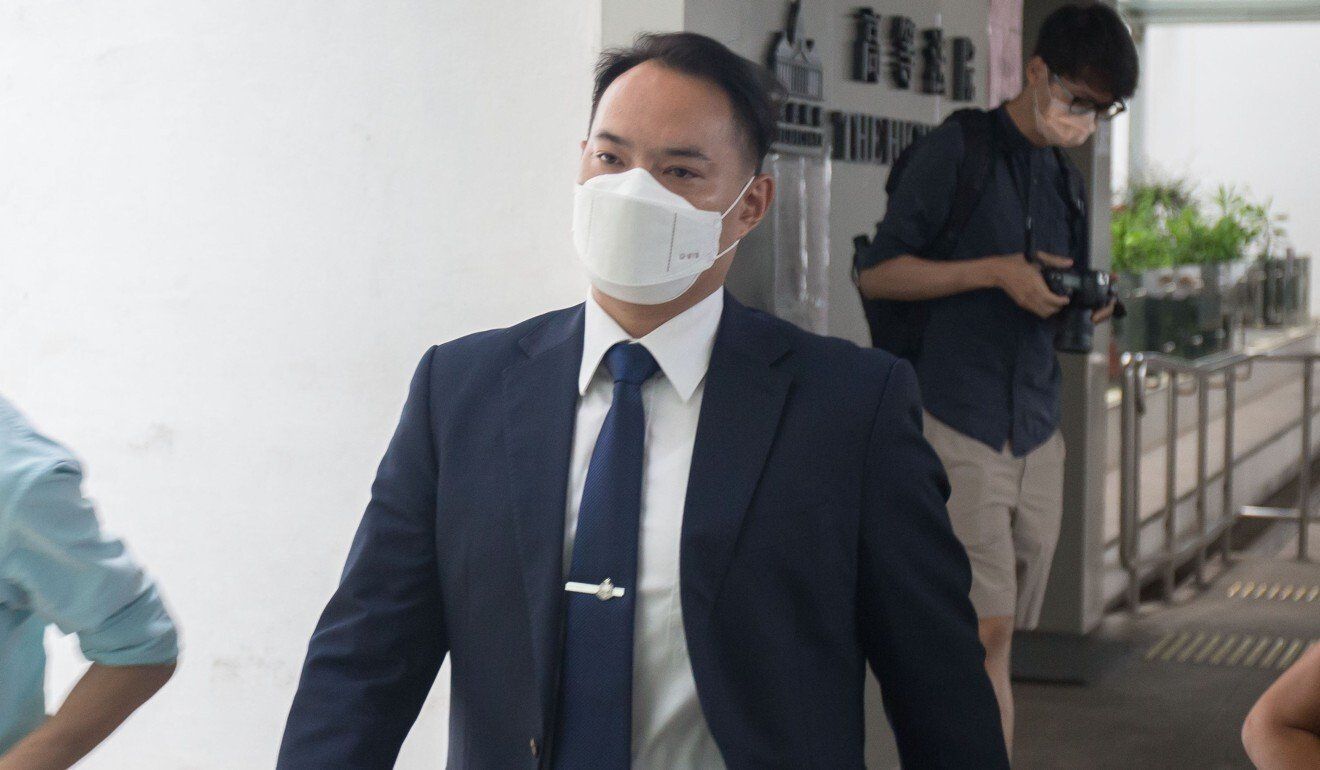 Constable Lee Ho-ming sustained injuries including scratches and bruises on his limbs after the collision.

Another officer, Constable Lee Ho-ming, denied dragging Tong on the ground out of anger, saying he took the motorcyclist to a safe haven “by the skin of his teeth” as he and his colleagues were targeted by protesters immediately after the collision.

Lee defended his colleagues’ decision to subdue the defendant, saying he “had a feeling” Tong had intended to flee when he saw him moving his limbs on the ground.

Tong allegedly hit the three constables at the junction of Jaffe and O’Brien roads while carrying a flag bearing the slogan: “Liberate Hong Kong; revolution of our times”. The prosecution contends this was a rallying call for those advocating independence for Hong Kong.

Lee suffered scratches and bruises on his limbs, as well as tenderness in the lower back, shoulders and hands, the prosecution said in their opening statement on June 23.

Detective Constable Ip Wai-chuen suffered a dislocated right thumb. The three policemen were each granted between five and 40 days of sick leave. 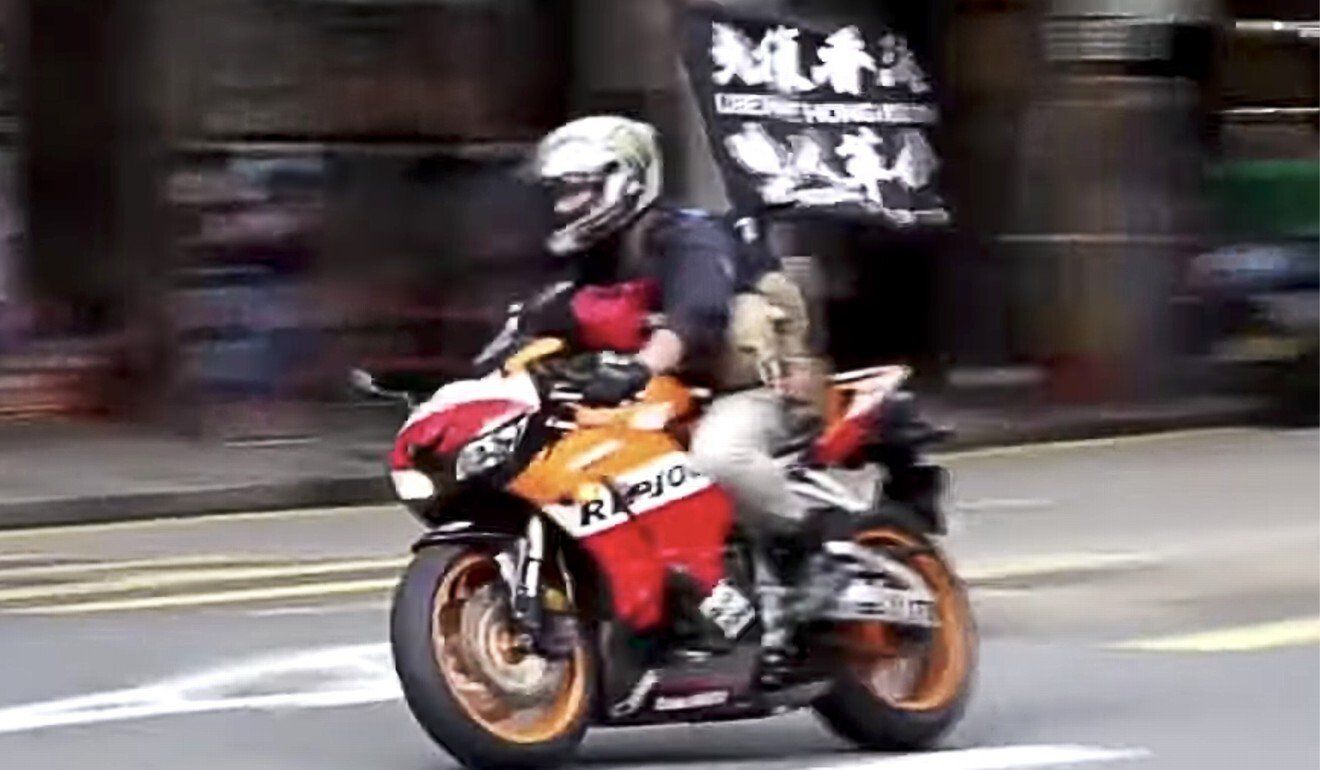 Tong Ying-kit allegedly hit the three constables at the junction of Jaffe and O’Brien roads.

A video clip capturing the incident showed two unidentified officers beating Tong with their batons after he tumbled to the ground upon the impact. He was pressed against the ground for a minute before Lee dragged him away from the camera’s view.

Defence lawyer Clive Grossman SC suggested Lee was in “extreme anger” when he pulled Tong to the side of the road in disregard of the injuries the accused had sustained in the fall.

“Nobody blames you for being angry, but I suggest to you that you were very angry indeed,” Grossman said.

Lee denied bearing animosity towards Tong, saying he needed to pull the suspect away from the scene as he saw petrol leaking from his motorcycle, all the while onlookers began throwing miscellaneous objects at officers.

The trial resumes on Friday.