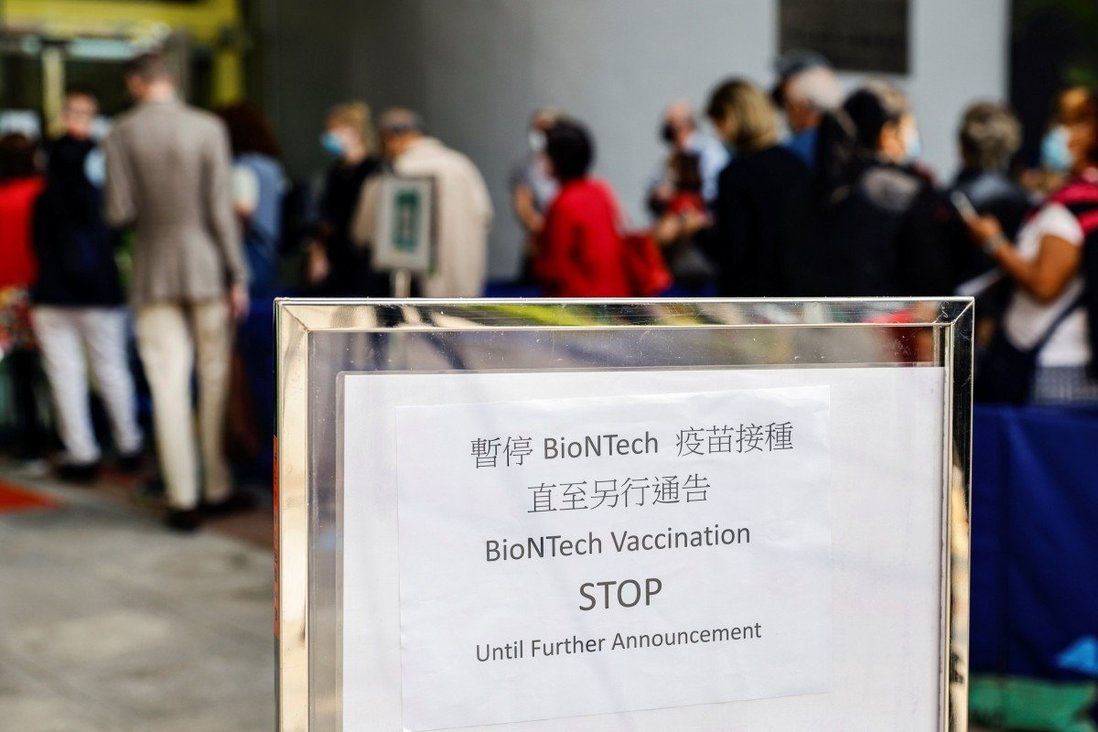 In countries such as Britain and the United States, there have been reports of a handful of similar cases of defective packaging in BioNTech vaccines, Society of Hospital Pharmacists chief says.

The level of defects in the BioNTech Covid-19 vaccine in Hong Kong is not particularly high, according to local experts, who point out countries overseas have not suspended their inoculation programmes despite packaging faults also being found in a small number of products.

The debate on how defective packaging might compromise vaccine safety continued to rage among the scientific community on Thursday after the Hong Kong government suspended the use of BioNTech jabs because of faulty bottles.

A BioNTech spokeswoman on Thursday said the affected batch – numbered 210102 – was only delivered to Hong Kong and Macau, and a probe had been launched into the cause of the defects.

Asked whether the company knew of any defective packaging in other batches, she said: “No other region has been supplied with doses from this batch. No other batches shipped to other regions are affected by this investigation.”

The batch was supplied by Fosun Pharma, which has the rights to distribute the German-made vaccine in mainland China, Hong Kong, Macau and Taiwan.

In countries such as Britain and the United States, pharmacists had reported a handful of similar cases of defective packaging in BioNTech vaccines, but they did not halt their vaccination schemes, according to William Chui Chun-ming, president of the Society of Hospital Pharmacists of Hong Kong.

“Defects have been reported in other places from time to time, although the number of cases is not as high as in Hong Kong,” he said.

Chui noted that faulty packaging, such as loose metal rings, also occurred occasionally in vials for medicines such as antibiotics.

He believed BioNTech had not asked Britain or the US to halt vaccinations because not enough cases were reported.

“The number of product complaints acts as a signal to alert the company that there might be problems occurring in their vaccine,” he said. “Suspension of the batch will be triggered when it reaches a certain number, which is decided by the company internally.”

Chui said although the vaccines could be manufactured at different plants, that would not be the reason for the spike in the defect rate in Hong Kong compared with elsewhere.

“The operation guideline across different manufacturing plants is the same. The production plant is standardised to control the quality of its vaccine, otherwise, it would be very dangerous and affect the company’s reputation,” he said.

Government pandemic adviser Professor David Hui Shu-cheong said he was also told of faulty BioNTech bottles in Britain, but the number of cases was not high enough to call for a temporary suspension of those jabs.

Hong Kong officials said more than 50 defects including cracks, air pressure issues resulting in leaks, tilted or loose vial seals, as well as stains or marks outside the glass containers were reported, but all potentially spoiled vials had been disposed of. 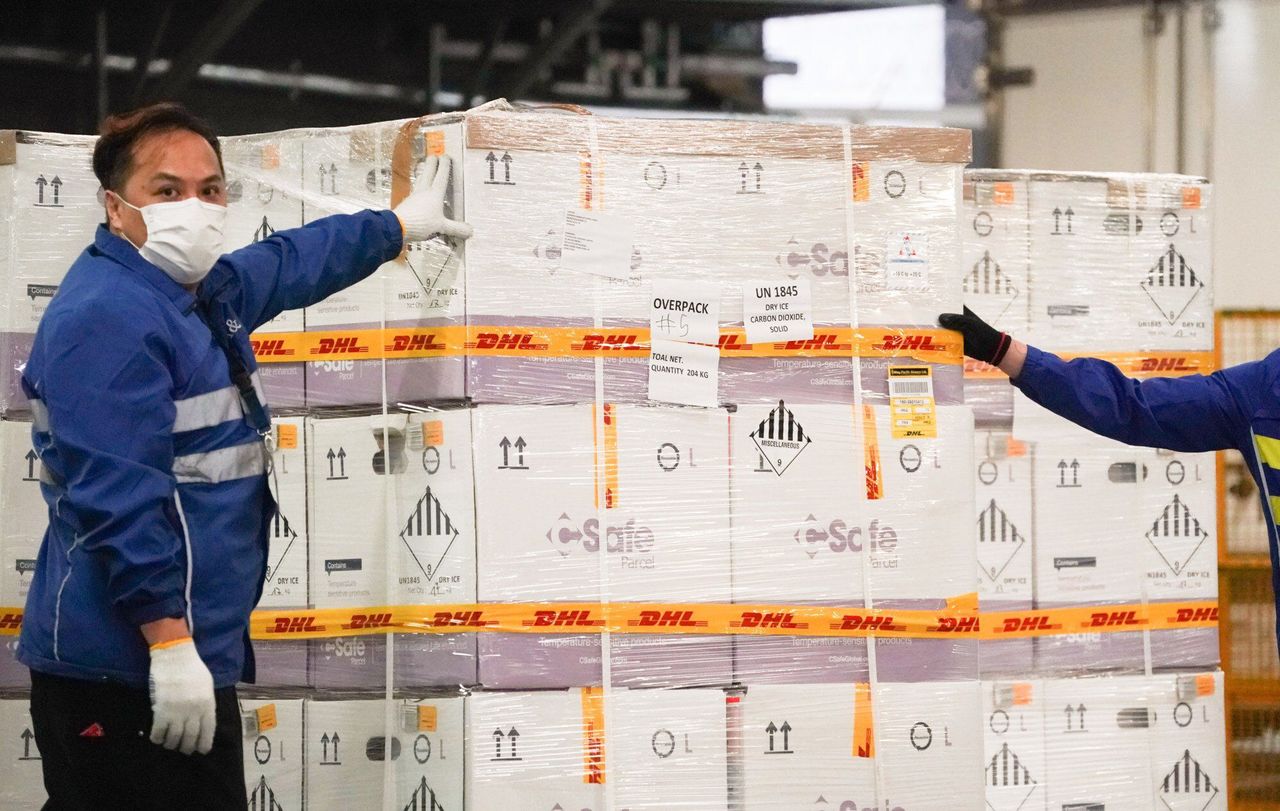 The BioNTech vaccine arrived in Hong Kong last month and was rolled out on March 6.

Chui said the spoilage ratio was low – 57 out of the 150,000 doses used in the city, giving a rate of less than 0.1 per cent. Still, he still felt it showed the pharmaceutical company had failed to act as a gatekeeper over the quality of its products.

Hui agreed the defect ratio was not high, as the BioNTech vaccine was stored in a glass bottle because it required dilution. He added that such packaging defects were less likely to happen with Sinovac and Moderna jabs as they were stored in a prefilled syringe and did not require dilution.

Authorities in Hong Kong and Macau stressed that there was no evidence to suggest the doses in question posed any health risk, adding that the faulty bottles were not administered to jab recipients.

Asked whether Macau had reported similar packaging defects, a bureau spokesman said they did not have additional information to provide.

Two vaccines have been approved for emergency use in Hong Kong so far – CoronaVac produced by Beijing-based Sinovac Biotech and the jab known by the brand name Comirnaty jointly developed by Germany’s BioNTech and US-based Pfizer.

Hui revealed Fosun had already suggested to the Hong Kong government an alternative supplier from Germany to manufacture the city’s BioNTech vaccine.

Dr Siddharth Sridhar, a clinical virologist at the University of Hong Kong, said defects in vaccine packages were uncommon.

“I would expect that a certain proportion of vials become damaged at some point during manufacture, transport or thawing no matter where the vaccine is used. If the company can come back and say there is nothing wrong with the process and [quality control] checks out, we can hopefully resume vaccinations with BioNTech,” he said.

Chui, the pharmacist, also criticised BioNTech for its follow-up action on the suspension.

“In normal practice, a responsible pharmacy should alert the local government in advance before issuing their announcement … They should also help with transferring other batches or certain amounts of vaccines to Hong Kong,” he said.

Chui suggested the company set up a production line solely for the manufacturing of vaccines supplied to the city and Macau.

Professor Ian Wong Chi-kei, head of HKU’s department of pharmacology and pharmacy, said the Department of Health’s Drug Office had a system in place to report defective pharmaceutical products, including vaccines.

That information was then relayed to the Hospital Authority and other health care providers to recall the faulty products.

“In pharmaceutical production, there are very comprehensive quality control procedures in order to ensure the high quality of medicines and vaccines. However, in some rare occasions, defective batches are detected, not just for vaccines but also for other medicines,” he said.