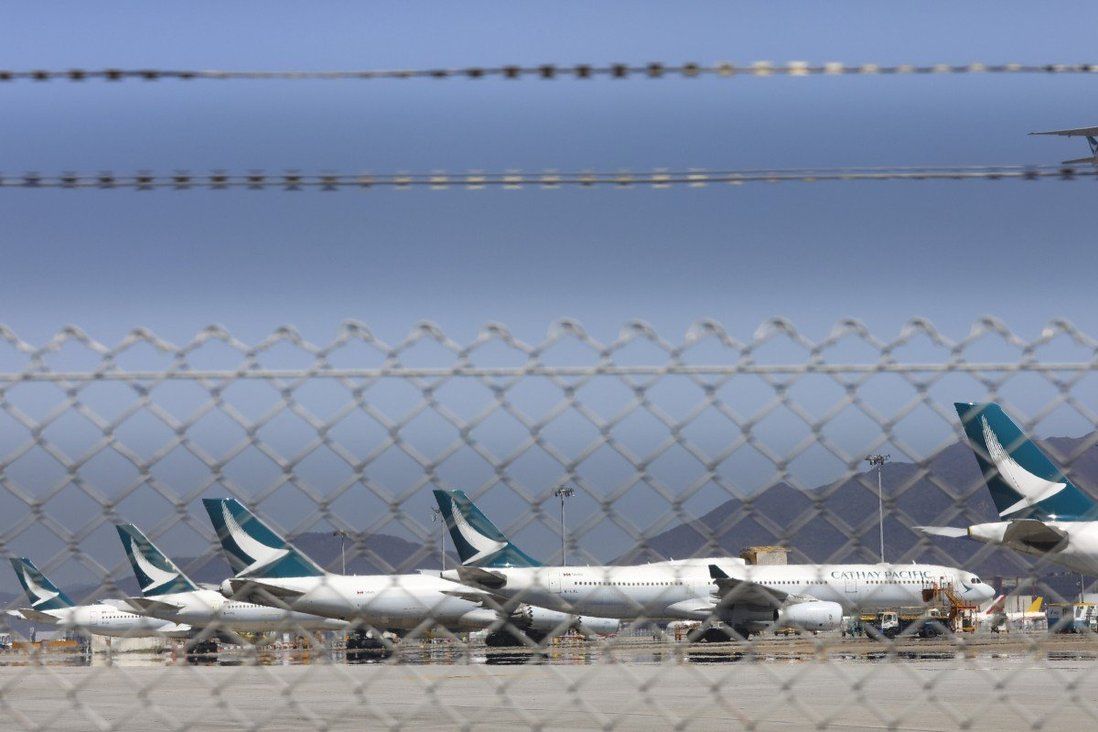 Aviation industry chief Willie Walsh says city’s travel restrictions have made it ‘extremely difficult, if not impossible’ for airlines to operate.
Hong Kong has fallen “off the map” as a top aviation hub due to its Covid-19 travel restrictions, the head of a global airline association has said, with the city lagging behind as many locations around the world continue to open up.

Willie Walsh, director general of the International Air Transport Association (IATA), called Hong Kong an outlier during a media briefing on Wednesday. He said the city’s travel curbs had made it “extremely difficult, if not impossible” for airlines to operate.

“Hong Kong as an international hub airport has slipped. It is effectively off the map now and I think it is going be difficult for Hong Kong to recover,” he said.

Despite the rest of the world opening up and resuming quarantine-free international travel, Hong Kong leader Carrie Lam Cheng Yuet-ngor had said the prevention of imported coronavirus cases remained “a fundamental pillar” in the city’s anti-epidemic policy.

Asked if the city could regain its status as a global aviation hub, Walsh said it would be a “real challenge” as a number of other travel centres had capitalised on the restrictions Hong Kong imposed over the past two years.

Independent aviation analyst Brendan Sobie agreed that the city had declined in status as an aviation hub, but said he did not believe the situation would be permanent.

“There is still time to get it back on the map and in the position it should be in, given its great geography and the strength of the Cathay brand,” he said.

Singapore was among aviation hubs that had become a key gateway for people arriving in Asia, Sobie said, with the city having joined other neighbouring countries in relaxing travel restrictions by fully reopening its borders to all vaccinated visitors on April 1.

But he added that aviation hubs in the Middle East had been well ahead of their counterparts in Asia, including Singapore.

Meanwhile, Hong Kong implemented route-specific bans on six airlines in the past week, despite easing its travel restrictions.

From April 1, Hong Kong reduced its 14-day suspension for flights found to be carrying passengers infected with Covid-19 to one week, with the ban’s threshold remaining at three cases.

An airline can also be suspended if one or more passengers on the flight test positive for Covid-19 and fail to comply with rules regarding hotel quarantine bookings and pre-departure tests.

As part of the relaxed restrictions from April 1, the hotel quarantine period for Hong Kong residents returning from overseas was halved from 14 days to seven.

But Walsh said the reduction in the hotel quarantine period was not enough to prevent Hong Kong’s isolation from the rest of the world.

According to the IATA, air travel experienced a strong rebound in February compared with January, with the Omicron variant only having a moderate impact on countries outside Asia.

The group also found that European carriers reported a 380 per cent increase in passenger traffic in February compared to the same period last year, while Asian airlines recorded a 144 per cent rise.

In North America, carriers marked a 236 per cent rise in traffic during the same period, while global demand in cargo had surged by 2.9 per cent.

Walsh added that the full impact of Russia’s invasion of Ukraine on air traffic was not yet visible and would become more clear from March.
#Coronavirus  #COVID-19  #Covid
Add Comment