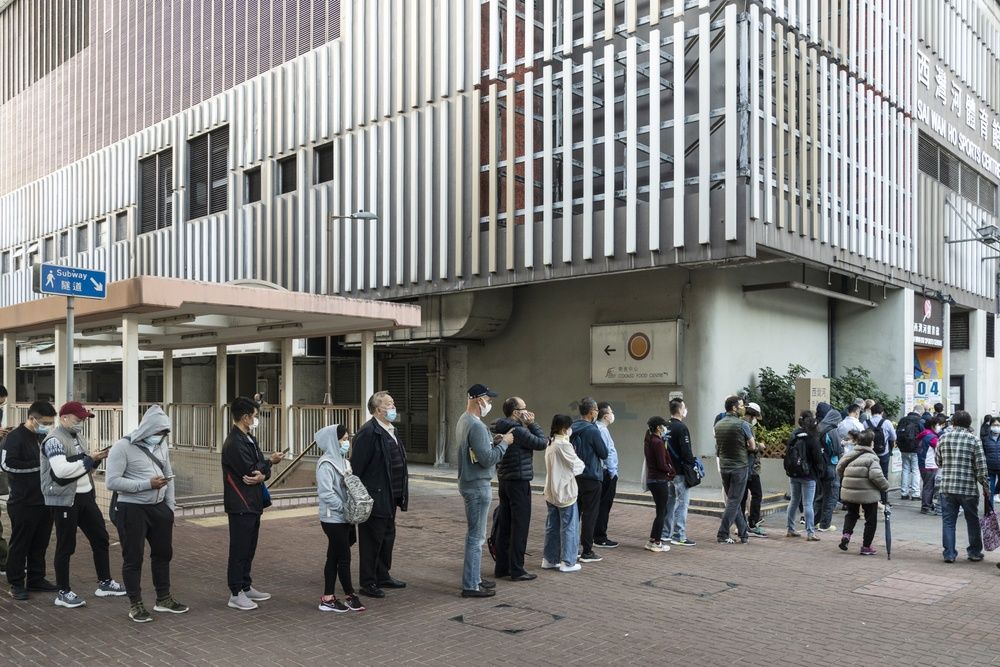 It will take Hong Kong at least six weeks to vaccinate 90 percent of the population if the current immunization pace holds, meaning mid-March may be the earliest the city can potentially start easing restrictions.
The first-dose rate among people 12 years old and above stands at 79 percent and will cross 90 percent by March 14, according to Bloomberg News calculations based on the average speed over the past three weeks. Hong Kong’s Chief Executive Carrie Lam said Thursday that’s the level at which authorities could consider easing some social distancing rules, which currently include restaurant restrictions and the closure of gyms and bars.

“I could not stand seeing a lot of old people dying in my hospitals. We will try our very best to raise the vaccination rate,” she said at a briefing. “If it reaches a target of 90 percent, then that is the moment for us to consider some adaptation to our existing policies.”

It’s not guaranteed the current pace will continue, and locations worldwide have seen vaccinations slow after an initial rush.

Hong Kong is battling simultaneous outbreaks of delta and omicron variants that have pushed its virus infrastructure to the brink. It’s also put the spotlight on the city’s vaccination rate, which remains one of the lowest in the developed world despite a pickup in the past month as infections climbed and ahead of a looming ban on unvaccinated people entering certain venues.

The city’s elderly have been a consistent concern for authorities and just 31 percent of people aged 80 or older have received a first dose.

Hong Kong reported a record number of daily cases on Thursday, with Lam announcing a raft of restrictions would continue. All in-person school classes will remain suspended until Feb. 21 and social distancing measures will be extended by two weeks until Feb. 17. The city also extended a ban on flights from eight locations and will shorten its quarantine requirement for inbound travelers to 14-days in a hotel followed by seven days of self-monitoring.

The city last week started inoculating 5-to-11-year-old children, but it has yet to reach a significant rate. That part of population isn’t included in the estimate for when the vaccination target will be reached.
Add Comment