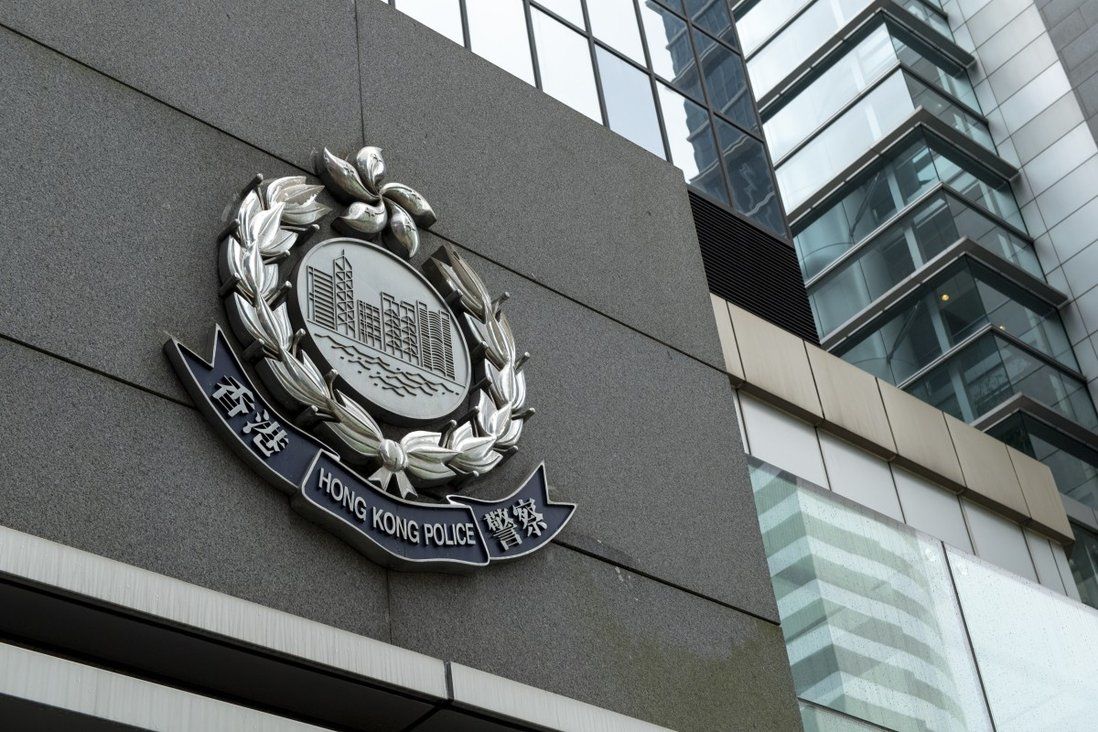 During raid in Tsim Sha Tsui, officers seize items that allegedly contain seditious messages, as well as images of Chow Tsz-lok, who died during 2019 protests, and woman who suffered serious eye injury at rally.

A mixed martial arts trainer and his assistant have been arrested by the Hong Kong police’s National Security Department for alleged seditious acts.

Officers raided a venue where training classes were held at Chong Tak Building on Austin Road near Temple Street in Tsim Sha Tsui on Sunday afternoon and detained the 59-year-old coach and the 62-year-old woman.

They seized items including posters and electronic communication devices that the department suspected had been used to commit acts with seditious intent. A police spokesman said the items contained messages that incited hatred, without elaborating.

Promotional images of the training class posted online read: “self-defence and basic offensive and defensive combat techniques can be learned. Protect oneself. Saving oneself and others. Save Hong Kong.”

The images also included a controversial logo for Hong Kong, with a font that bore a resemblance to one widely used in the anti-government protests.

Several runners taking part in the Standard Chartered Hong Kong Marathon last October were also seen wearing the logo and were told not to participate.

During the raid, 0fficers issued fixed-penalty tickets to another three men and a woman taking part in a training class for alleged breaches of Covid-19 social-distancing rules banning gatherings of more than two people.

Officers were also seen collecting a poster with an image of Chow Tsz-lok, a second year computer science student at the University of Science and Technology, who suffered a severe brain injury after he fell from a car park near an area of confrontation between protesters and police in 2019 and later died in hospital.

Another seized poster showed a woman who suffered a serious eye injury during the anti-government unrest and became an icon of the movement. She suffered the injury during intense clashes between protesters and police in Tsim Sha Tsui on August 11, 2019. It remains unclear whether she was hit by a beanbag round fired by officers or by a projectile from a protester’s catapult.