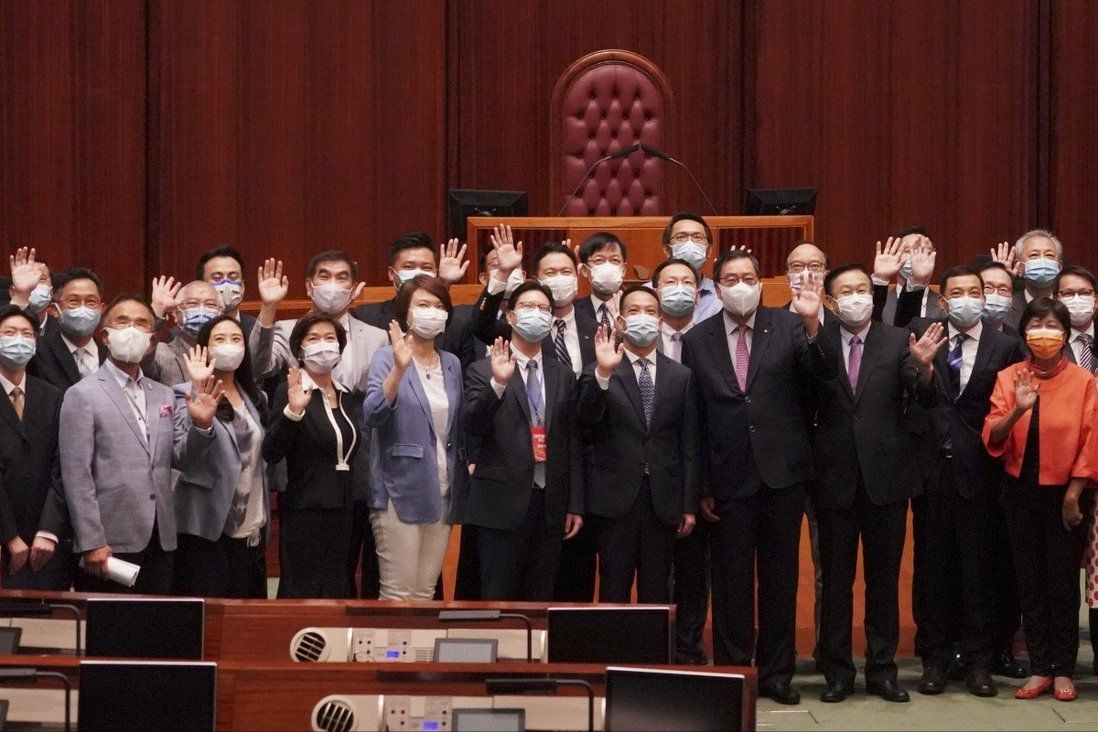 After losing so much time to political infighting, Hong Kong needs to roll up its sleeves and focus on moving forward, Huang Liuquan of the State Council’s office overseeing the city’s affairs tells lawmakers in unprecedented meeting.

Hong Kong must pick up the pace of its economic development and integration with mainland China for a brighter future as it has already wasted too much time on endless politicking and infighting, senior officials from Beijing have warned.

The stark reminder to make up for lost time came from a high-level delegation of Beijing officials and financial experts at a seminar for local authorities and an unprecedented session at the Legislative Council on Monday, laying out details of China’s 14th five-year plan and the central government’s expectations for the city to do its part in the national blueprint for development.

Leading the delegation, deputy director Huang Liuquan of the State Council’s Hong Kong and Macau Affairs Office became the first Beijing official to hold a forum at the legislature, urging lawmakers to focus on economic development after the city had wasted so much time on “endless political disputes and internal frictions”. 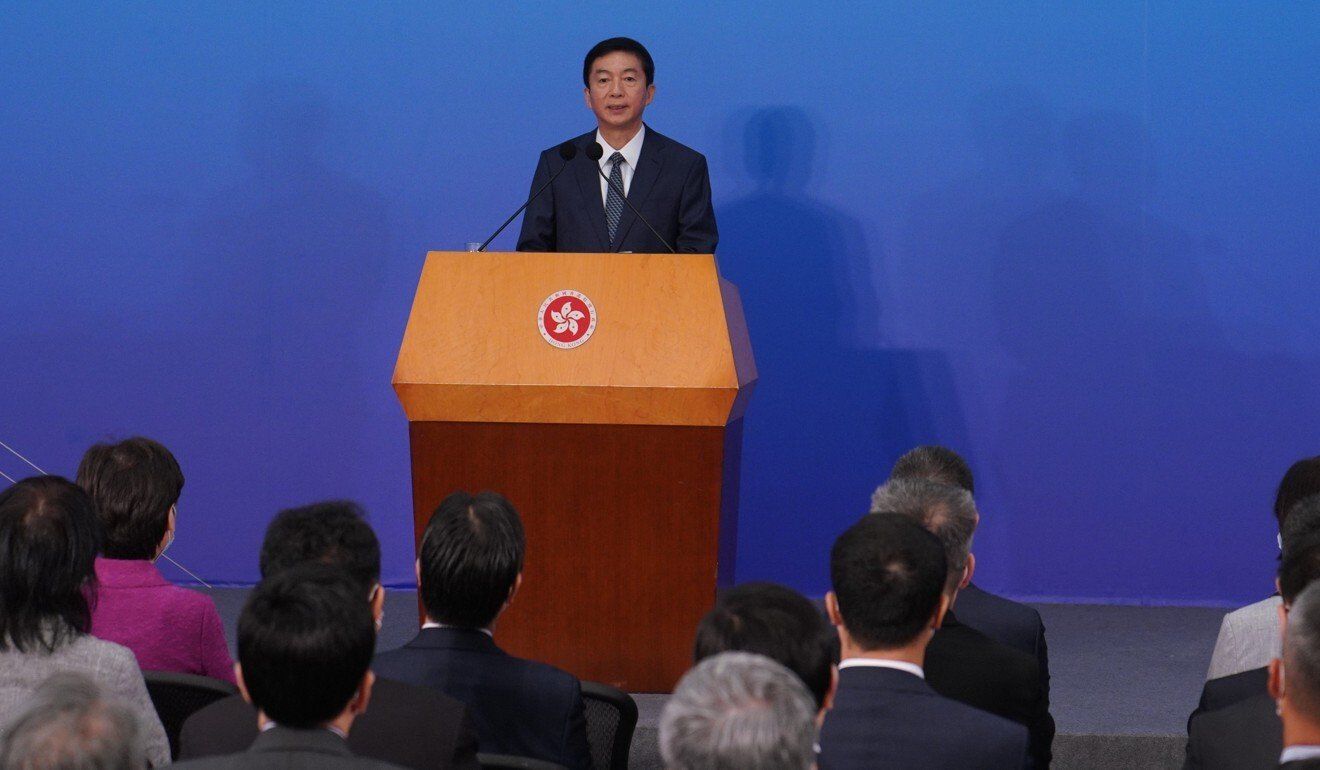 During the two-hour afternoon session at the dining hall of the Legco building at Tamar, Huang said the imposition of Hong Kong’s national security law
, alongside Beijing’s drastic overhaul of the city’s electoral system, had ensured the steadfast and successful implementation of the “one country, two systems” governing principle.

“A favourable situation does not come easily,” he told dozens of lawmakers who attended the seminar. “Hong Kong right now needs to roll up its sleeves to focus on its development.”

The delegation was also the second to be sent across the border to Hong Kong since top mainland officials in charge of the city’s affairs paid a visit in March to gauge local views over Beijing’s shake-up of the electoral system to ensure only those deemed “patriots” would hold political power.

Huang revealed that the latest visit was prompted by Chief Executive Carrie Lam Cheng Yuet-ngor’s letter to Beijing in May, in which she invited the central government to send representatives across to explain the city’s role under the national 14th five-year plan, which was rolled out in March.

The national blueprint for the new era has dedicated a chapter to outlining strategies to support the development of Hong Kong, with the focus on enhancing the city’s competitive advantages in all spheres of economic activity and helping it better integrate with the overall development of the country.

At a separate session in the morning for government officials, director Luo Huining of Beijing’s liaison office in Hong Kong had a similar reminder of the need for the city to advance swiftly on the economic front.

In the nearly three-hour seminar attended by Lam and her top officials, Luo urged Hong Kong to take advantage of the policy support on the national level offered by Beijing.

“The competition is fierce in the market economy. If you don’t advance, you will retreat, just as you will if you advance too slowly. The only way to win tomorrow is to do well today,” he said. 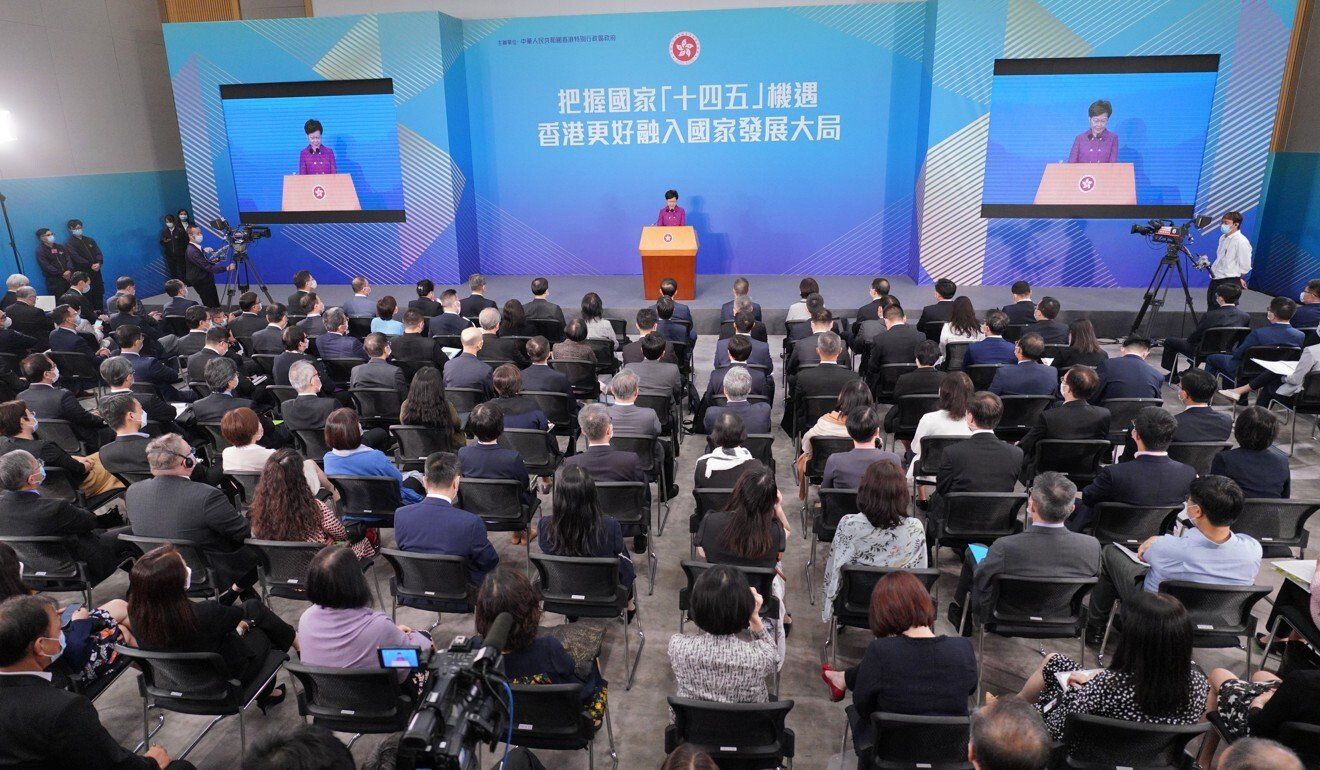 The unprecedented dedication of a full chapter to Hong Kong in the national plan reflected Beijing’s strategic consideration to take both international and domestic situations – and Hong Kong’s long-term prosperity and stability – into account, Luo said.

“Hong Kong society needs to further understand the requirements of the central authorities’ new development philosophy, reaching broad consensus and building a new development pattern in an all-round manner,” he said, adding that the biggest opportunity for the city’s development lay on the mainland side.

Hong Kong’s leader said every word of the five-year plan “carries enormous weight” and Luo’s speech had far-reaching implications, reflecting Beijing’s expectations for her administration to solve the city’s problems.

“Just as Luo said advancing slowly would also mean a retreat, this is also my expectation for all of [my officials],” she said, adding that she had full confidence in Hong Kong’s contribution to the implementation of the five-year plan with Beijing’s support.

Another key speaker at the seminar was Hu Zhaohui, deputy director of the department of development planning at the National Development and Reform Commission, the top agency in charge of formulating and managing China’s economy.

Hu said the central government would push for speeding up the development of the Lok Ma Chau Loop area – the Hong Kong side of a cooperation zone comprising two technology parks, one of which is on the Shenzhen side – into a science and technology hub.

More measures would be in place to encourage exchange of talents in the Greater Bay Area, he said, referring to Beijing’s major initiative to integrate Hong Kong, Macau and nine Guangdong cities into an economic and business powerhouse.

Zhou Chengjun, director of the People’s Bank of China’s Finance Research Institute, noted that Hong Kong had an edge as an asset and risk-management centre for renminbi with its solid and well established financial system.

Hong Kong knew the mainland market and was also familiar with the international market, he said.

Zhou also noted that Hong Kong remained a key offshore hub for international business in China’s currency, and that it currently facilitates 75 per cent of all renminbi offshore payments.

On another front, deputy director-general Huang Shengbiao of the department of research commercialisation and regional innovation under the Ministry of Science and Technology, promised to strengthen cooperation with Hong Kong to enhance the city’s appeal to capital and talent. 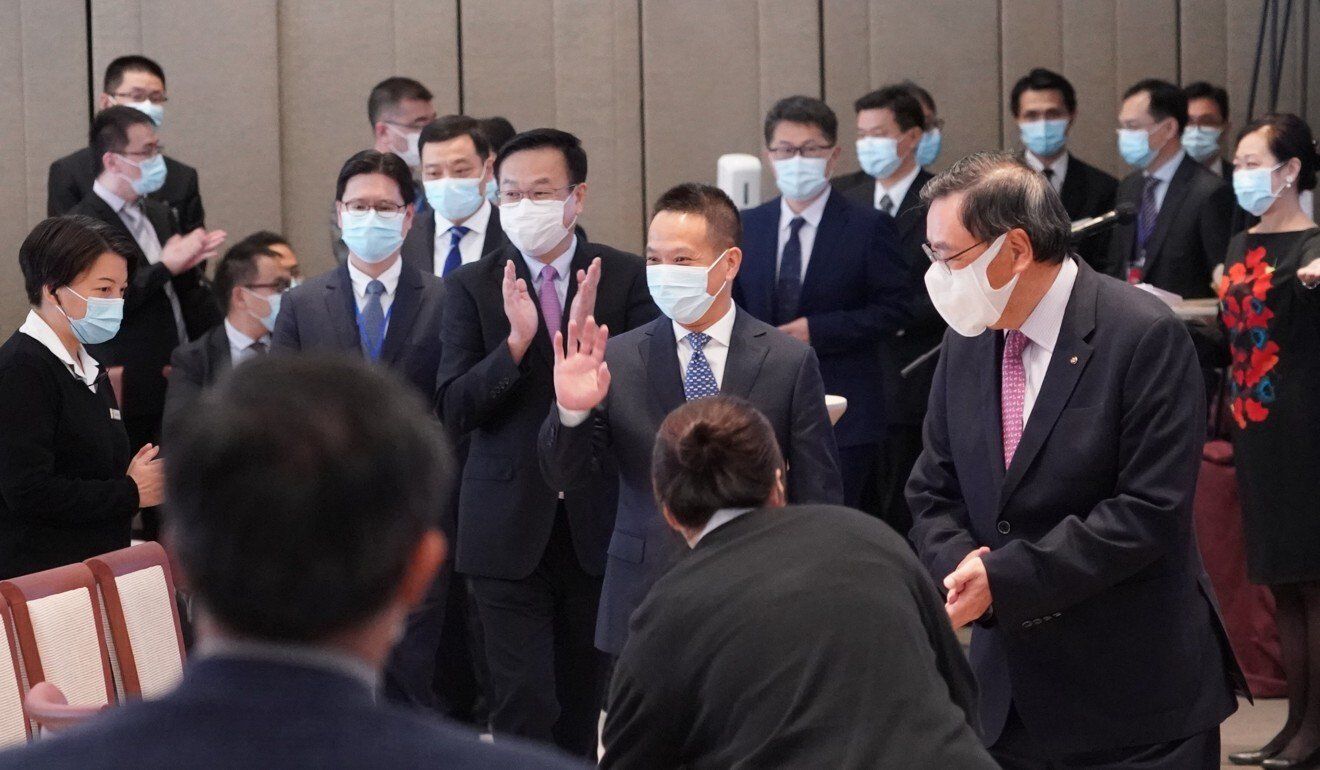 Huang Liuquan’s delegation talks to lawmakers in the LegCo Complex.

“Under this situation, the central government believes it can have constructive interaction with the city’s legislators,” he said.

But former Democratic Party chairwoman and ex-lawmaker Emily Lau Wai-hing hit out at the arrangement, questioning its justification under the one country, two systems policy.

“Legco has always been enjoying a high degree of autonomy. Beijing officials have exercised restraint and deliberately kept a distance in the past,” she said.

“But now, it appears to be a new normal for them to tell the chief executive, lawmakers and businesspeople what to do. It gives people the impression that one country, two systems is gone.”