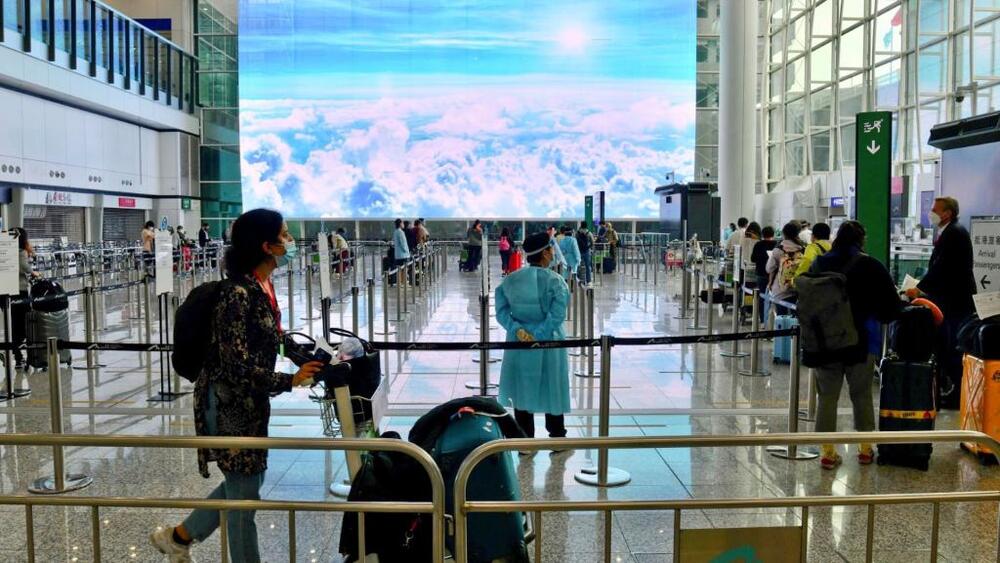 “If you cannot travel freely to other places and into the mainland, how could you be a hub?” she said.

While Hong Kong lifted a ban on non-residents last month, provided they are fully vaccinated, all international arrivals are still subject to seven-day hotel quarantine. Such measures, which look draconian compared with the rest of the world, are hastening the departure of thousands of residents and sparking questions about Hong Kong’s future as finance center.

Lam said easing border curbs would bolster Hong Kong’s international reputation, fueling speculation such moves could be on the horizon.

“Once we could bring down the hotel quarantine period or, as some have suggested, replace it with home quarantine measures, I’m sure we will be seeing a lot of people coming to Hong Kong,” she said.

Hong Kong has drifted from President Xi Jinping’s strict Covid Zero policy of eliminating the virus in recent months. The city has resisted tightening curbs even as it clocks over 600 daily infections, with Lam saying cases aren’t worrying as most are mild and the vaccination rate is rising.

That split has cast doubt over whether Xi will visit the city at the end of the month for the first time in five years to celebrate 25 years since the return to Chinese rule. The divergence of Covid policies has made it impossible to reopen the city’s China border for the foreseeable future, Lam said at a Legislative Council meeting Thursday.

Lam will leave office on June 30, after a term that has seen unprecedented anti-government street protests, Beijing impose a national security law that was decried by the US and UK for crushing democratic freedoms, and scores of journalists, opposition politicians and activists locked up for speech crimes.

Lam denied in the CNBC interview that the city had become less free under her watch. She said she planned to advise her successor, John Lee, to invite international journalists, politicians and think-tank officials to Hong Kong, once quarantine rules have been relaxed, in a bid to revive its reputation.

“People think there’s no freedom but it’s not the situation,” she said. “Hong Kong is as free as ever.”
#Covid
Add Comment