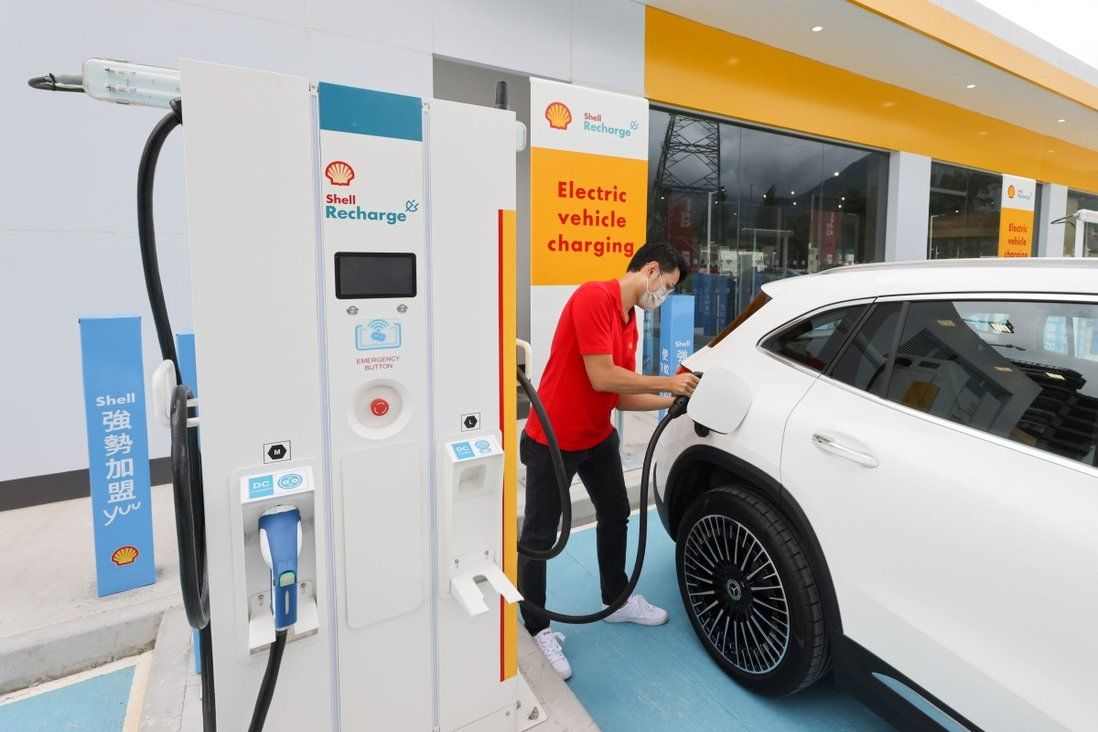 While the government has dangled some carrots to encourage the private sector drive towards electrification, auto sector executives foresee bottlenecks stalling progress.

“How to cope with the slowly growing infrastructure with the fast growing sales [of electric cars] is one of the issues that we need the government to keep on top of discussing with the industry,” said Joe Lam, deputy general manager of retail services at Inchcape Hong Kong.

There are currently over 30,000 EVs in Hong Kong, roughly 3 per cent of all registered vehicles, according to the latest figures from the Hong Kong E-Vehicles Business General Association in May. By 2025, EVs are expected to account for half of all cars on the road, according to officials at the Environment Protection Department.

The government has a crucial role to play in supporting the adoption of battery-powered cars in Hong Kong, said Lam, who was speaking as part of a panel discussion at the Post’s Climate Change Hong Kong Summit on Friday.

“The EV adoption rate in the whole world is very highly driven by the government, or depends on the policy of individual governments. [It is especially important] for Hong Kong, because right now, our sales or percentage of EVs in the market is growing very fast,” he said.

The transport sector contributed around 17 per cent of Hong Kong’s carbon dioxide emissions in 2020, the second-largest contributor to after power generation, according to government statistics.

To reach the city’s goal of becoming carbon-neutral by 2050, the government has set aside funding to promote the electrification of vehicles and work with utility firms to phase out coal power generation by 2035.

However, Hong Kong lags behind its neighbour, Shenzhen in mainland China, when it comes to EV adoption. In 2017, Shenzhen became the world’s first city to fully electrify its bus fleets, which comprised around 16,000 vehicles at the time. All of its taxis were electrified in 2019.

“Unfortunately, Hong Kong is quite unique when it comes to EV adaptation in the public transportation sector … because they are all privately owned,” said Venessa Wong, regional director at Scania China & Hong Kong at the same panel session on Friday. “Without great incentive it is a very expensive shift of technology to private corporations.”

The challenges hindering Hong Kong’s EV transition include a lack of customer choices, no universal standard for charging facilities, and a lack of charging infrastructure, which is the top bottleneck for customers, according to Nelson Chow, partner of supply chain and operations at EY.

Standardising the city’s charging infrastructure would enable Hong Kong citizens to charge up their electric cars easily when travelling to the rest of the Greater Bay Area in mainland China, according to Hunter Cao, general manager of the Hong Kong digital power business department at the Hong Kong Representative Office of Huawei.

The government should do more to subsidise the operators of the charging facilities, the panellists said.

“Hong Kong is a very special market – the cost of land usage is very expensive compared to most markets in the world,” said Lam. The cost of installing the infrastructure inside buildings is a hidden cost which needs to be addressed.

The government should also involve EV makers in the early stages of urban planning and EV ecosystem set-up to create the most effective transport solutions for Hong Kong, said Wong. The humidity and heat are not charger-friendly or battery-friendly. Involving the EV makers early on can help test out the products and gauge how the vehicles interact with the infrastructure.

“That’s the only way to really help achieve the goal together with the government by 2050 … to involve all the stakeholders early on,” said Wong.
Add Comment