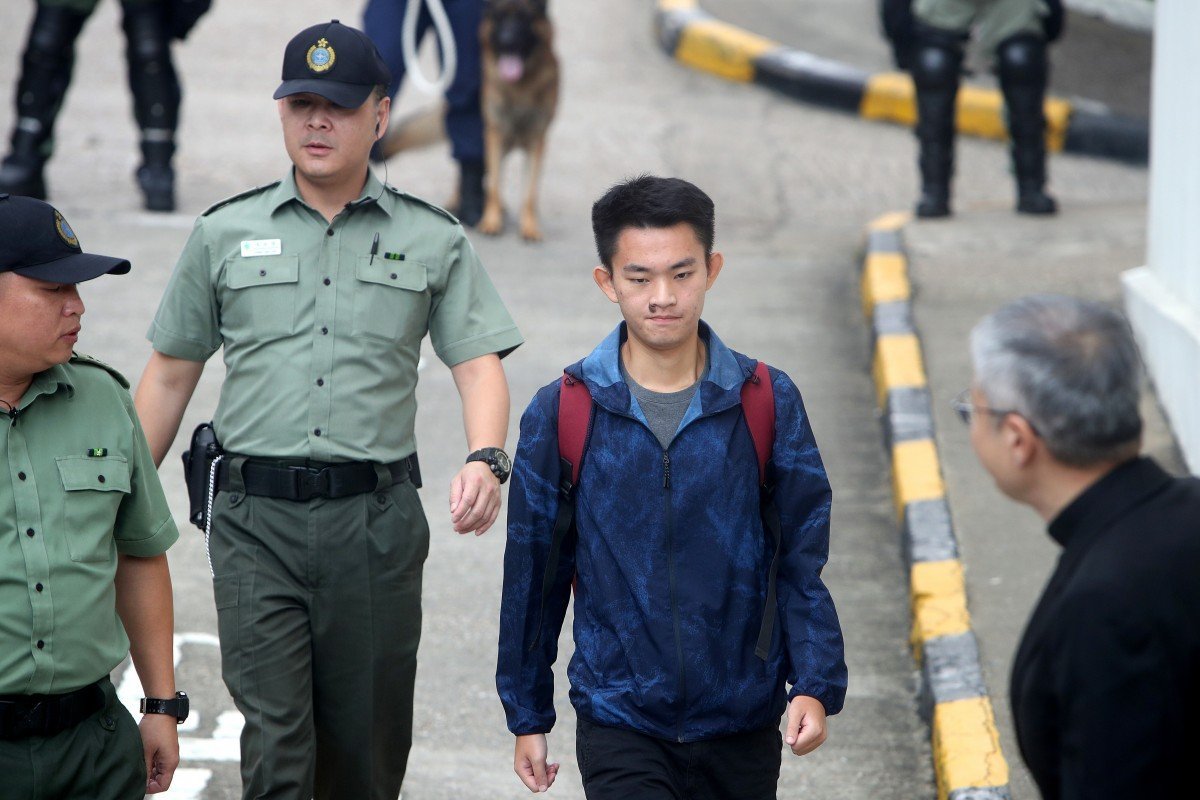 Taiwan premier says Chan will not be allowed to visit the island to give himself up without negotiations through official channels.

Taiwan has thrown the voluntary surrender of Hong Kong murder suspect Chan Tong-kai into uncertainty by declaring that it would be impossible for him to “come and go freely” without negotiations through formal channels.

Taiwan Premier Su Tseng-chang on Monday suggested that Chan, wanted for the murder of his pregnant girlfriend in Taipei in a case that sparked Hong Kong’s extradition bill crisis last year, would have to be handed over officially, as the two governments redrew old battle lines in the long-running spat over the fugitive.

The politically loaded case continues to weigh heavily on the Hong Kong administration long after officials held it up as a key justification for the now-withdrawn bill, which last June sparked months of anti-government protests in the city.

Last year’s tensions resurfaced when Chan recently revealed he was instructing his lawyers to arrange for his return to Taiwan so he could hand himself in by the end of October.

But Su told reporters on Monday that he would not let Chan visit Taiwan on an “independent tour”. “We will never allow a murder suspect to come and go freely. There is no need for the Hong Kong government to remain evasive [over the case], and our government will handle it according to law,” Su said.

In a statement later on Monday, Hong Kong’s Security Bureau offered to discuss Chan’s transfer via a “police cooperation mechanism” after Taipei had sorted out the arrangements with the suspect about his return to Taiwan.

However, a bureau spokesman said that Chan was a free man in Hong Kong and the government had no legal power to intervene in how he would go about surrendering himself to the self-ruled island.

“If Chan has got a clear message from Taiwan saying that he is allowed to go, including the visa arrangement and expected date he could go, both the Hong Kong and Taiwan sides could study the arrangements for his trip through the police cooperation mechanism,” the spokesman said.

The bureau statement did not elaborate how exactly the mechanism would work, but said: “The Hong Kong government has been adopting a pragmatic attitude to deal with the matter in the hope that Chan would go to surrender himself in Taiwan as soon as possible.

“We also hope the Taiwan side would adopt the same pragmatic attitude to resolve the matter as soon as possible.”

Chan came back to Hong Kong without his 20-year-old girlfriend, Poon Hiu-wing, in February 2018. Poon’s body was later discovered in Taipei by police. Chan was jailed for money-laundering offences in Hong Kong relating to her death.

But Hong Kong is unable to prosecute him for a murder committed in Taiwan and he cannot be returned to face charges there because of the lack of an extradition deal between the two jurisdictions, a state of affairs that the hated bill sought to remedy. 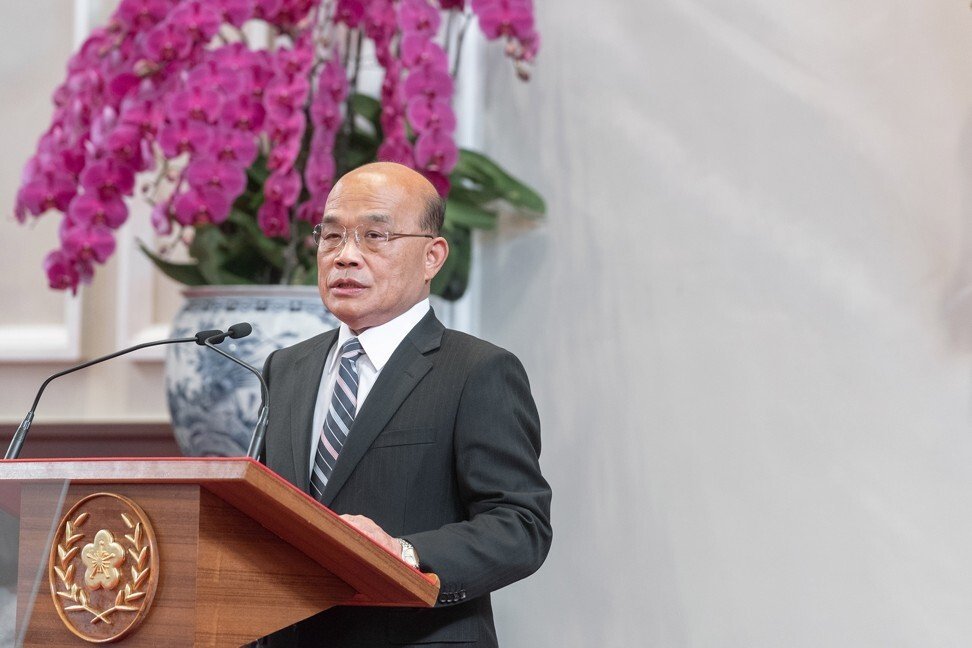 Su’s suggestion that Taiwanese law enforcers escort Chan back to the island marks the re-emergence of one of the biggest stumbling blocks between the jurisdictions. Last October, Taiwanese authorities floated the idea of sending police to Hong Kong to bring Chan back.

But the Hong Kong government rejected it as “cross-jurisdiction law enforcement” and “a disrespect for Hong Kong’s jurisdictional power”.

Calling for talks, Su said on Monday: “Since the suspect is in Hong Kong, if the government there needs information, we can provide them with the information that we have.

“If the suspect wants to face trial here, the governments of the two sides should sit down and talk.”

Taiwan’s Mainland Affairs Council over the weekend reiterated it had established a special “single-window” mechanism to liaise with Hong Kong police and facilitate the handover.

But Hong Kong’s Security Bureau earlier issued a stern response, insisting no such channel of communication existed, and calling on Taiwan to drop its political rhetoric and stop blaming others for its own inaction in the case.

Opposition lawmakers in the city said the Taiwan authorities were upset at police refusing to hand over any evidence relevant to the case, but pro-establishment politicians accused Taipei of playing politics when they knew there was no agreement compelling their Hong Kong counterparts to help.

Taiwan’s interior minister Hsu Kuo-yung said on Monday that it had not received any messages or inquiries from Hong Kong through the communication channel, while ﻿commissioner of Taiwan’s criminal police bureau Huang Ming-chao said no contact had been made by either side.

It also emerged on Monday that Chan’s legal representative in Taiwan had started working towards his return.

It remained unclear if the legal team led by Jack Twu, a partner at Lee and Li Attorneys-at-Law, had met any authorities in Taipei on Monday, but he had told Reverend Peter Koon Ho-ming, the priest who has been supporting Chan, that the case would take at least a few days to handle.

In response to the Post’s inquiry, Twu said: “We regret to inform you that at this moment, neither our firm nor I will comment [regarding Chan’s] case.”

Reverend Koon said the Lee and Li law firm in Taiwan had been instructed to represent Chan to handle his case.

Opposition lawmaker James To Kun-sun, a veteran lawyer from the Democratic Party, said Su’s remarks showed that Taiwanese authorities were keen to obtain Chan’s testimony and other evidence held by Hong Kong police.

“Taiwanese authorities gave their Hong Kong counterparts some key evidence for Chan’s money-laundering case, now they are just asking Hong Kong police to do the same,” To said.

But pro-establishment lawmaker Priscilla Leung Mei-fun, an associate law professor at City University, said without a formal extradition agreement, the Hong Kong and Taiwan governments had no say in Chan’s case.

“Taiwan offered evidence on a voluntary basis two years ago, and you can’t expect Hong Kong police to do the same,” she said.

“They clearly understand that there’s no legal basis, and the governments have no role to play … They [Taiwan officials] just want to show that ‘one country, two systems’ doesn’t work in Hong Kong.”

But Chinese University political scientist Ma Ngok said Chan’s case was unlikely to affect the city government’s popularity, as it was not an issue that Hong Kong people were particularly concerned about.