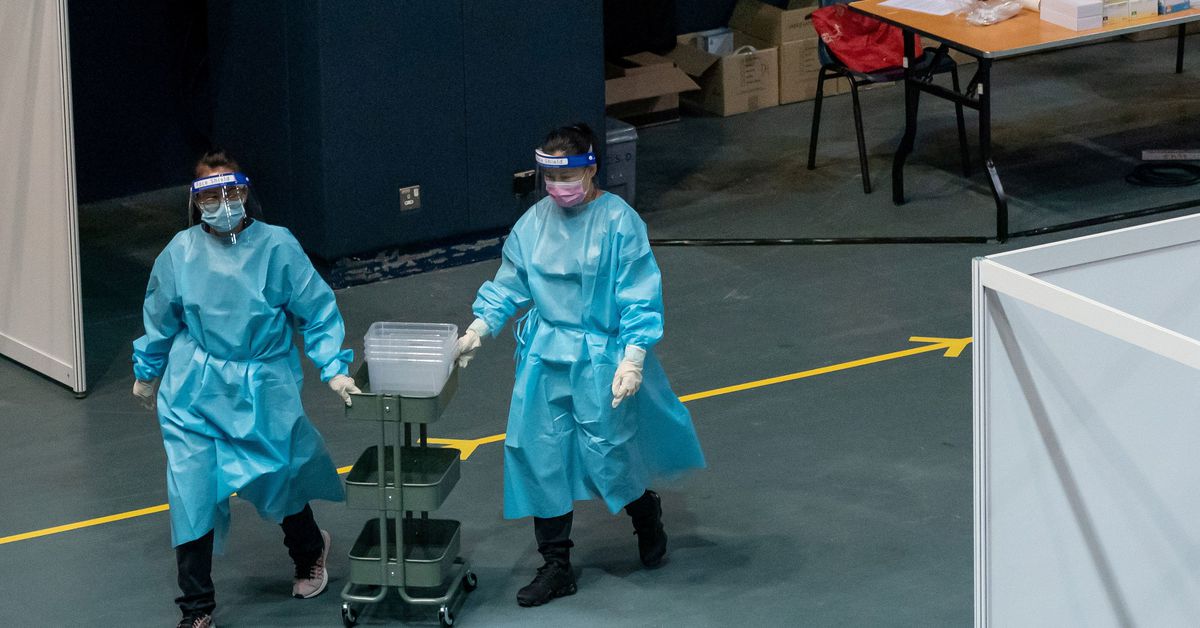 Hong Kong’s plans to let non-locally trained doctors practise in the city to tackle a shortfall of medical staff in the public sector moved forward on Tuesday, with the bill to be read in the legislature on June 2.

Health Secretary Sophia Chan said Hong Kong faces a serious shortage of doctors compared with international standards, and the crunch was expected to "severely deteriorate" in the medium term.

"The per capita doctor ratio is two doctors per 1,000 people, compared with other economies...we are lagging far behind," Chan told a news conference.

The proposal to allow overseas-trained doctors to work in Hong Kong has raised concerns among local medical professionals who are doubtful it would lead to better health care.

Dr Victor Yeung, the treasurer of Hong Kong's Medical Association, said the government was ignoring concerns by bulldozing through the law which would allow non-locally trained doctors to skip a decades-old compulsory exam.

"The government announced it (the legislation) already and then they decided to speak to us," Yeung told Reuters.

Some see the legislation as a first step in replacing local doctors with those from mainland China, where there are concerns over health and safety standards, more than a dozen medical workers told Reuters.

Hong Kong leader Carrie Lam has urged medical workers to support the bill and sharply criticised medics in recent months for "politicising" government policies, including its response to COVID-19 and the use of the Chinese-made vaccine Sinovac.

Strains between the 80,000-strong public medical sector and Hong Kong and Beijing officials emerged during anti-government protests in 2019 when many workers supported pro-democracy causes, most visibly by treating demonstrators injured in clashes with police and staging demonstrations inside hospitals.

Since then, the government has made policy decisions with little or no consultation with the territory's doctors on a range of issues, medical workers said. They included coronavirus-testing and bringing in Chinese doctors to conduct lab tests for Hong Kong residents.

Typically, the 101-year-old Medical Association and other medical bodies are consulted before a bill is proposed.

"Nothing like this has happened before. Previously everything medical related, they (government) have sought the Medical Council as the main force, so why now do they need to set up a new committee?" Yeung said.

The bill allows for the government to appoint representatives for a new committee that will choose the foreign medical schools that candidates can apply from. Only Hong Kong ​permanent residents trained overseas can apply.

Medical workers said the bill was unlikely to resolve the chronic staff shortage as the doctors need not work in public hospitals but can join the government or medical universities.

There are around 15,000 registered doctors in Hong Kong. Around 40% of doctors work in the public sector, which handles inpatient services for 90% of the city's population.

The ratio of two doctors to 1,000 people compares to the average of 3.4 doctors per 1,000 people among countries in the Organisation for Economic Co-operation and Development (OECD).

Tommy Cheung, a pro-China legislator, who was the initial proponent of the bill before the government took it up, has lobbied for mainland and foreign medical professionals to work in Hong Kong.

"Hong Kong badly needs more doctors now, especially specialists, the medical lobby should remove its selfish agenda in preventing the recruitment of doctors from overseas so that everyone can have efficient healthcare."

The deepening divisions come as dozens of healthcare workers have been arrested over the past year, including nurse Winnie Yu, the former head of the Hospital Authority's labour union under the national security law, introduced by Beijing last June.

Medical workers say there is increasing pressure to show loyalty to Beijing and Hong Kong authorities. The Hospital Authority, an independent body funded by the government, has encouraged staff not to air their political views, according to emails seen by Reuters.

Hospital Authority Chairman Henry Fan said in March that senior managers should take an oath of allegiance to Hong Kong.

Medical staff, however, have not been asked to swear allegiance. The Hospital Authority told Reuters that Fan was expressing his personal opinion, not the authority’s official position, and declined further comment.