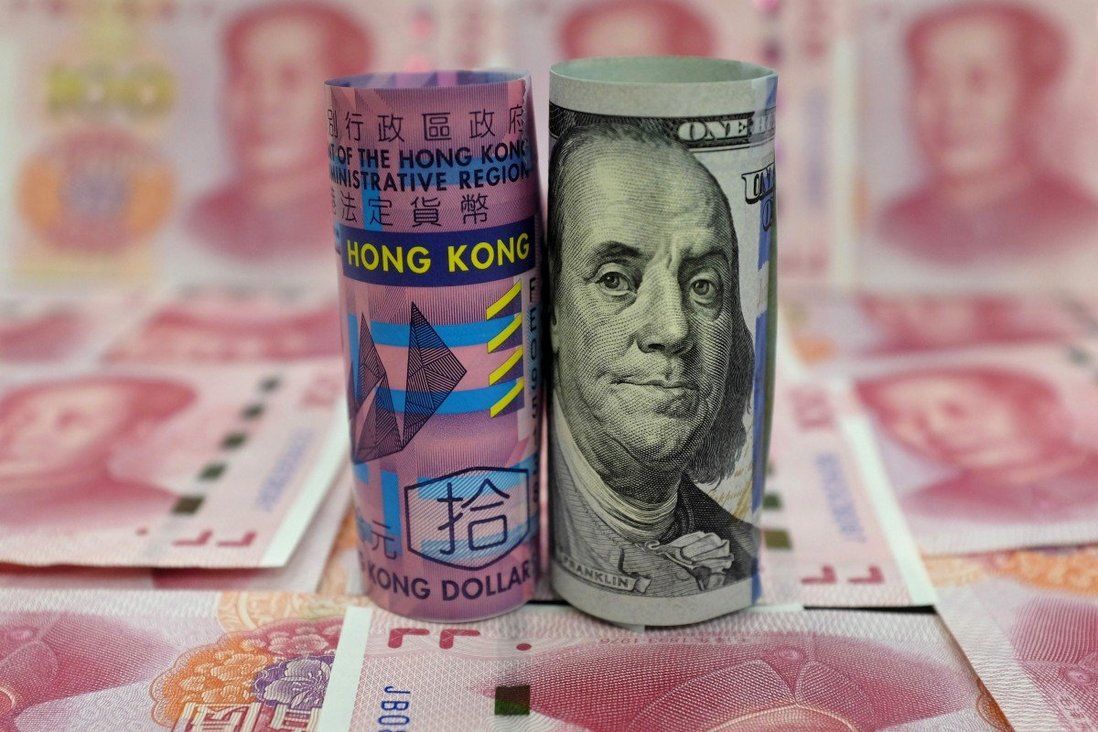 Eddie Yue says the outflow was caused by mainland companies transferring money raised in Hong Kong back across the border following IPOs.

The head of Hong Kong’s de facto central bank has dismissed suggestions that the recent weakening of the Hong Kong dollar was caused by Beijing’s overhaul of the city’s electoral system, as he expressed confidence the political shake-up would not affect the city’s financial standing.

Hong Kong Monetary Authority chief executive Eddie Yue Wai-man on Sunday said the capital outflow had been prompted instead by previous “relatively large IPOs”, which had seen mainland companies transferring the money they raised in Hong Kong dollars back across the border.

“Actually it is not related,” Yue said, when asked whether Beijing’s plan to revamp the city’s electoral system had led to the recent weakening of the Hong Kong dollar. “When there are more IPOs coming back, the capital will be back again.”

The recent exchange rate of around HK$7.77 to US$1 was on the stronger side of the HK$7.75 to HK$7.85 trading band for the city’s currency, he added, noting that the HKMA would not be worried even if the rate further weakened to above HK$7.80. 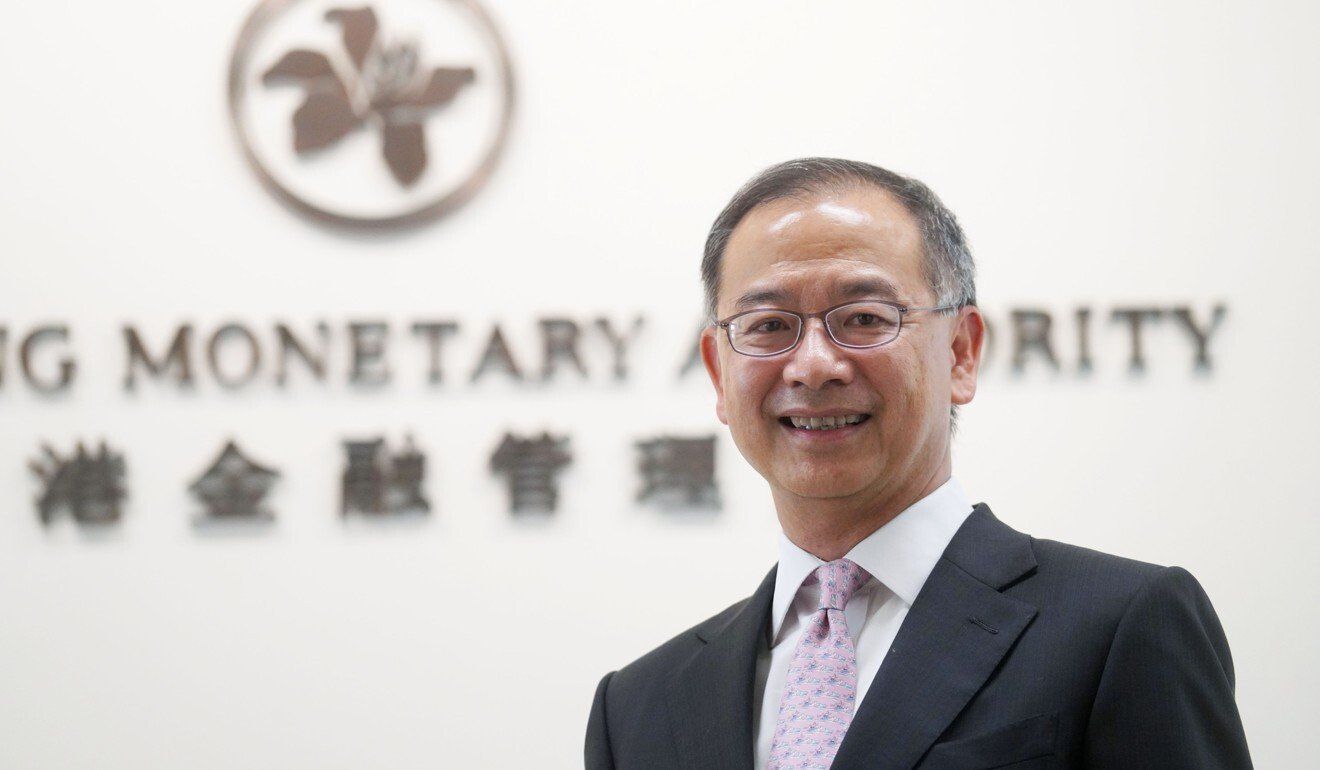 The exchange rate hit HK$7.77 per US dollar on March 8, according to Bloomberg data, a level not seen since March 13 last year.

The Hong Kong dollar has been pegged to the US currency since 1983, and the HKMA is obliged to intervene when the currency moves outside its trading band.

The National People’s Congress (NPC) overwhelmingly passed a resolution earlier this month paving the way for drastic changes to Hong Kong’s electoral system. Its decision has been criticised abroad.

But Yue on Sunday sought to reassure members of the public that Hong Kong’s status as a financial centre would not be damaged by the recent political shake-ups, including Beijing’s imposition of the national security law last June.

“I have confidence in Hong Kong remaining a global financial centre in the future,” he said, adding that the city enjoyed more opportunities arising from increased connections with the mainland, the development of the Greater Bay Area, as well as advancements in fintech and green finance.

His comments came as the city’s leader and other key officials continued to rally support for the coming electoral changes.

Addressing more than 30 global business leaders on Saturday night at the Hong Kong session of the China Development Forum 2021, Chief Executive Carrie Lam Cheng Yuet-ngor said the reform push and the national security law – both spearheaded by the NPC – had given her confidence in the city and its future development.

“These two important decisions by the highest organ of state power have put Hong Kong back on its right track, that is, fully and faithfully upholding ‘one country, two systems’, safeguarding national security and ensuring Hong Kong’s stability and prosperity,” she said.

Lam added that China’s 14th five-year plan – recently approved by the national legislature – also made her more optimistic as it reaffirmed Beijing’s support for Hong Kong as an international financial centre and a global offshore business hub. 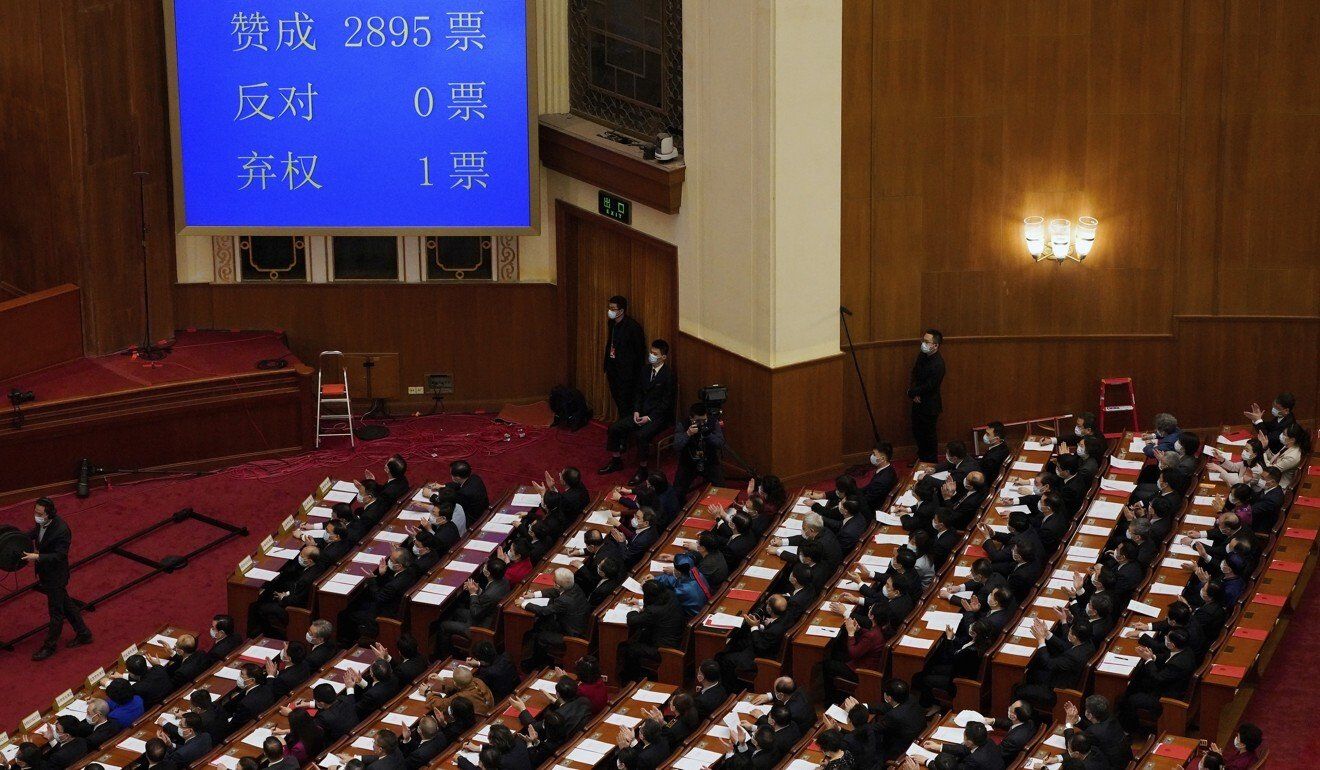 Writing on his weekly blog on Sunday, Chief Secretary Matthew Cheung Kin-chung also dismissed criticisms that the overhaul represented a regression of the city’s constitutional development, arguing it would in fact make the city more democratic.

At the core of the proposals endorsed by the NPC are plans to expand and give more power to the Election Committee, which selects the city’s leader and is dominated by the pro-establishment camp.

Its membership will be increased to 1,500 by adding 300 Beijing loyalists, and it will also enjoy new powers to nominate lawmakers and send some of its own members to sit in the Legislative Council, which will be expanded to 90 seats from the current 70. A vetting committee will also be set up to screen out candidates for office deemed insufficiently patriotic.

Cheung said the plans showed Beijing’s determination and sincerity in expanding the scope of electoral democracy in Hong Kong, and that the new model would also ensure the city’s political structure was more broadly representative.

Meanwhile, Tam Yiu-chung, the city’s sole delegates to the NPC Standing Committee, said more than 2.38 million people had signed the petition in support of the reforms.

More than 14 million sets of pamphlets had also been distributed through the 11-day drive initiated by the pro-establishment bloc to garner public support for the decision, while over 5,360 volunteers were deployed, he said.