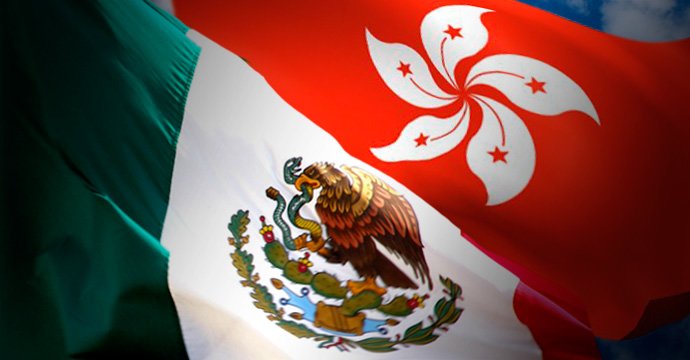 Hong Kong and Mexico have signed an Investment Promotion and Protection Agreement (IPPA) to strengthen mutual economic ties, the Hong Kong Special Administrative Region (HKSAR) government announced on Friday.
The agreement, signed in Davos, Switzerland, on Thursday local time by representatives of the two sides on the sidelines of the World Economic Forum Annual Meeting, is set to enhance the confidence of investors, expand investment flows and further strengthen the economic and trade ties between the two places, the HKSAR government's Trade and Industry Department said in a press release.

The HKSAR government's representative, Secretary for Commerce and Economic Development Edward Yau, said the agreement enables investors of the two parties to enjoy corresponding protection of their investments in the host economies, and thus enhance investors' confidence in making investments abroad.

"Hong Kong has been making dedicated efforts to expand its network of IPPAs in order to enhance two-way investment flows and boost our economy," Yau said.

Under the agreement, the two governments undertake to provide investors of the other side with fair, equitable and non-discriminatory treatment of their investments, compensation in the event of expropriation of investments, and the right to free transfers abroad of investments and returns.

The agreement also provides for settlement of investment disputes under internationally accepted rules and will enter into force after the fulfillment of relevant internal requirements by both sides.

The IPPA with Mexico is the fourth such agreement that this term of the HKSAR government has signed since taking office in July 2017. The other three are the investment agreements with the Association of Southeast Asian Nations, Australia and the United Arab Emirates.

It is also the 22nd investment agreement that Hong Kong has signed with a foreign economy. The other foreign economies with which Hong Kong has signed an IPPA are Austria, the Belgo-Luxembourg Economic Union, Canada, Chile, Denmark, Finland, France, Germany, Italy, Japan, South Korea, Kuwait, the Netherlands, New Zealand, Sweden, Switzerland, Thailand and Britain.
Add Comment