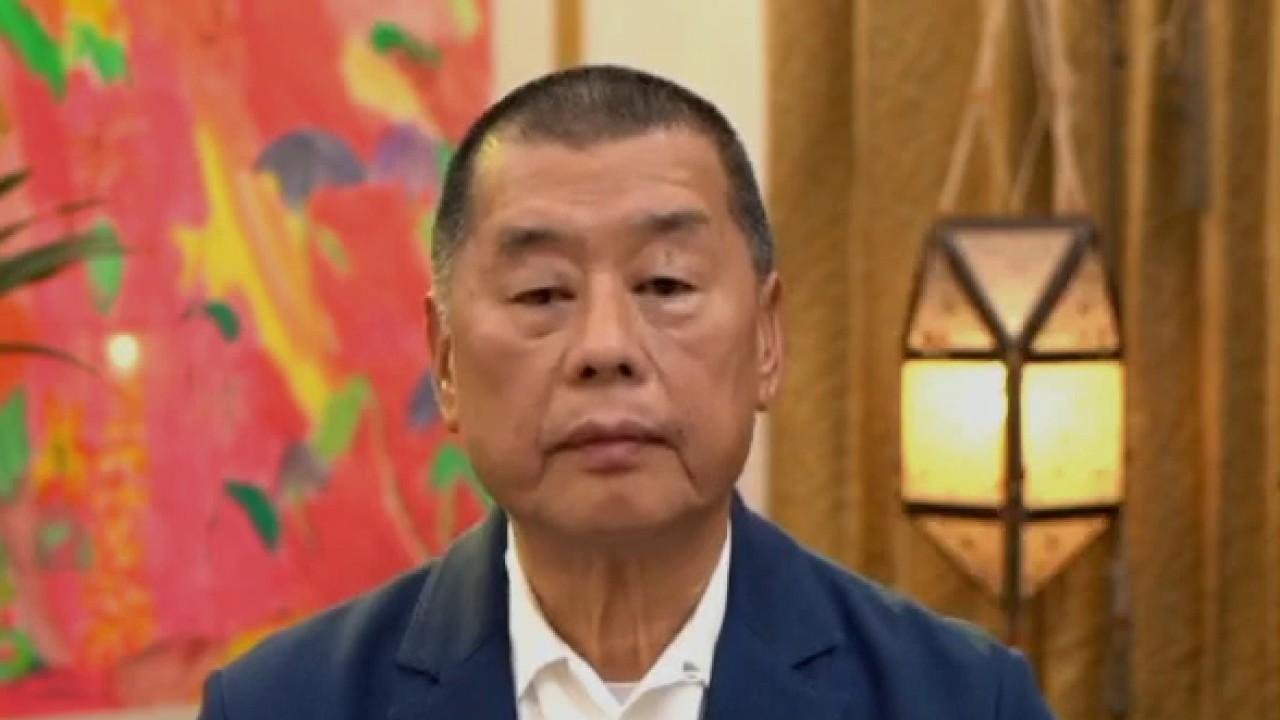 Lai stresses the need for 'rule of law' not 'rule of men' in China to ensure financial success
Hong Kong media mogul Jimmy Lai refused to admit wrongdoing in the fight for freedom during an exclusive interview on “Mornings with Maria” on Tuesday.

Lai, the founder of Hong Kong media company Next Digital, which publishes Apple Daily and regularly criticizes China's leaders, stressed that he will “never admit” that he is guilty.

In August, police in China arrested Lai for "colluding with foreign powers," activist Samuel Chu tweeted at the time.

Speaking from Hong Kong, he told host Maria Bartiromo on Tuesday that he has not been charged yet and will push for his bail to be extended for the second time on Wednesday. He added that he expects he “would have to go to jail, but I don’t know when and how long.”

Shortly after his arrest in August, Lai told Fox Business that the move was an intimidation method for China to enforce its new security law in the city.

On Tuesday, he said that “the intimidation effect” of the National Security Law — which went into effect in June to give the Chinese government more control over the nation-state's residents and stifle protesters — is “enormous,” noting that since the law took effect the streets have been “very quiet.”

He went on to say that “all the pro-democratic legislators resigned,” and therefore, “we will not have a voice or any fight in the legislative council or any demonstration in the street.”

“So I’m afraid Hong Kong, if we have no news, the world will forget us and this is very dangerous for us because the world’s voice and support is our saving grace,” Lai continued.

Anyone in Hong Kong found guilty of secession, subversion or terrorism will now be sentenced to life in prison under the controversial new security law passed by China. The new law raises concerns in Hong Kong and abroad that it will be used to curb opposition voices in the Asian financial hub.

Lai spoke with Bartiromo on Tuesday, the day before she noted that Hong Kong courts are expected to sentence three pro-democracy activists who were part of a months-long protest against the Chinese Communist Party’s pushback and involvement in Hong Kong affairs.

Lai, a prominent advocate for the protestors, also discussed the new administration in America and how that could affect his fight in China.

“A lot of people say that the Democrats, [President-elect Joe] Biden, that they’re more concerned about human rights,” Lai said. “I hope that Biden Administration will attach human right as pressuring the rule of law and the freedom … as the precondition of any negotiation they have with China.”

Bartiromo asked Lai what the impact of the new security law has been for the people in Hong Kong.

He then brought up a recent example, pointing to online finance titan Ant Group’s blockbuster initial public offering, which has been put on hold.

The spokesman did not provide details, but finance experts said the ruling Communist Party is worried the company might be unable to manage financial risks leaders want to contain as China tries to revive economic growth following the coronavirus pandemic and the associated economic damage, the Associated Press reported.

Lai said on Tuesday that the IPO was “withdrawn just because somebody high up says, ‘Let’s stop that.’”