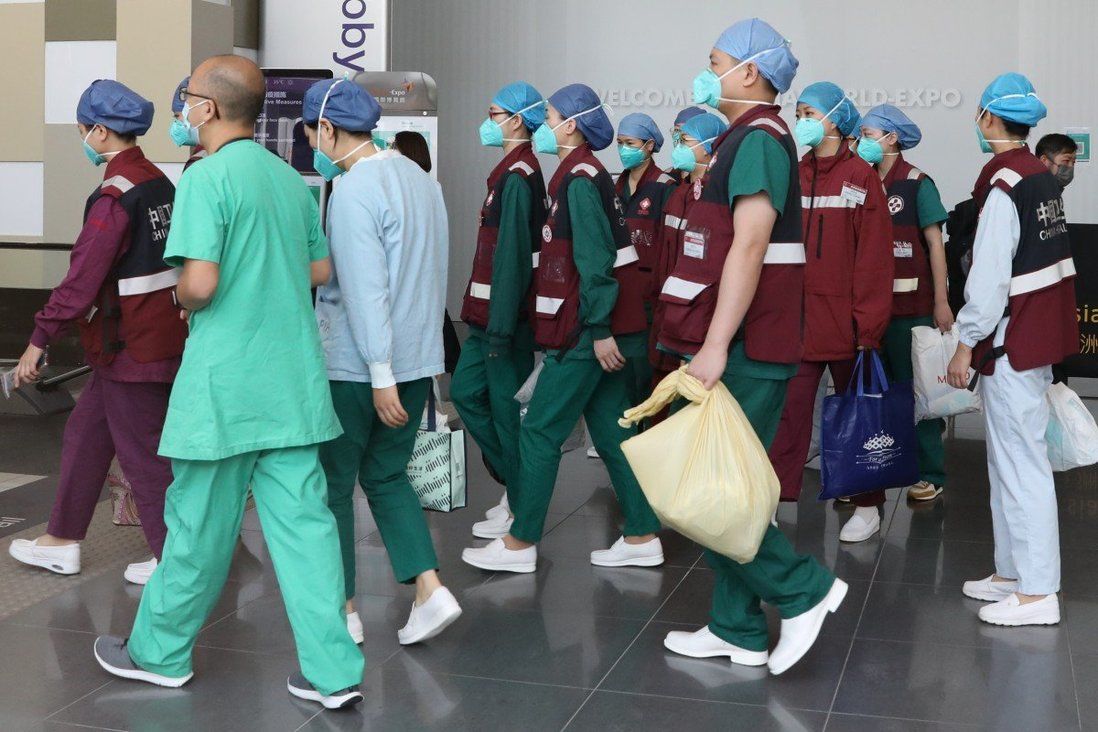 Now News apologises after some in pro-Beijing camp accuse its reporter of hate speech by asking how Covid-19 patients should file any complaints over visiting medical professionals.

A leading media outlet has apologised for a reporter’s question to Hong Kong’s leader about how Covid-19 patients should lodge complaints over mainland Chinese medical professionals after pro-Beijing figures and media accused the journalist of spreading hate speech.

One pro-establishment group on Thursday asked whether the reporter for Now News had breached the national security law and called for her to be sacked, reigniting fears over an erosion of press freedom in the financial hub.

At the daily briefing on the government’s pandemic response held by Chief Executive Carrie Lam Cheng Yuet-ngor on Wednesday, the reporter asked whether a mechanism had been established for residents to lodge complaints over the care they received from doctors, nurses and other health care professionals sent by Beijing to alleviate severe manpower shortages. 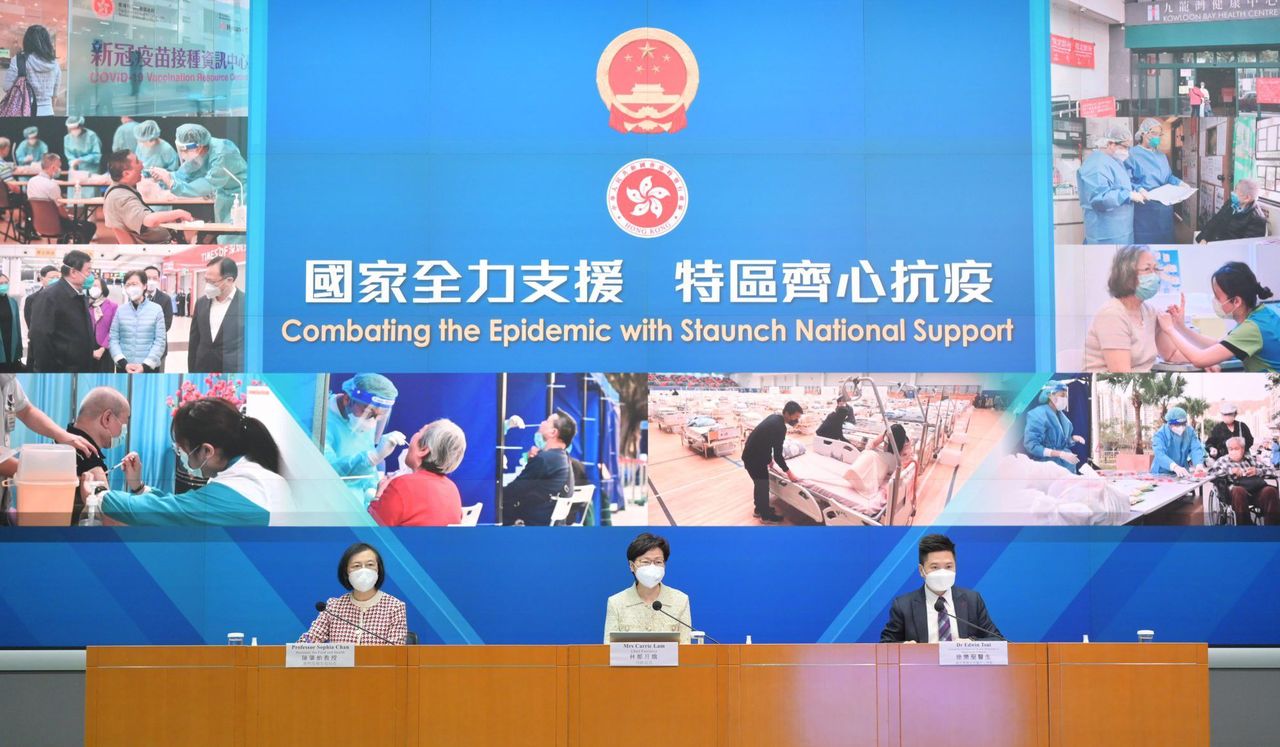 Lam said a sense of gratitude should come first as “every one of them work in a medical institution in the mainland and have their patients to take care of while also having to leave their family behind”.

Patients’ complaints are handled through the Medical Council of Hong Kong, the industry’s registering body, but it does not have jurisdiction over the temporary workers, the first from the mainland to work in the city, as they were exempted from obtaining local licences under an emergency regulation introduced last month. The Hospital Authority said it bore ultimate responsibility for the mainland workers.

While the topic of the health care team’s legal liability had been broached on radio programmes and by the authority and Public Doctors’ Association earlier in the week, the question from the Now News reporter sparked a backlash among some in the pro-establishment camp.

Politihk Social Strategic launched an online petition that accused the reporter of spreading hate speech and questioning whether she breached the national security law. Under Article 29, it is a crime for anyone to provoke hatred among residents “which is likely to cause serious consequences” towards the central or local governments.

The group also called for the reporter to be fired on its Facebook page.

Now News issued the apology on Thursday, saying: “We are deeply sorry for the attention and frustration caused by a question asked by our reporter regarding mainland medical staff.”

The company vowed to “humbly listen to” public criticisms and be subject to scrutiny, while continuing to provide updates on the pandemic.

It added: “With the fifth wave of pandemic still raging, we are very grateful for the selfless help from the central government and mainland.”

The company addressed the incident in a discussion with staff, according to a leaked audio clip obtained by the Post.

Individuals who know Chan Tit-piu, head of news and business information at parent Now TV, identified him as the person telling employees that the reporter’s question failed to align with his own stance or that of the station.

“I feel that many people are trying to slow … [the mainland workers] down. Why should we impose a barrier on them, causing them to be unable to work and diminishing their efforts,” he said.

Chan ordered reporters to run their questions by their assignment editors and said he had not decided whether to fire the journalist, but offered reassurances he would not allow external pressure to dictate his action. It is understood the reporter received a warning.

Chan could not be reached for a comment, but other sources confirmed the meeting took place.

Now TV is headed by tycoon Richard Li Tzar-kai, who was among developers who offered help in combating the pandemic during an online seminar last month chaired by Luo Huining, director of Beijing’s liaison office.

Politihk Social Strategic wrote on its Facebook page on Friday: “We have demonstrated the tremendous power of internet users and will continue to monitor the press.”

Tang Tak-shing, the group’s chairman, could not be reached for comments.

But in a separate Facebook post, Tang said he was approached by another reporter who noted the complaint mechanism was raised by lawmaker Tang Fei, of the Hong Kong Federation of Education Workers, on Thursday.

“It is not that one can’t ask a question. But the goal should be to solve a problem, not picking conflicts,” he said.

Leung asked whether the Now News reporter “had a problem with her brain or was just being malicious”, while pro-Beijing newspaper Ta Kung Pao featured a picture of her and said her question had sparked anger.

The Hong Kong Journalists Association called Now News’ apology “deeply regrettable”, while urging others not to view reporters’ jobs through their own political lens.

It said the question provided the public another opportunity to learn about the complaint mechanism, even though the topic had been raised before, and the way in which Now News handled the matter would only add to self-censorship.

Media lecturer Grace Leung Lai-kuen said the saga demonstrated the “cultural shock” journalists in Hong Kong were facing as the city became increasingly intertwined with the mainland on many levels.

She said journalists in Hong Kong had long been expected to question local officials over their responsibilities.

But the mainland side could be struggling to understand why it is still facing scrutiny while having taken the extra step to help the city, she said.

“I would say things are different now if you ask me whether it has undermined press freedom,” she said.