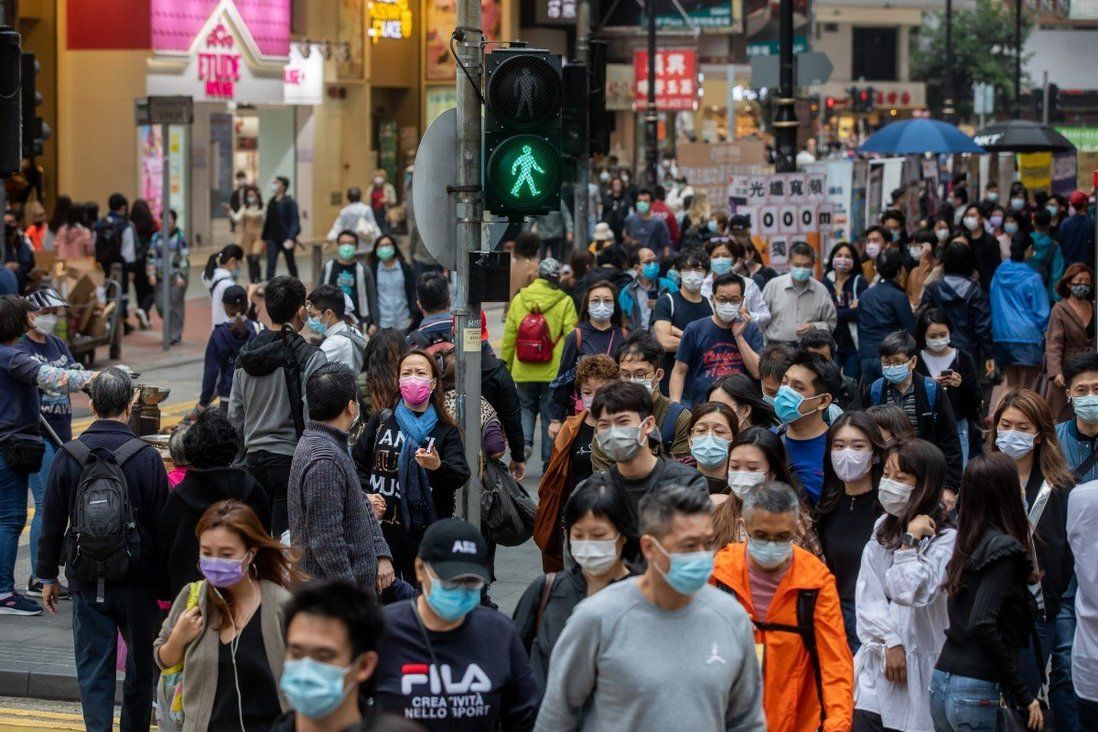 Together, the policies may pull the rug from under the retail investors - particularly punters from mainland China - who are making use of the city’s disclosure and identification loopholes to gain unfair advantage in their bids for stock allotments, seen as sure-fire routes to quick profits.

A number of policies under consideration by Hong Kong’s financial regulators may take some of the sizzle and exuberance out of one of the world’s busiest destinations for initial public offerings (IPOs).

The Hong Kong Exchanges and Clearing Limited (HKEX), the bourse operator, is aiming to use a new platform to pick out investors who use different brokerage accounts to apply for the same IPO, when it rolls out its Fast Interface for New Issuance (Fini) system in the second quarter of 2022.

The Securities and Futures Commission (SFC) will go one step further: a public consultation, under way since December, proposes to set up an investor identification system to augment its market surveillance function and detect possible misconduct. The consultation ended on March 4.

Together, the policies may pull the rug from under the retail investors – particularly punters from mainland China – who are making use of the city’s disclosure and identification loopholes to gain unfair advantage in their bids for stock allotments, seen as sure-fire routes to quick profits. At least one IPO – the HK$2.04 billion (US$263 million) offer last month by New Horizon Health – was overbought by 4,130 times, only to have 11,000 multiple applications found, and rejected. 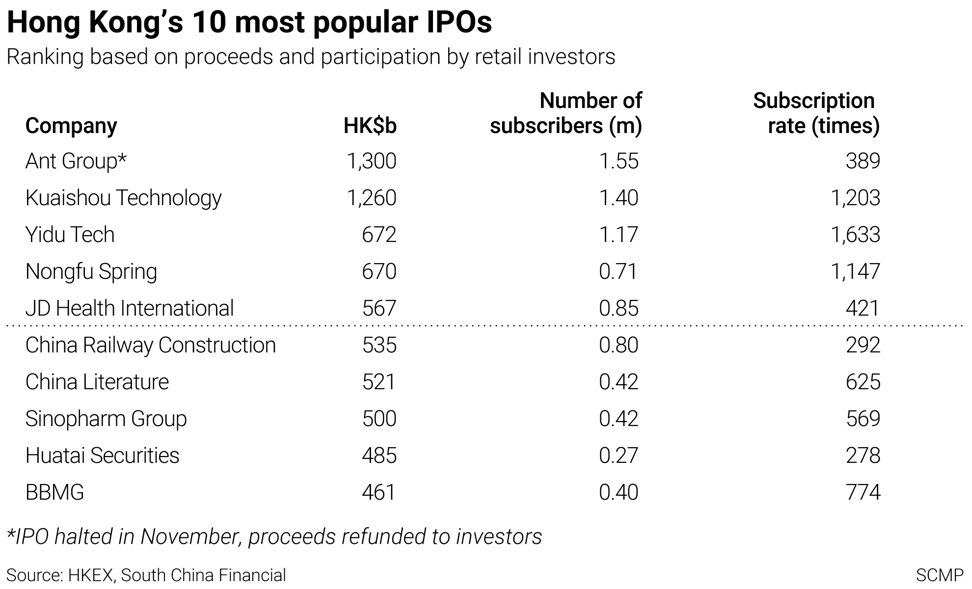 “If Hong Kong implements the investor identification rule, then no one can submit multiple IPO applications,” said Tom Chan Pak-lam, chairman of the Institute of Securities Dealers, an industry guild for more than 600 licensed stockbrokers in Hong Kong. “The proposal would have a big impact to the market, which will be controversial.”

Hong Kong was the world’s top IPO destination in seven of the previous 12 years, with last year’s tally standing at a record HK$398 billion involving 154 companies raising capital in the city. That included nine secondary listings by US-listed Chinese companies that raised HK$131.3 billion. Between 120 and 130 listings are in the works this year, aiming to raise HK$400 billion, according to Deloitte’s forecast.

That buzz has attracted the attention of retail investors. Day traders from mainland China are particularly enamoured of the triple-digit premium that stocks may debut at in Hong Kong, compared with the 44 per cent ceiling that applies to first-day trading on the Shanghai or Shenzhen exchanges. In Hong Kong, as many as half a dozen stocks may also debut on the same day, giving ample opportunity for investors to improve their odds of hitting a jackpot.

David Zheng, who works at a Guangzhou bank, is one such IPO speculator. His profit from subscribing to IPOs last year were equivalent to a fifth of the annual salary of his day job, he said.

“I jumped on the bandwagon because many Chinese tech giants are turning to Hong Kong as a secondary listing venue [after US tightened listing rules],” Zheng said, adding that his key to success was to flip his IPO shares on debut day. “Many mainlanders around me are now trying to find ways to open securities accounts to trade stocks in Hong Kong.” 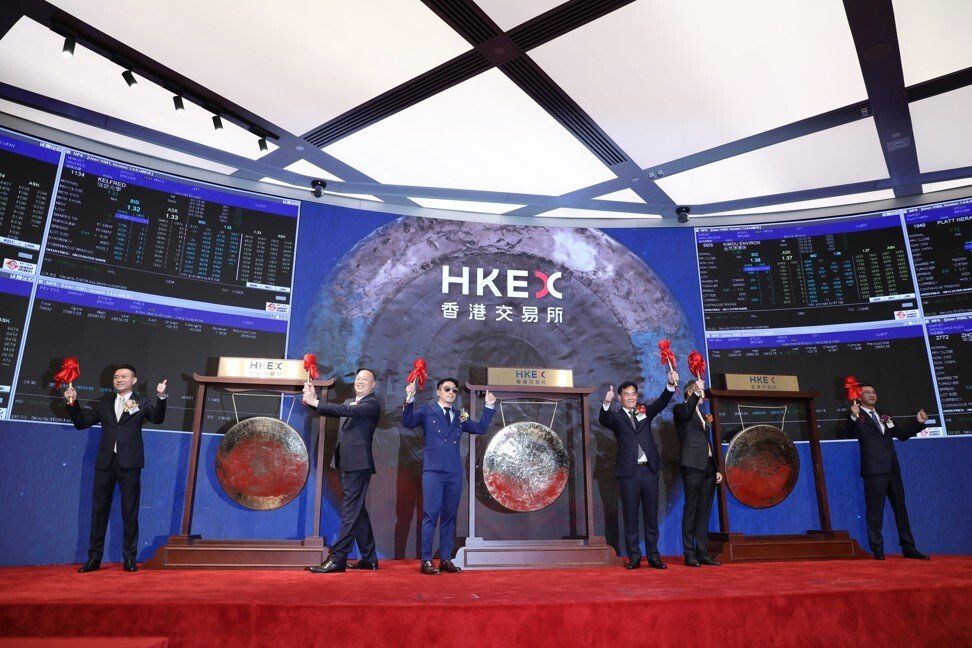 On China’s ubiquitous WeChat social media network, dozens of chat groups abound that offer tips and proffering services to help Chinese retail investors tap Hong Kong’s IPO market. On one such chat, a user identified only as Zhang advised users to gather different identity cards to make multiple subscriptions in Hong Kong’s IPOs, adding that he had earned “millions of yuan” in the past few years. 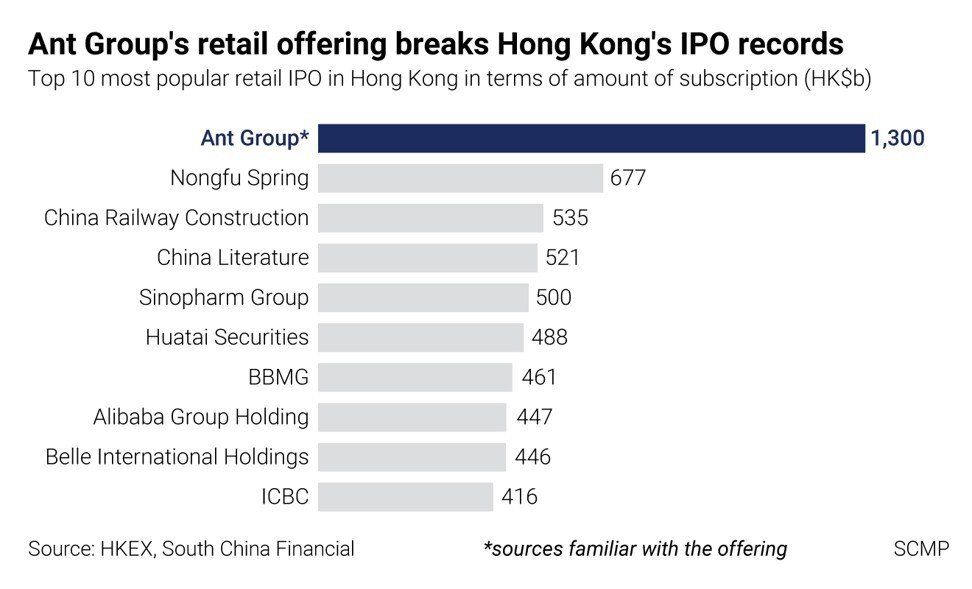 One broker, speaking on condition of anonymity, claimed that he can open an HSBC bank account in Hong Kong, with the prospective customer depositing HK$50,000 for a month at branches in Beijing, Nanjing, Wuhan or Suzhou. The agents charge a 4,000 yuan fee for helping to open accounts in Hong Kong.

Another broker claimed that such accounts are possible via Minsheng Bank for customers working at internet companies listed in the US or Hong Kong. A 50,000-yuan three-month deposit at a Minsheng Bank branch on the mainland leads to an account in Hong Kong. For customers who are not on the list of favoured companies need to deposit 300,000 yuan for six months before they qualify, agents said.

The alleged practices, which violate regulations on the mainland and in Hong Kong, cannot be independently verified.

“Customers who are interested in HSBC services should always approach the bank directly to avoid falling into potential fraud schemes,” said a bank spokesperson in Hong Kong, emphasising that the bank does not allow third parties to help customers open bank accounts. 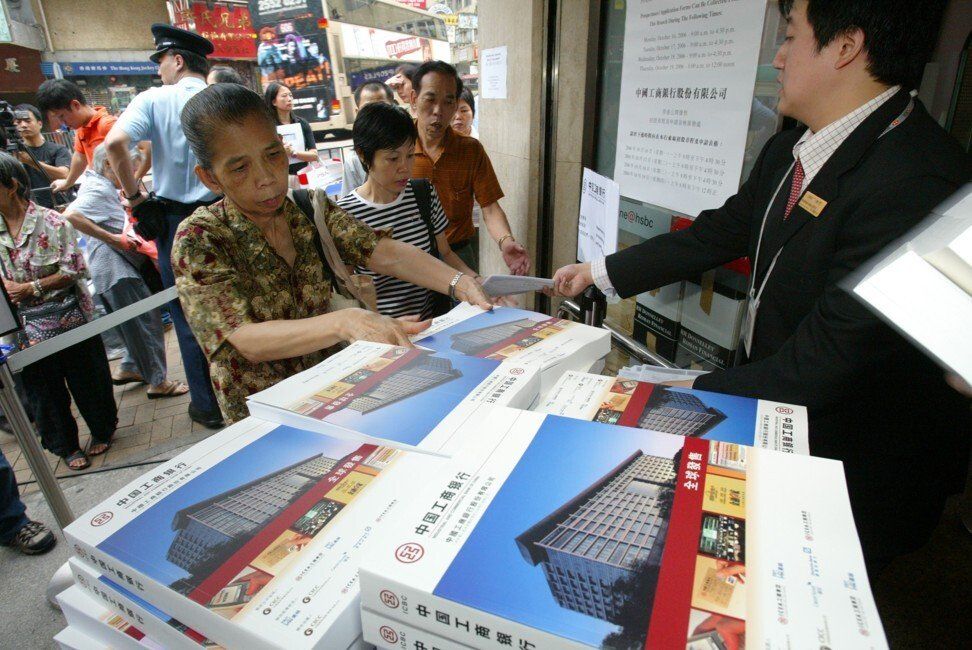 Bank staff handing out application forms to subscribe to the initial public offering of shares by the Industrial and Commercial Bank of China (ICBC), at HSBC's Kwun Tong branch on October 16, 2006. 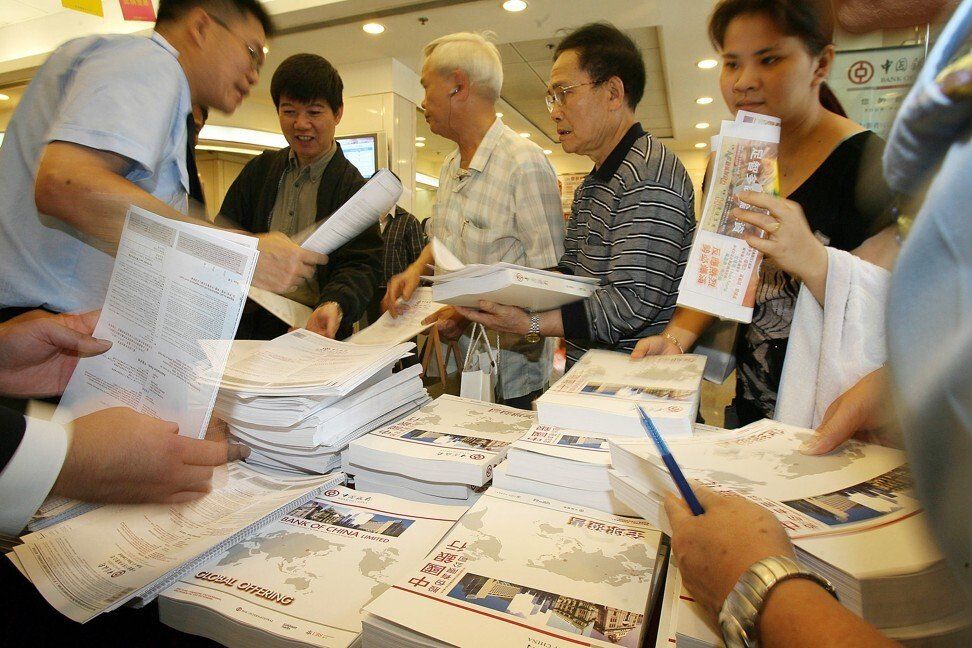 Retail subscribers vying for the prospectuses for the Bank of China's initial public offering (IPO) in Hong Kong on May 18, 2006.

“This is a serious financial crime,” Deputy Judge Eddie Yip Chor-man said while delivering his sentence at the time. The defendants’ actions “have broken the rule that one investor should only apply once in an initial public offering. Their actions have affected the chance for other investors to subscribe to the new shares and have hurt the integrity of Hong Kong’s investment market,” the judge said.

A so-called IPO Connect, on the drawing board since the transborder Connect investment schemes kicked off in 2014 between Hong Kong and Shanghai, may help solve some of the problems with excess speculation in initial stock sales, as it would direct the enthusiasm into well-regulated channels.

But ultimately, it may be a simple matter of demand exceeding supply, said Christopher Cheung Wah-fung, who represents Hong Kong’s financial services industry in the city’s legislature.

“Why do investors break the law to apply multiple times for IPOs? It is because the chance for them to get an allotment is too small,” said Cheung, who is also chief executive of his own brokerage firm Christfund Securities. “If they can get a better chance to get the allotment of the new shares, they will not do the multiple application.”