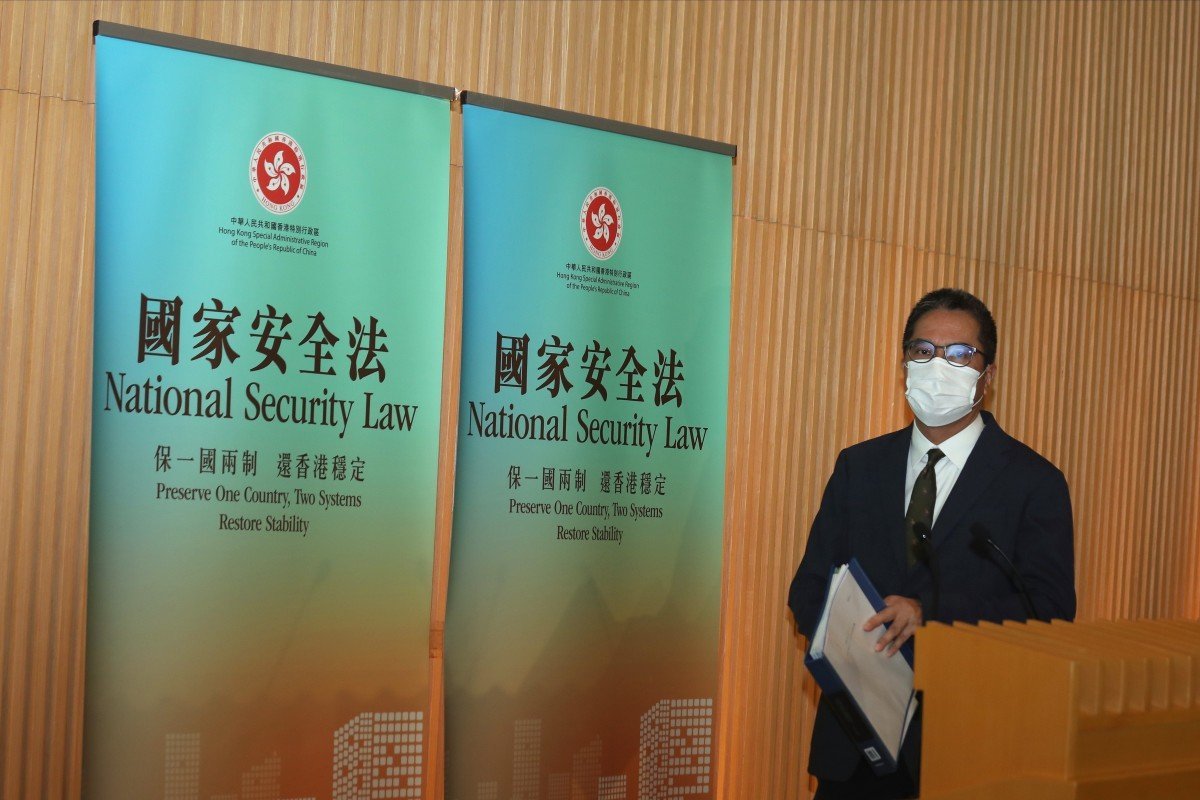 The government and MTR Corporation will put three residential sites up for sale in the quarter ending December 31, Michael Wong, Secretary for Development, said on Monday. Those sites, together with expected contribution from private developers, could add 2,780 units to the market, he added.

They will bring the projected units in the nine-month period to 7,400 units. The government had set an annual target of adding 12,900 new private homes to the city’s residents for the year to March 31 next year. It has also failed to achieve its annual targets in the previous two years.

The government plans to sell a site at the former Kai Tak airport and another on The Peak, capable of offering a combined 630 units of homes. The Mansfield Road site on The Peak was previously withdrawn from the market in October 2018 when it failed to meet the government’s price target.

“It depends on how much land private developers can develop, and their intention to settle the land premium,” Wong said, offering some explanation for the potential shortfall. Some developers are discussing with the government about paying the premium over several big projects, he added.

The deficit underscores the challenges facing Chief Executive Carrie Lam Cheng Yuet-ngor in overcoming the acute housing shortage ahead of her annual policy address for October 14. Hong Kong is the world’s most expensive housing market, where prices have not cheapened far enough to reflect the city’s worst recession on record.

“It’s demand and supply. In times of pandemic, there should be more than 10 per cent of adjustment in property prices,” said Tony Tse Wai-chuen, a pro-establishment lawmaker and chairman of the Development Panel, referring to a government report showing a 1.5 per cent gain in prices this year.

“Officials would argue that they are not deviating too much from their target,” he said. “But the government has been quite irresponsible as they do not even keep track of the average living area of Hong Kong people.”

The two plots of land to put tendered out appear to cater for the middle-to-upper market buyers, according to Tse.

The government plan to divide the lot on The Peak into two smaller parcels to allow more developers to participate in the tender, according to James Cheung, a surveyor at Centaline Surveyors. “It will allow developers to reduce their capital commitments and attract more bidders.”

Some market observers said developers are likely to slow the development progress amid weak demand, as homebuyers stay on sidelines on concerns about the economy and job security. They sold only 40 per cent of 726 units from six projects last weekend in what was the biggest sale in 14 months.

“The government is unlikely to meet its housing target this financial year considering the Covid-19 pandemic and bleak economic outlook has eroded buying interest,” said Thomas Lam, executive director of Knight Frank. “Developers may even defer some construction.”

If allowed to persist, the shortage in home supply could get worse in 2022 and 2023, he added.

“It would be difficult to rely on private developers to meet the shortfall by speeding up the redevelopment,” said Cheung of Centaline Surveyors. “Private builders’ redevelopment progress would be determined by market sentiment. There is less incentive to pursue at a time of growing uncertainties.”

The Federation of Trade Unions lawmaker Michael Luk Chung-hung, vice-chairman of the development panel, urged the city’s leader Lam to roll out a more proactive blueprint in her upcoming policy address.