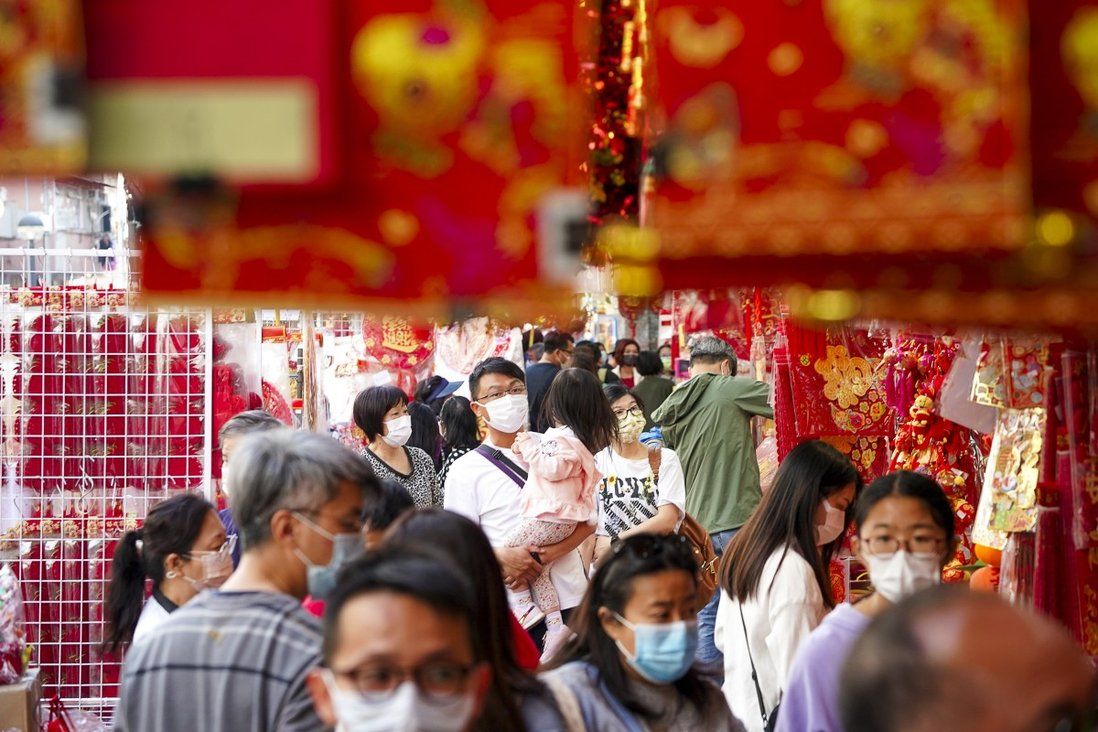 Restaurants can offer dine-in service later into the night with four people allowed per table, while gyms, cinemas and other premises can reopen after the Lunar New Year if the coronavirus situation in Hong Kong remains stable, health authorities have revealed.

But they warned that operators would have to follow new measures to prevent the spread of the disease, including regularly testing employees and requiring patrons to scan the government’s Covid-19 risk exposure app or leave their personal details — a rule industry heads feared could spark arguments with customers who refused to comply.

The easing of social-distancing rules was possible due to the success in minimising infections, officials said, as they confirmed just 17 new cases on Wednesday, the fewest since November 19 when 12 were reported. But a leading health expert cautioned the trend was not changing enough to warrant the relaxations and the caseload could rebound after the festivities. 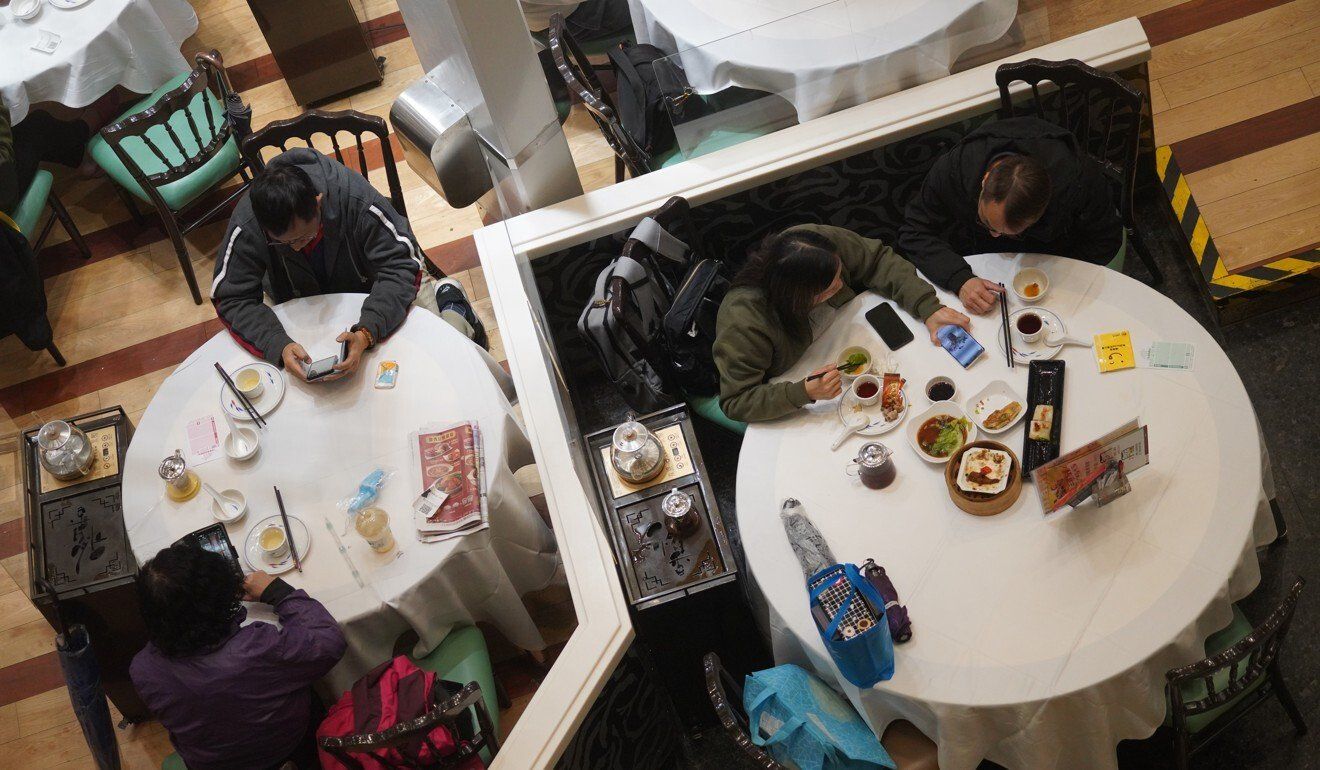 Hong Kong’s restaurants have been under a strict social-distancing regime for months.

In unveiling the proposed changes, Secretary for Food and Health Professor Sophia Chan Siu-chee was cautiously optimistic the city could turn a corner in the fight against the health crisis.

“If all Hong Kong residents can strictly follow social-distancing measures and practise good hygiene, we hope that we can gradually resume normal lives after the Lunar New Year holiday based on the current pandemic situation,” she said.

Restaurants would be allowed to offer dine-in service until 10pm, compared to the current cut-off time of 6pm, and the number of guests per table would be raised from two to four. Businesses that were forced to close months ago – gyms, sport venues, theme parks, cinemas, and beauty and massage parlours – would be allowed to reopen on February 18.

The limit on social gatherings could be doubled from two to four people, although this step must be approved by the city leader’s de facto cabinet, the Executive Council.

But if social distancing is to be relaxed, two conditions must be met, according to Chan.

“First, the pandemic situation does not change significantly from now to February 18,” she said. “Apart from complying with the previous measures … operators must act in accordance with at least two more new anti-epidemic measures.”

Operators will be required to screen all staff for Covid-19 every two weeks and they can go to community testing centres, with no charge for the first three months. Free specimen collection packages will also be available at designated clinics, post offices and MTR stations.

Additionally, operators must ensure patrons scan a posted QR code for the government’s “Leave Home Safe” app or give their personal information if any follow-up inquiries are needed.

Some industries must also implement extra measures. Eateries, for example, will need to install extra ventilation to offer the longer service hours.

Failure to comply could lead to a suspension of business for between three and 14 days, on top of existing penalties. Restaurants would lose the extended hours privilege.

Chan noted the number of daily infections and untraceable cases had dropped after authorities stepped up mandatory testing. The city has pushed down the seven-day rolling average of daily infections from a peak of 75 in late January to 26 over the past week.

All the latest cases were local transmissions, with four of them untraceable. Fewer than 20 people also tested preliminary-positive. The city’s tally of confirmed infections stands at 10,710, with 189 related deaths after an 88-year-old woman with chronic illness succumbed to the disease in the morning.

Chan reiterated the government’s hope that no more lockdowns would be needed until at least after the holiday. Testing of nearly 25,000 residents in about 200 buildings had uncovered 20 infections, resulting in a positive rate of 0.08 per cent, she said.

Defending the scheme’s effectiveness, Secretary for Home Affairs Caspar Tsui Ying-wai insisted even a single infection in the community was too many. When asked whether the government had any criteria to identify an unsuccessful lockdown, he said he could not understand how failure would be defined.

“When residents are too politicised and place their political demands on anti-epidemic works, this is what is disturbing residents,” he said.

But respiratory medicine specialist Dr Leung Chi-chiu expressed reservations about the plans to relax social-distancing rules, arguing the pandemic had not yet eased enough. He warned that with more gatherings and fewer virus tests carried out over the Lunar New Year holiday, infections could surge again.

“The number of cases recently has been on a horizontal trend,” Leung said. “Given that the existing measures have not been able to ensure the number of infections on a continuously downward trend, once the rules are relaxed, a rebound is possible because of higher risks of transmission.”

Even the two new rules on regular testing of staff and tracking patrons would “not be very effective” in controlling the spread, given the delay in cutting transmission chains should a visitor be found to have the virus, he said.

Industry reaction to the proposed changes was mixed. Simon Wong Ka-wo, president of the Hong Kong Federation of Restaurants and Related Trades, predicted the policy relaxation could help boost eateries’ revenue by 30 to 40 per cent.

But Wong said asking customers to use the QR code or leave contact details could result in disputes between diners and employees, adding it was unfair to ask restaurants to shoulder the responsibility of ensuring people followed the rule.

“We are not a law enforcement body,” he said. “We are just providing services. If some customers are not willing to use the app or give us the information, then we can only seek police’s help.”

Ray Or Chuen-ting, convenor of the Fitness and Combat Sports Alliance, which represents more than 200 gym operators, was doubtful the reopenings would have much of an impact on revenue.

Customers were still using their old membership packages after multiple rounds of business suspension, while some had even dropped out, he said.

But Or noted gym centres could easily record customers’ contact details during each visit given the information was already in the system computers.

Meanwhile, residents living on the 14th floor of Oi Wo House at Tai Wo Estate in Tai Po were ordered to evacuate after five infections were recorded in the building, including three of the cases reported on Wednesday. Three of the flats were located on the floor and health authorities feared the virus could be transmitting horizontally.