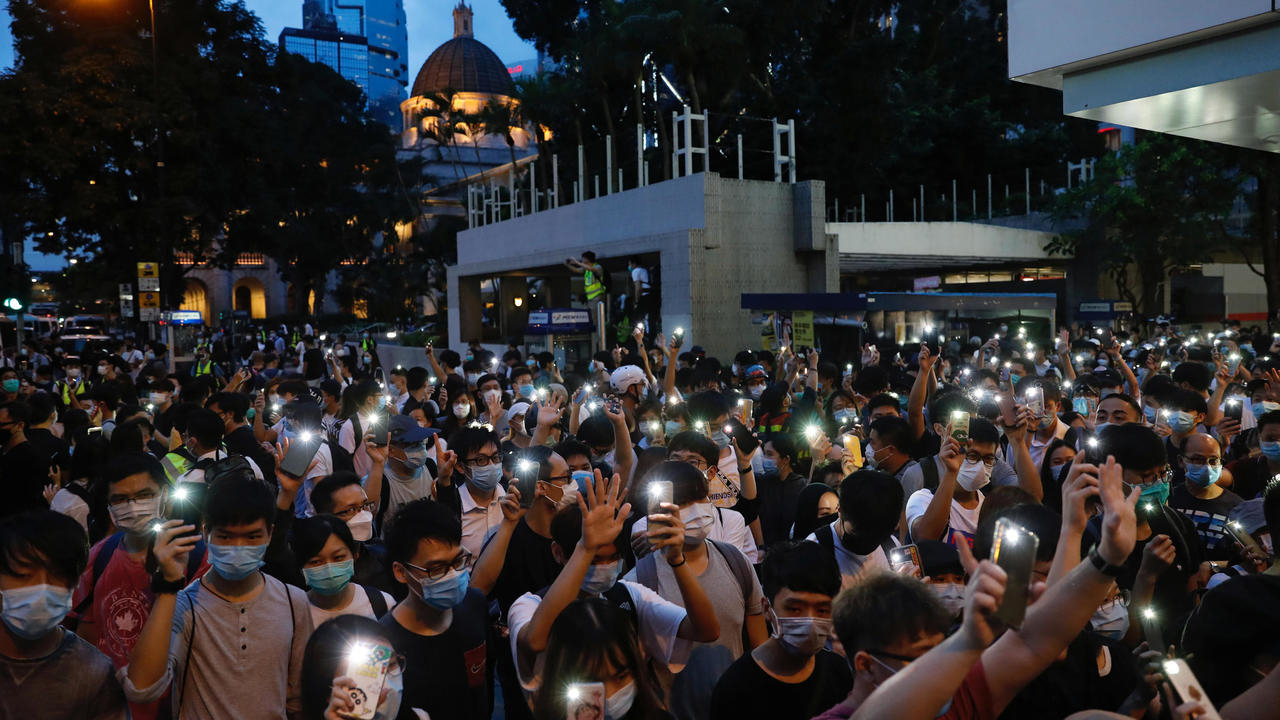 Hong Kong chief executive Carrie Lam said on Tuesday the city cannot bear any more of the chaos that roiled it last year, on the first anniversary of massive demonstrations against her government.

On 9 June, 2019, a huge march attended by an estimated one million people, according to organisers, set the tone for protests against an unpopular bill that would have allowed suspects to be extradited to mainland China.

The government ultimately withdrew the bill last September but increasingly violent protests continued throughout the autumn, culminating in the occupation of several universities by protesters in November.

Lam’s government is expected to face opposition to the National Security Law passed by Beijing’s National People’s Conference last month and which Hong Kong should enact by the end of the summer.

#LIVE: One year ago today, hundreds of thousands of protesters in Hong Kong gathered to press the govt to shelve a bill. But just one year later, most demonstrators chant: “Hong Kong independence: the only way-out!” How many times has the govt failed its people? #HongKongProtests pic.twitter.com/h94u40WCvf

The Chinese and Hong Kong governments insist the law is necessary under Article 23 of the former British colony’s mini-constitution, the Basic Law.

Pro-democracy activists fear it will be even more wide-ranging than the shelved extradition law and will be used to target anyone who expresses dissent, as similar legislation has been used in mainland China.

Senior Hong Kong officials have said only a small number of people will be concerned by the law, and that it would even improve freedoms and democracy in the city.

The Covid-19 pandemic cut the momentum of the protest movement which was rallying hundreds of thousands of people as recently as 1 January. Demonstrators have started coming back to the streets in recent weeks but police have clamped down heavily on unauthorised protests, making hundreds of arrests, of mainly young people, on 24 and 27 May.

Social distancing regulations, which restrict gatherings to no more than eight people, have been extended until August, despite Hong Kong recording only about a dozen locally transmitted coronavirus cases in the past month.

This will, in effect, make legal protests an impossibility in the run-up to the National Security Law’s reading at the Legislative Council.

The more hardcore elements of Hong Kong’s protests have been hard hit by arrests in the wake of last autumn’s university occupations. Recent protests have been mild by comparison but police have shown little mercy even to peaceful demonstrators. The aim seems to be to deter less radical protesters from taking to the streets in the coming months.

But people are still venturing out. The anniversary was marked by small lunchtime gatherings in shopping malls, in stark contrast to the masses that thronged the avenues of Hong Kong Island on 9 June last year.

Like the memorial vigil for the Tiananmen Square crackdown last Thursday, the police took an off-hands approach, even though the gatherings were not authorised.

Later in the day, several thousand staged an after-work protest in the Central business district, marching through the neighbourhood, before being stopped by police, who made a number of arrests.

Protesters’ next focus is an informal referendum on 14 June on calling a general strike. Regaining the momentum of last year’s protests is going to be a tall task but some Hongkongers are prepared to turn out, while they still can.