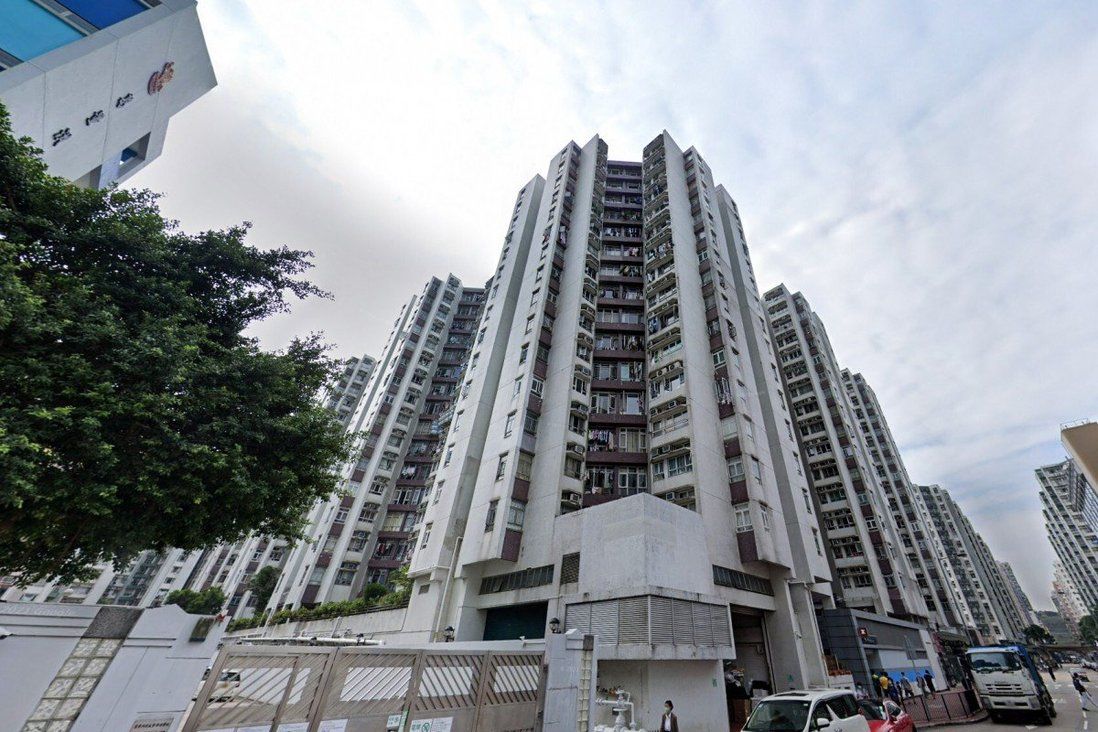 Police were called to the Whampoa Garden flat at 8.39am by the man’s younger son; he and his brother both sustained multiple injuries but survived.
A 48-year-old Hong Kong woman was slashed to death with a knife as she slept in her bed on Thursday morning before her husband attacked their two sons, then took his own life in a suspected murder-suicide, according to police, who said they believed the suspect had been financially troubled.

The tragic events came to light at 8.39am as the injured younger son, 15, called police after the 49-year-old father attacked the entire family with knives at their home in Whampoa Garden, Phase 5 Oak Mansions, then locked himself in the kitchen.

Arriving at the scene eight minutes later, officers discovered two heavily injured sons and the wife, who was unresponsive in a pool of blood in the bedroom with multiple slash wounds to her neck. After breaking into the kitchen, police found the 49-year-old man severely injured, with a knife next to him. The family’s dog had also been killed.

All four family members were rushed to Queen Elizabeth Hospital, but the husband and wife, each with four to five knife wounds to their necks, were certified dead at about 9.15am.

Chief Inspector Wong Sai-kwan said officers believed the husband first attacked his wife as she slept, then the two sons, the older of whom was 18. After struggling with his sons, the man locked himself in the kitchen, where he slashed his own neck.

Wong added the husband ran an IT business and had been experiencing financial difficulties over the past six months, which may have triggered the tragedy. Officers seized three ceramic knives at the scene believed to have been used in the attacks.

“Our investigation has shown his company ran into financial trouble. As no notes were left at the scene, we suspected the financial problems were behind the attacks,” Wong said at a press briefing, adding investigators were not able to speak to the sons yet.

The elder son suffered wounds to his chest and hand, while his brother had injuries to his jaw and the back of his neck.

Wong said the couple had been married for 25 years with no previous reports of domestic violence, and that no one in the family had a known history of mental illness. Neighbours also said they had not heard any arguments.