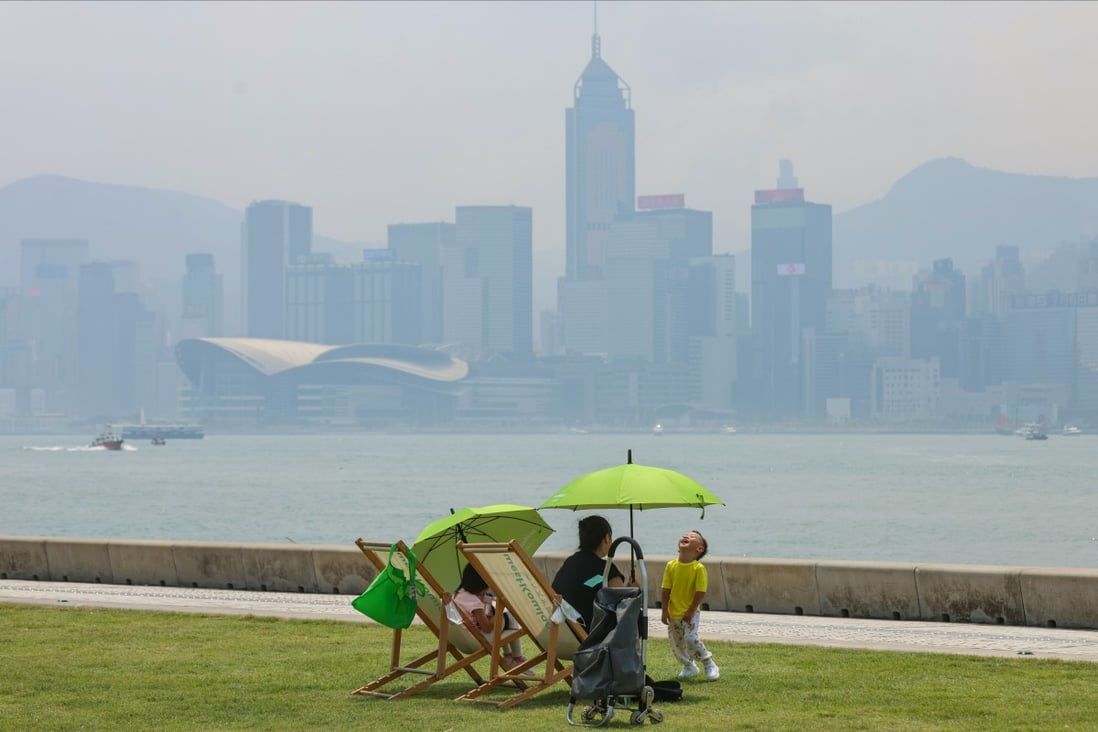 Observatory warns extreme heat will continue until early next week due to dry continental airstream.

The Observatory also warned that the extreme heat would continue until early next week.

“A dry continental airstream will bring persistently very hot and fine weather to southern China this week to early next week,” it said in a nine-day forecast. 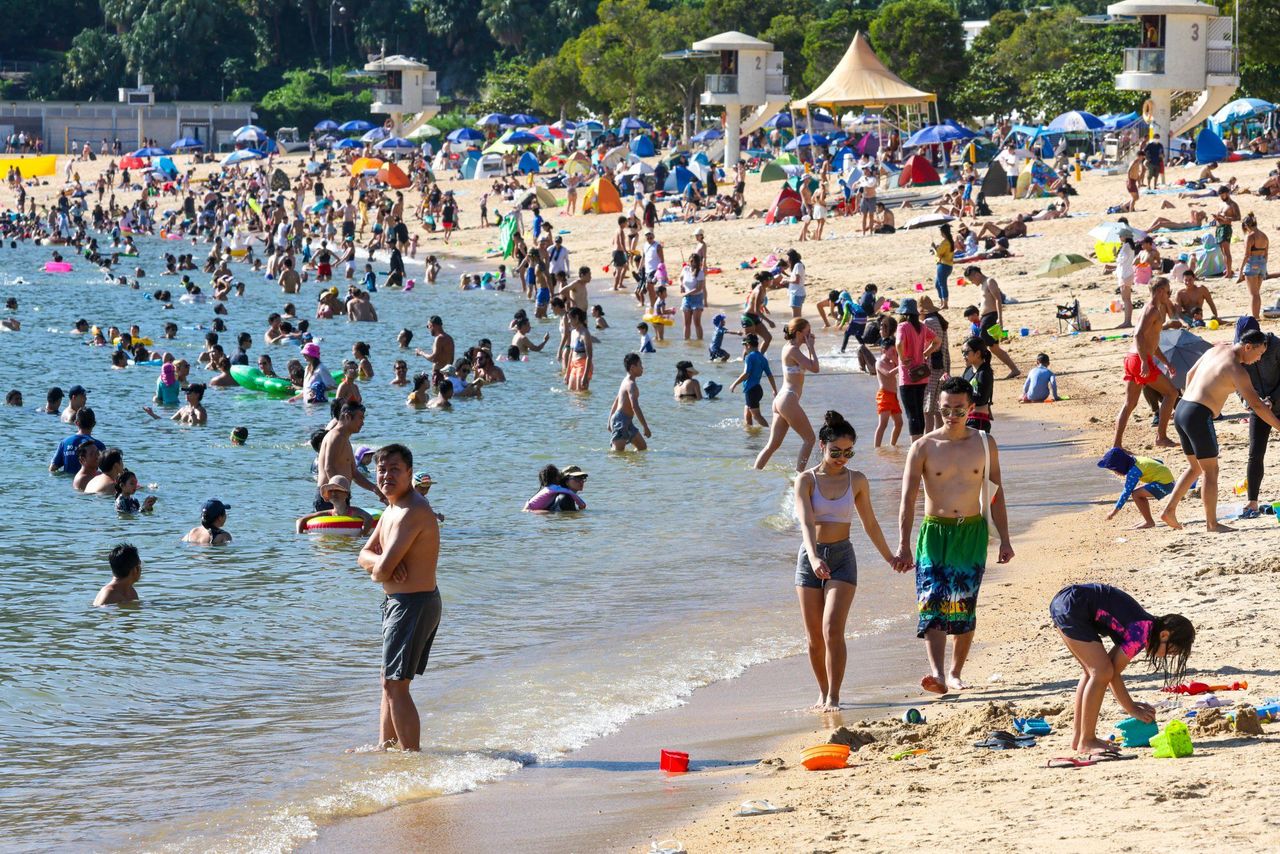 According to the Observatory, very hot weather is expected to last until next Monday.

At 1.30pm, the forecaster logged a temperature of 35.9 degrees. The figure broke the previous record for the highest temperature in September reported last Monday, 35.3 degrees, which itself toppled a record of 35.2 degrees noted in 1963.

Some areas recorded temperatures above 36 degrees in the afternoon, including Happy Valley and Sheung Shui where mercury soared to 37.3 degrees and 37 degrees, respectively.

According to the Observatory, very hot weather is expected to last until next Monday, followed by occasional showers starting next Tuesday.

The forecaster issued the “very hot weather” warning, meaning daytime temperatures might reach 33 degrees or above. It also raised the red fire danger warning, indicating that the countryside would be extremely prone to fires.

Health authorities warned the public to take precautions against heatstroke and sunburn, especially for those who had to participate in outdoor activities.

“The public should carry and drink plenty of water to prevent dehydration while engaging in outdoor activities,” the Centre for Health Protection said. “Those engaged in strenuous outdoor activities should avoid beverages containing caffeine … as well as alcohol, as they speed up water loss through the urinary system.”

Members of the public should pay extra attention to children, the elderly, the obese and those with chronic illnesses as these groups were more vulnerable to heatstroke, health officials added.

The Labour Department said employers should assess the risk of heatstroke for workers and adopt effective preventive measures, such as providing cool drinking water and setting up temporary sunshades. 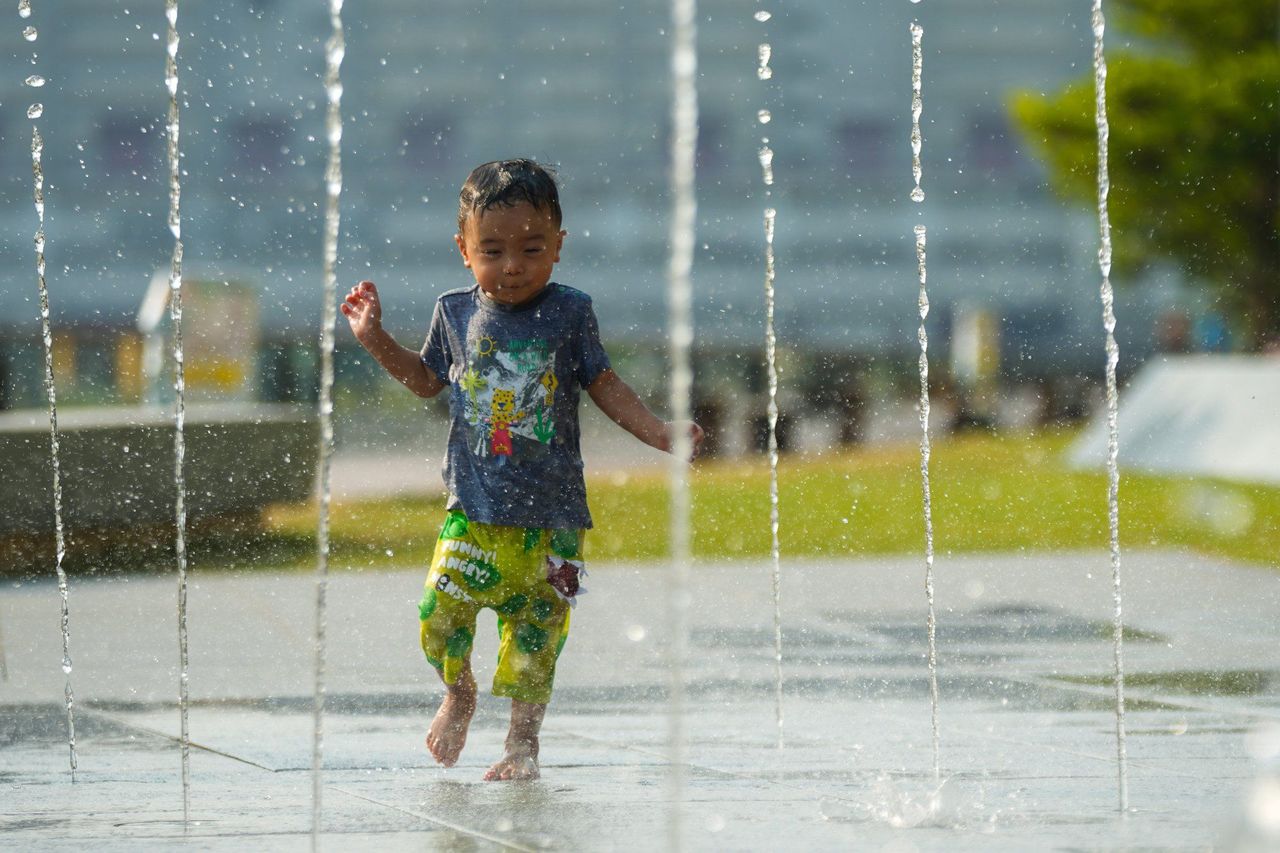 Health authorities have urged the public to take precautions against heatstroke and sunburn.

Environmental authorities said the heat had led to conditions that were unfavourable to pollutant dispersion.

Ho Lok-ping, a scientific officer at the Observatory, explained: “Weak wind is not ideal for pollutant dispersion and facilitates the formation of haze.”

“When the air quality turns bad, they should increase airflow indoors by opening windows and turning on air purifiers. It will help neutralise the pollutants indoors and minimise their impact on the patient’s respiratory tract,” he said.

He added that those who wore masks were less likely to inhale air pollutants like PH2.5.

But he warned that people who exercised outdoors without a mask were more easily exposed to air pollutants, which might intensify symptoms for those who suffered from chronic obstructive pulmonary disease or even just the common cold.