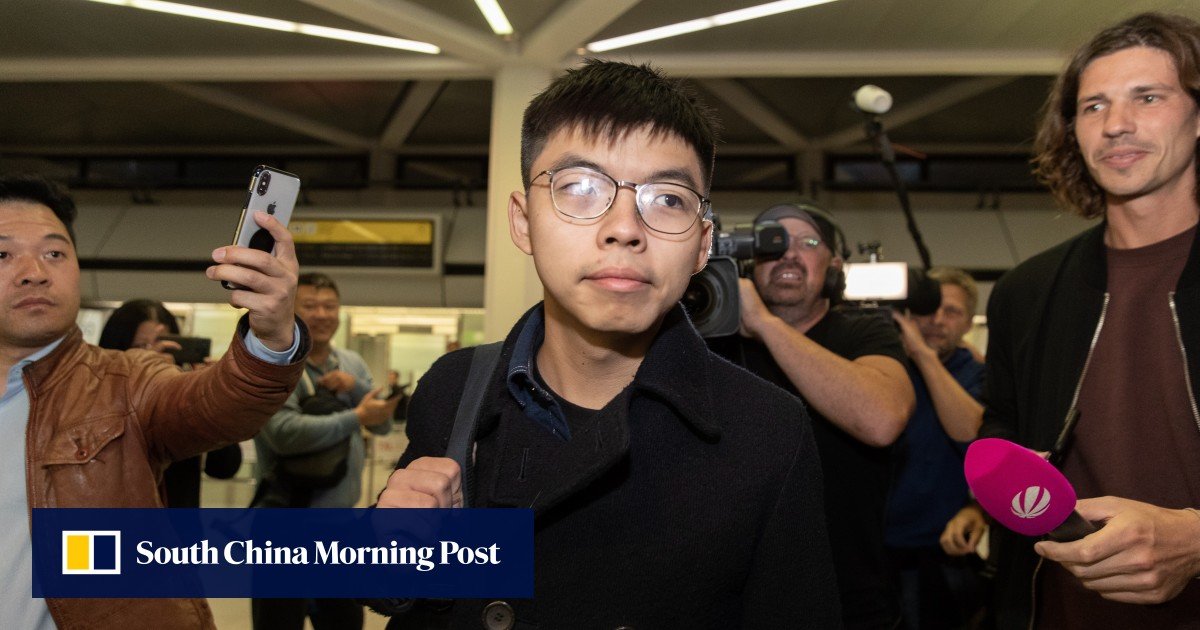 Activist calls city a bulwark between free world and ‘dictatorship of China’. Wong was earlier arrested at Hong Kong airport after mix-up over bail conditions.

Comparing the struggle of Hong Kong’s pro-democracy protesters to the role of Berlin during the cold war, activist Joshua Wong told an audience in the German capital that his city was now a bulwark between the free world and the “dictatorship of China”.

The 22-year-old activist, who was in Berlin for a newspaper-sponsored event at the German parliament celebrating human rights activists around the world, pledged that protests would not be lulled into complacency by the decision of the city’s government to drop a contested new extradition law.

“If we are in a new cold war, Hong Kong is the new Berlin,” he said in a reception space a stone’s throw from the Berlin Wall on the roof of the Reichstag building, which for decades occupied the no-man’s land between Communist East Berlin and the city’s capitalist western half.