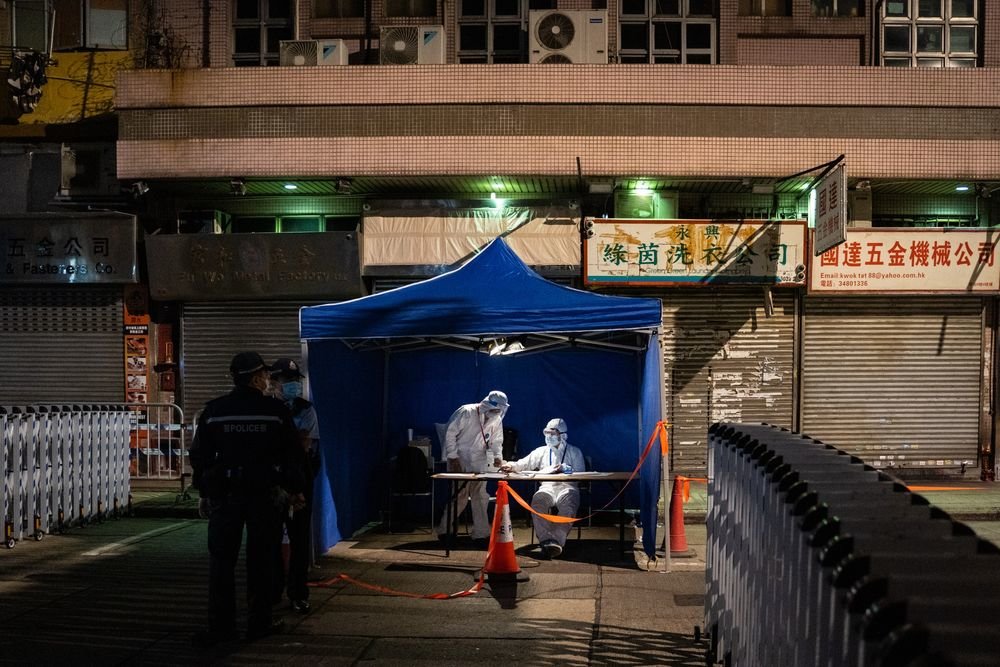 Hong Kong lifted a second neighborhood lockdown in part of the densely-populated Kowloon area after the city completed a round of virus testing aimed at ending a fourth surge of coronavirus cases.

The government tested about 330 people and found one confirmed coronavirus case, it said in a statement, after locking down a small part of Kowloon’s Yau Ma Tei neighborhood that began at 7 p.m. local time.

The zone is near where a targeted, two-day lockdown took place over the weekend that tested about 7,000 people. That operation, which involved scores of government workers wearing full protective equipment, was Hong Kong’s first such move since the global pandemic began.

The city has generally deployed a mix of lesser social distancing measures ranging from group gathering bans and opening hour restrictions, to the temporary closure of businesses deemed high risk.

The government had earlier warned that it would implement such lockdowns as needed in order to battle the fourth wave of Covid-19 cases in the city. Hong Kong reported 64 new coronavirus cases earlier Tuesday.

“If there is such a need, obviously we do not rule out the possibility of any future operation like this,” Food and Health Secretary Sophia Chan had said on Sunday at a media briefing.

The ultra-dense city of 7.5 million -- which was scarred by the severe acute respiratory syndrome, or SARS, outbreak in the early 2000s -- has seen just over 10,000 total cases and 172 deaths since the pandemic began.

However, there has been growing frustration about the sometimes erratic nature of the virus measures, which have seen certain businesses and schools shuttered for months on end, sometimes with little warning.

The government argues that such flexible measures avoid the need for lengthy, draconian lockdowns, which officials view as impractical in a city of tiny apartments, some of which lack full kitchens and bathrooms.