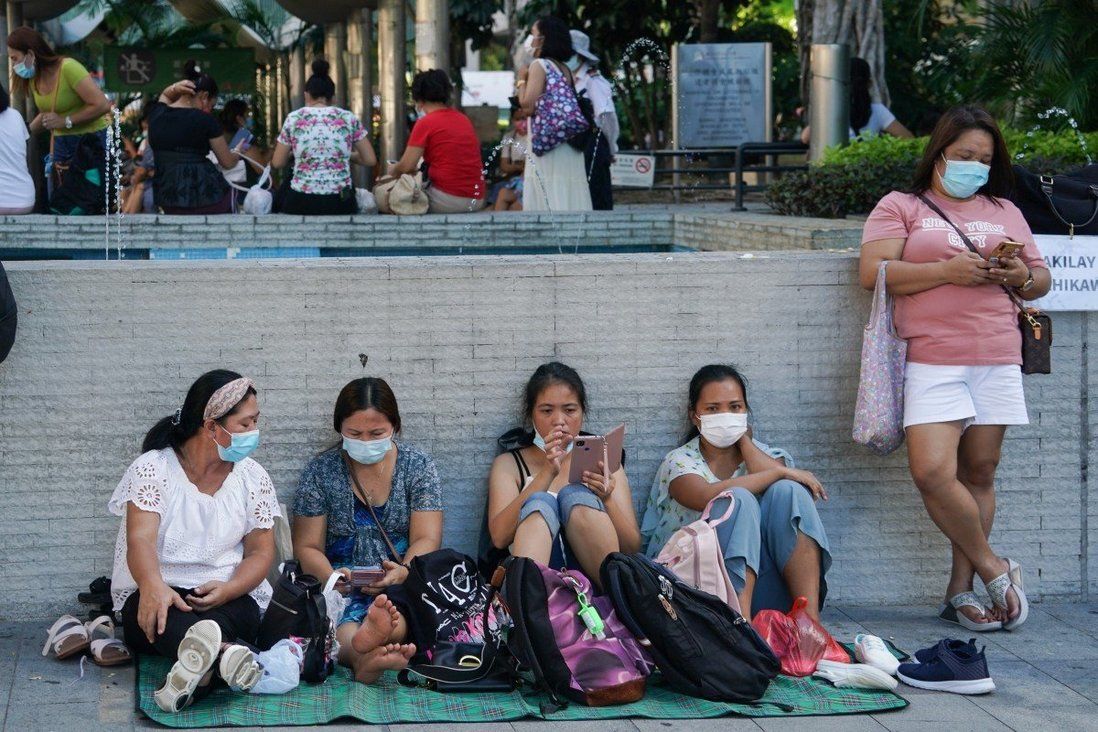 Entry for such workers will be allowed from Monday on condition they quarantine for 21 days in a single designated 409-room hotel on arrival in the city.

Fewer than 20 domestic workers a day will be able to land in Hong Kong when a new scheme allowing entry to helpers vaccinated in the Philippines and Indonesia starts next week.

Labour minister Law Chi-kwong said on Thursday that Hong Kong would tread carefully under the fresh approach to recognising the countries’ Covid-19 inoculation records to avoid compromising local efforts in containing the pandemic, while also relieving a shortage of helpers in the city.

The entry ban was lifted as Hong Kong confirmed three new Covid-19 cases on Thursday, all imported and carrying the L452R mutation which is linked to the more infectious Delta coronavirus variant and others.

The infected travellers arrived from Nepal, Greece and Pakistan, with the cases pushing Hong Kong’s confirmed tally to 12,077, with 212 related deaths.

About 20 people tested preliminary-positive for Covid-19 on Thursday, all of whom are imported cases, according to a source. If these cases are confirmed on a single day, it will mark the highest daily infection tally since April 18, when the city recorded 30 new patients.

Qatar Airways has also been banned from operating its Doha-to-Hong Kong route from Friday to September 9, after a passenger was confirmed with Covid-19 upon arrival and two travellers failed to comply with the city’s health rules.

Helpers who were fully vaccinated in the Philippines or Indonesia will be able to enter the city from Monday, with authorities reserving a 409-room hotel for them to undergo mandatory quarantine.

The Silka Hotel Tsuen Wan is designated exclusively for inbound domestic helpers to undergo 21 days of hotel isolation, charged at a rate of HK$800 (US$103) per night, or HK$16,800 for the three-week package.

Law said the new strategy was based on helpers coming to the city in a “gradual and orderly manner”.

“The whole issue is how to balance the need for families in Hong Kong to employ domestic helpers … and to ensure that we will not allow the virus to infiltrate our community,” Law told reporters.

The Labour Department confirmed on Thursday that bilateral agreements to recognise inoculation certificates had been reached with the governments of both the Philippines and Indonesia, where most of the city’s 370,000 helpers come from.

Under the current rules, people holding Covid-19 vaccination records issued by the two Southeast Asian countries are banned from entering Hong Kong from those destinations because the city does not recognise their certificates.

The new approach would initially allow for the daily arrival of fewer than 20 helpers coming to the city because of the limited space available, Law said. Before the Covid-19 pandemic, an average of about 500 helpers would arrive in the city per day.

Authorities were looking into adding another designated quarantine hotel for workers and were exploring other options, Law added.

“It depends on the progress, the risks we are facing and the whole situation, particularly in the places of origin for domestic helpers,” he said.

An earlier outright ban on flights in response to imported cases from the two countries has made it difficult for domestic workers get into Hong Kong over the past year or so, creating workforce shortages.

The Philippines previously estimated that about 3,000 workers were awaiting deployment to Hong Kong and stood to benefit from the city’s new approach.

Inbound domestic workers must present a vaccination certificate issued by the Indonesian or Philippine authorities when boarding a flight to the city.

Arrivals must show a recognised certificate issued by the Indonesian government along with a confirmation letter from the country’s health ministry, or the internationally approved “yellow card” as issued by the Philippines’ quarantine bureau.

Law reminded workers it was their responsibility rather than their employers’ to ensure they had all the necessary documents for entering the city.

Under Hong Kong‘s quarantine laws, a person who knowingly or recklessly gives false or misleading information is liable on conviction to a fine of HK$25,000 and six months in jail.

Domestic helpers who were fully vaccinated in Hong Kong and certified by the Department of Health were previously given approval to return to the city from group A countries on August 9. 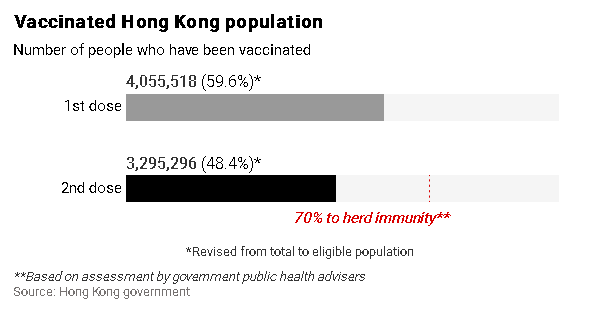 The chairman of the Hong Kong Union of Employment Agencies, Thomas Chan Tung-fung, said the cost of the quarantine hotel was higher than expected, adding that prospective employers were generally hoping to pay between HK$8,000 and HK$12,000 per worker.

The cheapest room on the quarantine hotel list for other travellers is HK$480 per night.

He also said city authorities had to reserve at least 1,000 quarantine hotel rooms to keep up with the demand for domestic helpers. Chan earlier estimated that about 6,000 domestic helpers were stuck in Indonesia and the Philippines.

Chan also emphasised that agencies should make it clear to domestic helpers that employers must bear the full cost of flights and quarantine.

“If the employer of the domestic worker threatens to force the helper to pay the quarantine costs, the helper must report it immediately to the recruitment agency or the Hong Kong Labour Department,” he said.

To cope up with the shortage of domestic workers, Chan suggested the allocation of helpers could be done through a scoring system, giving priority to households with newborns or people with serious physical disabilities.

Chief Executive Carrie Lam Cheng Yuet-ngor said two days earlier that the plan to allow helpers back into the city was aimed at meeting the essential needs of Hong Kong residents.

“The number of domestic helpers who can come back to Hong Kong through this special arrangement has to be rationed and controlled,” Lam said on Tuesday.

“We cannot allow thousands of helpers to come in every week, otherwise the chance of having more confirmed cases either discovered at the airport or during the quarantine period will overload the Hong Kong public hospital system.”